The Predator – The Fun is in the Chase, Not So Much It’s Conclusion. 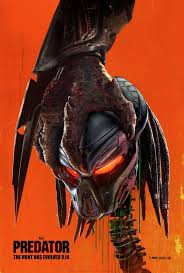 Shane Black returns to the franchise that started it all for him, The Predator. His take on it? Well, it’s pretty Shane Black-y for better or worse.

While the Predator fans of the internet have clamored over the expected steaming pile, gobbling up the leaked set photos, the scripts, and more, the final product has arrived and is different than expected. Not better. Different.

Boyd Holbrook (Netflix’s Narcos) is Quinn McKenna, a special forces sniper whose squad are in Mexico, assassinating cartel members and rescuing hostages. But the job goes wrong. A crashing alien ship and its occupants break up the partying, killing most of the squad.

Holbrook survives, takes evidence of the crash and goes about his way, mailing the package to his kid. This sets off a chain of events, as Predator hunts down his missing gear, the government hunts down it, and Boyd just tries to get home for his boy. Oh, and there’s a SUPER Predator who is on the hunt as well.

The movie ain’t half bad. It has humor and pokes fun at itself, which in this unnecessary and maybe even unwanted sequel makes for some good will. Scientists recognize that the Predator isn’t really a predator for instance, more of a trophy hunter. Some jokes land well, some flub but what can you do, it’s rare to bat a thousand (that’s a baseball reference, I hope I used it correctly).

What really works and what really endears, are the main cast of ‘Loonies.’ Early on Holbrook links up with Group B, a group of former vets who have gone through various odd, traumatic experiences in the service and are now a crew of crazy soldiers. They bust each other’s balls, they fight, but they care for each other. They each have their quirks andtheir clear role in the group.

This group is so charismatic (I guess? I dunno, I liked ’em!) that Boyd Holbrook’s character is much more unlikable against them. It’s a strike against it, that the main character is a bit of a bore, but hey.

The movie is violent. People get blown apart, slashed to ribbons, crushed, etc. etc. etc. If you are looking for a movie where an alien gruesomely murders humans in a manner of ways, well hey this is the movie for you. But check your brain at the door. It posits the trope of autism = superpower, sets up an unnecessary sequel in the most awful way I have seen (well since The Mummy at least) and has such an oddly chopped up third act that it falls apart completely and draaaags to it’s finish.

It’s a bummer, but its what we got. Shane Black’s The Predator is not the best entry in the franchise, and depending on whether you got the AvPs, may, in fact, be battling for worst. But it has its moments. You probably don’t need to see this, but if you go in with reasonable (read: low) expectations you just might find something to enjoy.