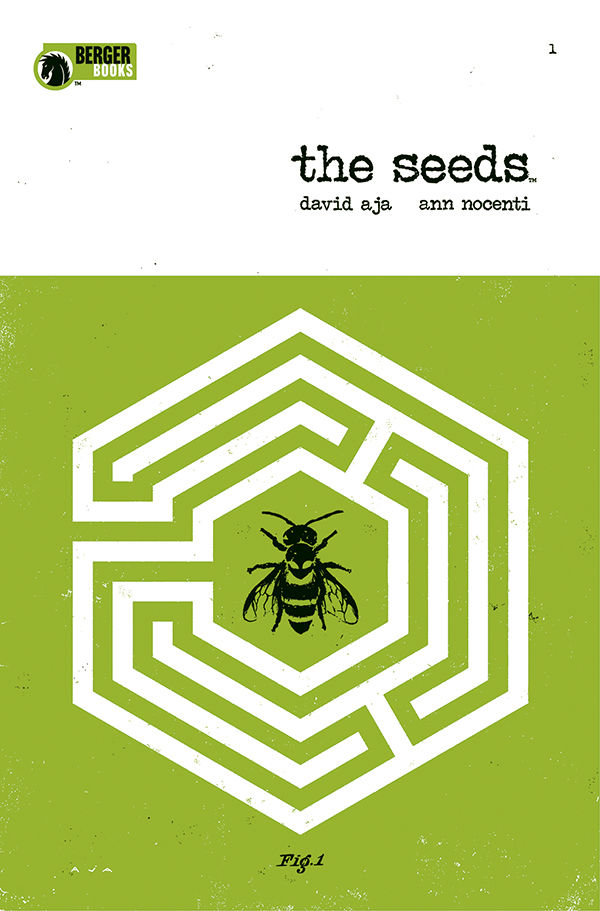 Despite having one of the shortest creative gestation periods, comics often feel almost unbearably behind the times, even when attempting to tell ripped-from-the-headlines stories or capture the zeitgeist. Some of this is a symptom of the business so many series exist within, governed by massive corporations that have a vested interest in avoiding anything but the most carefully contained controversy. It often takes a creative team with a distinct, uncompromising vision and an editorial department willing to bet on a series to really capture a moment.

The Seeds, written by Ann Nocenti with art and colors by David Aja, is certainly telling a story of a moment not unlike our own. It’s a splintering, sprawling narrative for a debut issue. It is one that demands multiple reads and begs to be sifted through with a fine-tooth comb.

The apocalyptic wasteland of the title is stark, not just color wise but in terms of theme. There is little room for anything but absolutes in a world the characters acknowledge is destroyed.

After some hinted at collapse, the planet has been divided along places where technology works and where it doesn’t. The majority of humanity is hunkered down, trying to ignore how truly ruined life is with a steady diet of drugs, tabloid news, and guilt-free sex.

Still, not everything is as it appears. Astra, a truth-seeking photographer and reporter wants to tell a story more important than what the hot new club drug is and stumbles into something much bigger. Lola, a young, sexually confident woman finds something like a connection but buries herself in another life online.

Then, there’s Race, who’s probably an alien collecting DNA samples from the women he comes in contact with.

That last point, and the aliens in general, feel the most at odds with the rest of the comic and that’s kind of the point. The Seeds borrows heavily from the mythology and imagery of The X-Files, the quintessential and timely piece of ‘90s paranoia and the threat here is just as strange and nebulous as the one Mulder and Scully faced.

The aliens here are a mix of symbol and real threat, with the cliche grey that Astra spots at the end leagues away from the real threat. Race and his kind represent a more insidious threat cataloging and worming its way into every moment of human life.

These are some big ideas but it’s incredible how well Nocenti and Aja capture the smaller ones too. A scene between Astra and her editor at a Vice-esque publication perfectly captures the edgy, zeitgeist-chasing publication of our era. It’s done in a very limited color palette, all whites, blacks and washed-out greens.

Likewise, the post-sex talk between Lola and Race captures their intimacy and closeness well while emphasizing Race’s strangeness and her aloof attraction.

That connection between empathy and oblivion makes for a comic that feels right for our sometimes apocalyptic era. It’s hardly a surprise to see The Seeds as part of iconic editor Karen Berger’s Berger Books imprint at Dark Horse Comics. Despite how different the books look and read, The Seeds feels like a spiritual successor to comics like Sandman, The Invisibles and Preacher in just how expertly it captures a singular moment in time.