The Incredibles 2 is Family Friendly Fun with Familiar Superheroes

If you, like me, have been eagerly awaiting the follow-up adventure of The Incredibles you will almost certainly enjoy The Incredibles 2, just keep your expectations in check. It is a lot of fun, some good laughs and a warm embrace from the family we’ve been missing for 14 years. 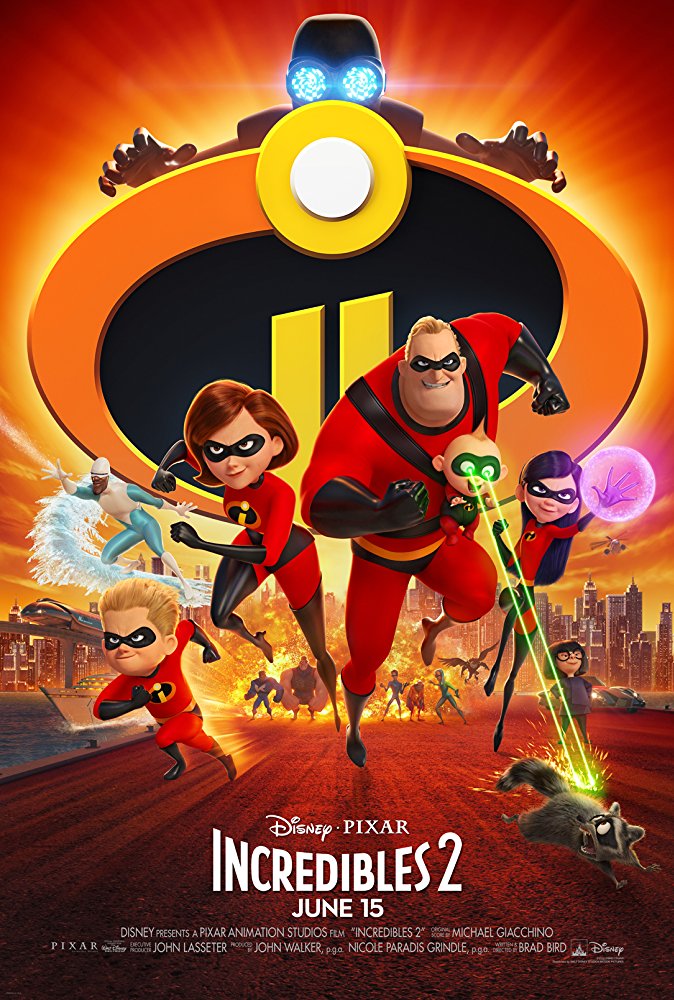 
Rating:
After a long, long agonizing wait the Parr family has finally returned! Incredibles 2 picks up immediately where the first ended. We see the results of the Underminer’s attack on the Googie landscape of Metroville. In the fallout, the government team helping the Parrs relocate is shut down. It’s time for these supers to get a real job… or is it? In steps Winston Deavor, a communications mogul who is looking to get supers back in the spotlight.

And so we begin another adventure with Helen/Elastigirl taking the lead as she goes out there to make superheroes great again, meanwhile Bob takes care of the kids. And ya know? The part we all expected to be the worst, the focus on baby Jack-Jack? It’s absolutely not! It is surprisingly hilarious watching him grow into his wild collection of powers and do battle with, well whatever it is babies struggle against. Mostly hunger I suppose.

The movie is funny, but it isn’t anything particularly special. It’s more of the same which, for The Incredibles and Brad Bird, is a delightful, funny, family friendly, nice trip with a superhero family. Remember, the first movie came out Pre-MCU, before we fully entered supersaturation with the competing cinematic universes and spin-offs, crossovers, etc.

In its own way, it rejoins that genre with a story we have yet to get from the traditional family of heroes (Fantastic Four), the family of powered individuals handling work/life balance and saving the day.

That’s another gold star for The Incredibles 2. In any media, when the mom goes back to work and the dad takes the lead, he is inevitably depicted as an inept caretaker. While Bob might not be the picture perfect dad, he’ll be damned if he isn’t going to try and crush it. He’s Mr. Incredible!

The plot itself revolves around better marketing for superheroes and in opposition, the genuinely creepy Screenslaver. But aside from his creepiness, really, it doesn’t mean much. His plot is just that people would be better without superheroes to rely on, so he hopes to maintain the status quo via controlling people through hypnotizing screens. It’s not bad.

If you, like me, have been eagerly awaiting the follow-up adventure of The Incredibles you will almost certainly enjoy the movie, just keep your expectations in check. It is a lot of fun, some good laughs and a warm embrace from the family we’ve been missing for 14 years. Oh and Frozone. God bless him.