‘Nerdy contemporary’ books are all the rage these days and we couldn’t be more thrilled about it. Cecil Castellucci’s latest novel, Don’t Cosplay With My Heart, puts a positive spin on fandom, cosplay, and conventions while tackling a number of issues within the fandom community. (Thanks to Scholastic for the review copy!) 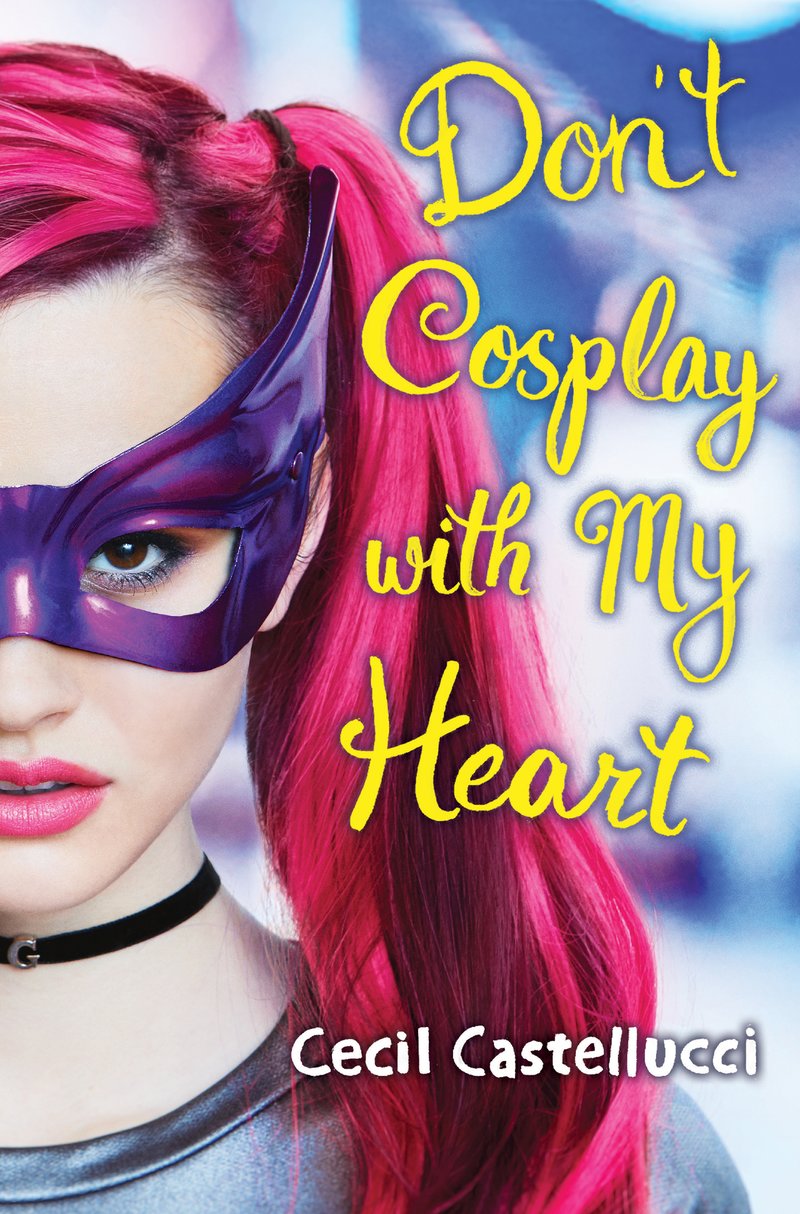 ‘Nerdy contemporary’ books are all the rage these days and we couldn’t be more thrilled about it. Young nerds and geeks are growing up in a world where the books they are reading not just acknowledges them but accepts and celebrates them — and their interests! Cecil Castellucci’s latest novel, Don’t Cosplay With My Heart, puts a positive spin on fandom, cosplay, and conventions while tackling a number of issues within the fandom community.

Don’t Cosplay With My Heart follows a girl named Edan who finds strength in fandom as her home life starts to fall apart. She’s loved a fictional series know as ‘Team Tomorrow’ ever since she was a little girl and in particular she empathizes with the misunderstood character, Gargantua, whose powers and story arc become even more relatable as she tries to navigate her daily life.

The book covers some really big issues that have been plaguing fandom and the comic book community with gatekeeping taking the forefront. No one who reads the book would ever question the fact that Edan is a true geek. She starts a cosplay club at her school, she organizes trips to conventions for the club members, and she’s been reading Team Tomorrow and embracing other fandoms since she was a kid. But her boyfriend and especially his friends still question her at every turn, forcing her to defend her interests and leaving her out or refusing to listen to her even when she knows more than them.

Throughout Don’t Cosplay With My Heart Edan is forced to make some tough decisions about her personal life. She has to deal with her father’s legal issues and her mother shutting everyone down. She has to deal with her honestly pretty crappy boyfriend and his friends as well as this budding friendship-slash-possible-relationship with fellow nerd Kirk. And she really has to figure out who she is, who she wants to be, and how to really be herself in all of this.

It’s a great story that addresses some serious issues plaguing the fandom community. Gatekeeping is a huge issues facing female fans and younger readers who themselves may be constantly forced to defend their nerdiness may not know that there is even a word for it. Castellucci also tackles the long-running issue of female characters and comic creators being under-represented and rarely getting the development or attention that they deserve. It’s something she’s able to do by highlighting and providing a well thought out history to Edan’s beloved Team Tomorrow.

The audience for this book is admittedly a little confusing. Most of the situations in this book would be better geared towards young adult readers though the writing style and reading level make it feel more like a middle grade novel. Readers of all ages are likely going to relate as the book tackles fandom issues but the unsubtle way things are often addressed may be a turn off for older readers who don’t need the issues to be pointed out so obviously.

Still, you can definitely tell Castellucci knows what she’s talking about.

If you’re familiar with her work this should come as no surprise. Cecil Castellucci is one of our favorite writers and creators having worked on some pretty awesome projects over the years. We actually spoke with her recently at NYCC 2017 about her original graphic novel, Soupy Leaves Home and her Star Wars middle grade novel Moving Target: A Princess Leia adventure is one of the smartest middle grade Star Wars books I’ve ever read.

Castellucci has been attending conventions herself ever since she was a kid and Don’t Cosplay With My Heart has a incredible sense of authenticity that any con-goer will pick up on immediately. She knows the ins and outs of conventions large and small and we see that in the way she portrays the real and fiction conventions throughout the book. There’s even a scene where Edan and her friend wait in line for movie tickets that gave me heat-stroke flashbacks to the Star Trek Beyond premiere ticket lottery at SDCC 2016. (Which, by the way, I was lucky enough to ‘win’ by drawing premiere tickets!)

Starting out it took me a little while to really get into Don’t Cosplay With My Heart, I will admit, but by the end I was hooked. I enjoyed the story and I suspect it will really resonate with readers bridging that gap between middle grade and young adult novels. Castellucci’s love of fandom and her genuine portrayal of a young, nerdy girl still trying to find herself in both the real world and fandom certainly resonated with me. Don’t Cosplay With My Heart may not be for everyone but the message in the end really stands true for nerdy girls everywhere.