Scott Reintgen’s debut young adult novel, Nyxia, is a high-stakes thrill-ride full and easily one of the year’s best YA sci-fi novels! 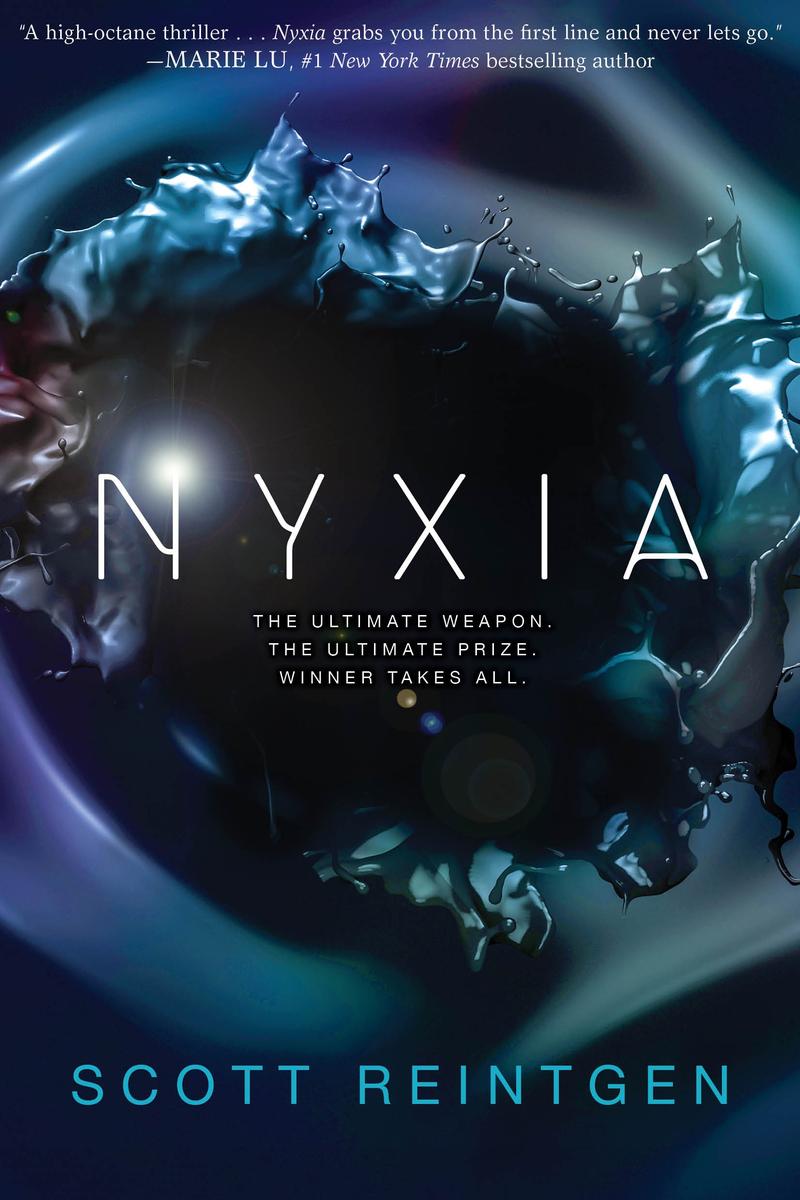 
Rating:
Scott Reintgen’s debut young adult novel, Nyxia, is a high-stakes thrill-ride full of compelling characters and unforgiving moments. While at times it can feel like a pretty slow burn, the book ultimately shocks and surprises at all the right spots. It is easily one of the year’s best science fiction novels and sets up what is undoubtedly going to be quite the epic trilogy.

Nyxia is told primarily from the point of view of a young man named Emmett who is taking part in a secretive sort of competition. Emmett along with a number of other young people have been recruited to take part in an expedition to a far off planet — something that most people on Earth don’t even realize is possible. The book’s title takes its name from a mysterious material also called Nyxia, which Emmett and the others are trained to use and manipulate.

The training doubles as a competition with the various teenagers trying to eliminate one another in order to secure their position in the expedition. Those who are sent to the enigmatic planet Eden will be rewarded with enough money to support themselves and their families for generations. It’s something that Emmett – and all of the others – desperately need.

Nyxia was not always the book I expected it would be when I first decided to read it. It was a lot like an odd blend between Ender’s Game and the Hunger Games rather than a book about exploring space or this new alien world. But I liked what Reintgen did with the story. When the pacing started to slow down something big inevitably always happened and the ‘game,’ so to speak, was changed once again.

Readers should prepare themselves for some pretty dark moments as Nyxia is not the sort of book that pulls its punches. There are some pretty big moments and a lot of unexpected twists. And there are also a lot of unexplained mysteries that will surely come into play in later volumes.

Now, that’s not to say that Nyxia doesn’t tell a fairly complete story.

The main focus of this book is the competition between Emmett and the others. It does a good job of introducing Emmett and showing us both his strengths and weaknesses. As the story progresses he gets closer to his competitors, forming strong friendships with some of them and fierce rivalries with others. And by the end you have a better idea of what’s going to happen as they proceed to the next stage of the expedition.

Weirdly the Nyxia was the least interesting part of the story for me. I’m sure it’ll come into play more in later books but there was a lot more going on that caught my attention. I want to know the mysteries of the company that brought Emmett and the others out into space. I want to know the secrets of Eden. The Nyxia is sort of a means to an end when it comes to creating the situations that Emmett and the others found themselves in. But there’s clearly going to be more to it once the kids hit the ground on Eden.

Luckily the second book in the series, Nyxia Unleashed, is coming out this summer!

Nyxia is one of my favorite young adult science fiction books from this year. The pacing lost me a couple of times but ultimately the story won me over. Emmett is a flawed but always determined main character and he’s the perfect lead for this story. And the story itself is full of mysteries that leave the reader wanting more. Nyxia is a must read for young adult sci-fi fans!