Dive into The Doughnut Kingdom with the First Volume of Gigi D.G.’s Cucumber Quest!

Originally published as a webcomic, Cucumber Quest is an incredibly cute fantasy adventure set in a rich, colorful world full of quirky characters. Thanks to First Second Books for the review copy! 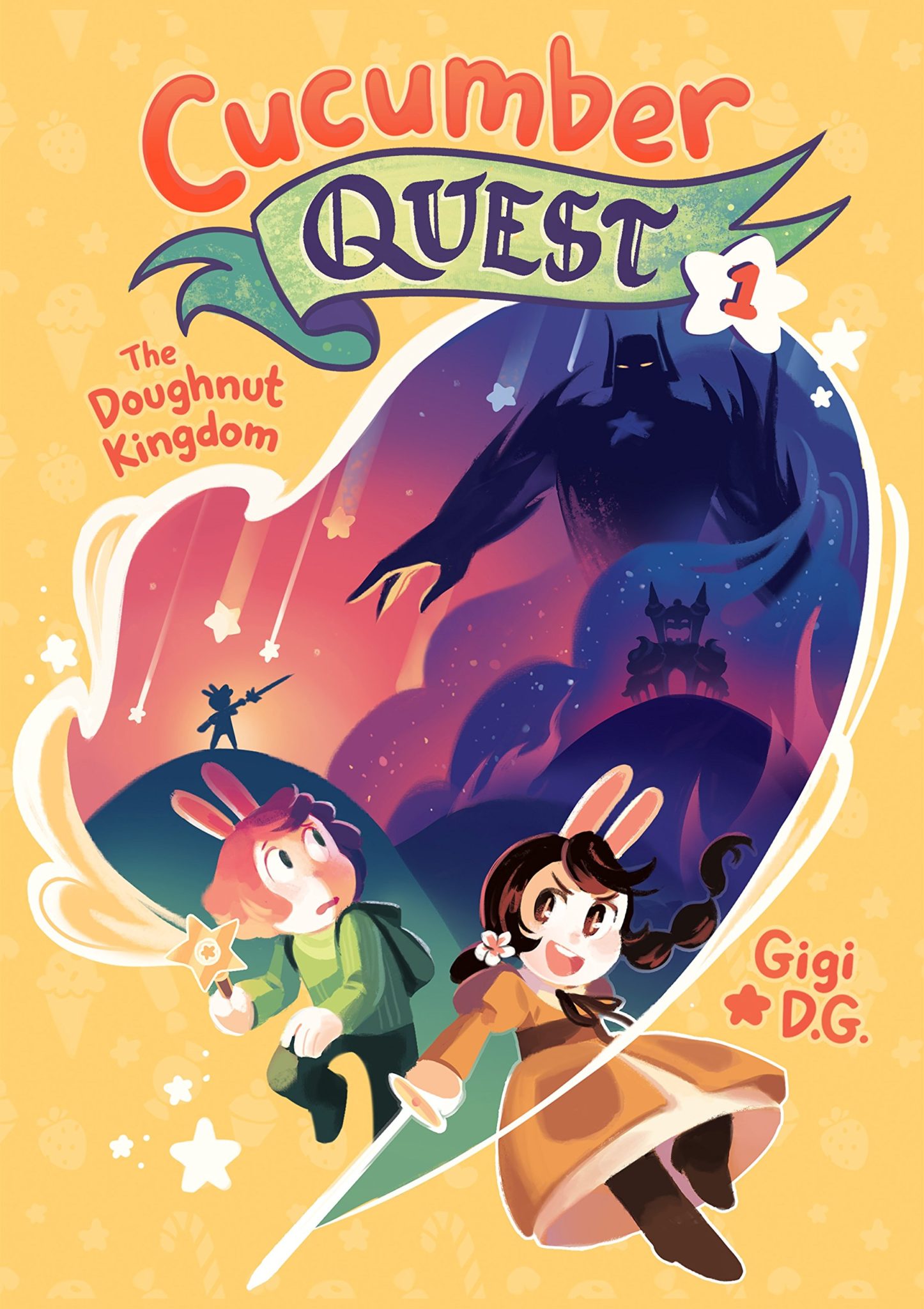 
Rating:
Originally published as a webcomic, Cucumber Quest is an incredibly cute fantasy adventure set in a rich, colorful world full of quirky characters. It’s a humorous take on the genre that’s perfect for older readers who are familiar with fantasy tropes as well as younger readers who may take it more at face value. Besides, the main characters are adorable bunnies, what’s not to love?

Cucumber Quest takes its name from one of the two main characters, a young bunny named Cucumber who dreams of going to school to learn magic. Unfortunately his father (and, I guess, fate) have different plans and he’s forced to embark on a quest to save the Doughnut Kingdom against his will. He is lucky that his younger sister, Almond, is more than ready to undertake this kind of adventure.

Together the two begin a journey to find the powerful Dream Sword in hopes of taking down the forces of evil that threaten their kingdom.

Along the way, Cucumber and Almond find themselves crossing paths with a diverse cast of silly characters. And like any good fantasy story they find themselves derailed a few times on little ‘side quests,’ which help flesh out the story and the characters’ personalities. Plus a nerdy, helpless kid like Cucumber needs to start gathering allies. His sister can only do so much.

I really enjoyed the story in Cucumber Quest and, for the most part, the humor. There are some seriously ridiculous moments throughout and I loved how Cucumber seemed to be the only one calling them out. Almond is hardcore into this whole idea of being a bad-ass hero and her gung-ho enthusiasm is great in contrast to Cucumber’s determination to just get this whole adventure done and over with as quickly as possible.

Sometimes, the humor and gags were a little to over the top for me. I concede that this was the point and I expect the rest of the series to be much the same, but a few times I had to step back and say, “Really?” That said, I’m looking forward to the rest of the series. The humor works far more than it doesn’t and Gigi D.G. balances it well for the most part.

The thing I loved the most about this series was Gigi D.G.’s artwork. This is a really great looking book and I’m surprised that it never popped up on my radar when it first started as a webcomic. The detail, color, and style are all work together to make this book look awesome. The character designs are perfect and Gigi D.G. really captures each of the characters’ personalities. Cucumber Quest is such a fun, colorful adventure and a lot of its draw and charm owes itself to Gigi D.G.’s artwork.

Cucumber Quest is a fun read and I’m glad that First Second Books has taken to publishing the webcomic in its entirety. Cucumber and Almond are great heroes despite the fact that Cucumber has no desire to be one and Almond probably wants to be one just a little too much.

Readers will love joining them on their adventure and meeting all the kooky characters — and seeing the even kookier situations these heroes find themselves in. If you’re looking for a good, humorous fantasy adventure (with talking bunnies) you’ll love Cucumber Quest!