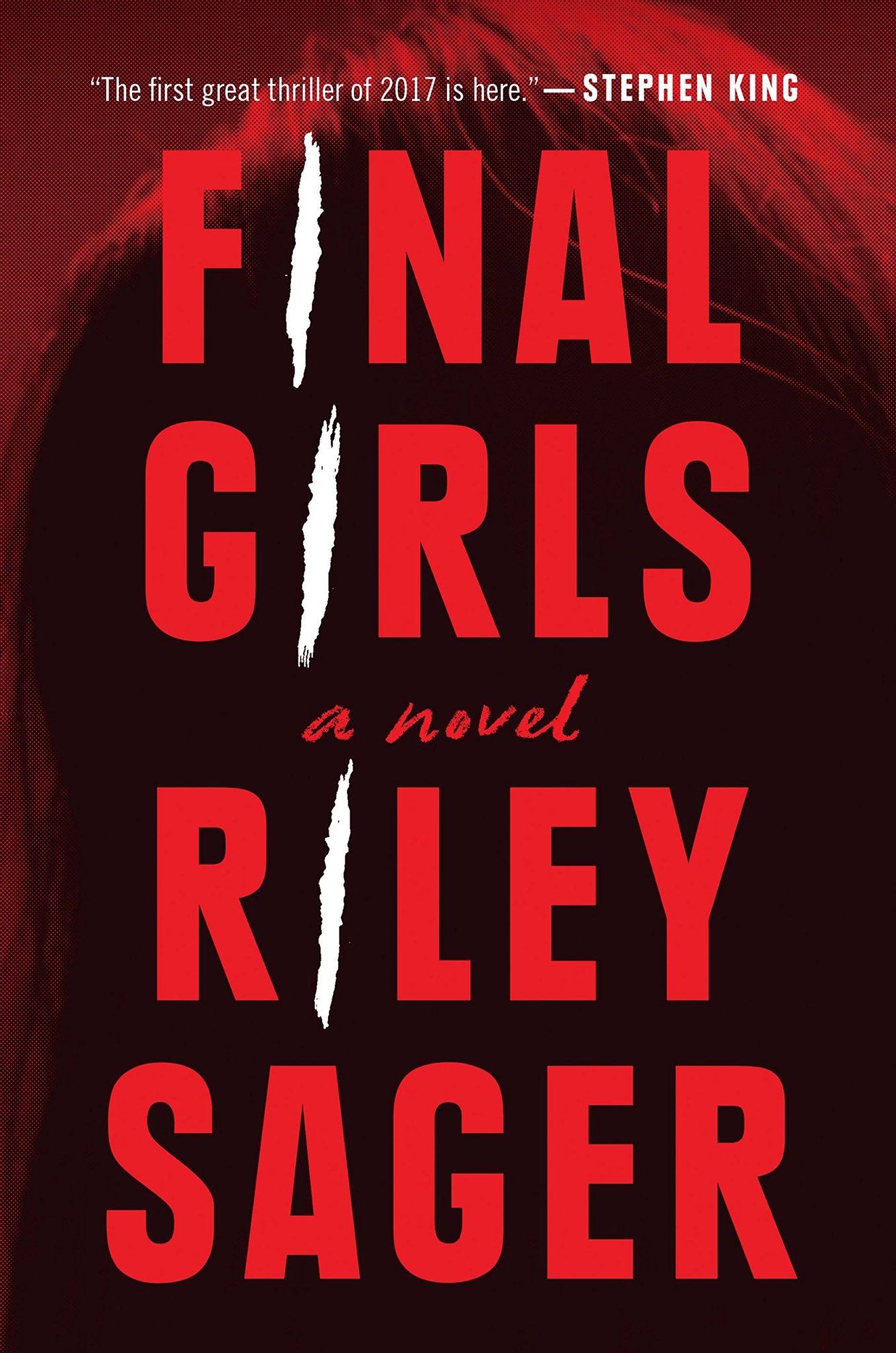 
Rating:
Anyone who knows me knows I love a good slasher film and Final Girls gives the classic slasher tropes new life. It’s an engrossing thriller with enough twists to keep readers hooked from start to finish. It plays out on the page just as well as it would the big screen. In fact, it’s probably better as a book. Because as a book, it’s one of my favorite reads of 2017 so far.

Final Girls imagines a reality where a handful of horror movie-style murders really have occurred. Our main character is Quincy, a survivor and one of three ‘final girls’ who have caught the media’s attention. Quincy was the only survivor of a massacre at a remote cabin. She and some friends from college decided to take a quick, weekend vacation for a friend’s birthday, but an escaped mental patient from a nearby asylum ended up killing everyone.

Everyone but her, of course.

The bulk of the book takes place about ten years after the events that occurred at Pine Cottage. Quincy is living with her boyfriend, she runs a successful cooking blog, and she seems to have put it all behind her. But then the first final girl, Lisa, turns up dead. And the other, Sam, shows up on her doorstep. Suddenly she’s forced to embrace her ‘final girl’ status once again.

As the story progresses Quincy flashes back to the fateful evening at Pine Cottage. For the last ten years Quincy hasn’t really remembered much, but Lisa’s death and Sam’s appearance lead her to question what really happened that night. The moments leading up to her friends’ deaths unfold over the course of the book. It adds an extra sense mystery as even the flashbacks bounce around. The scenes don’t necessarily come in chronological order and their meaning changes over time.

What she remembers from the past often matches what she’s remembering in her present. The twists and turns unfold in tandem leading to some seriously tense moments and jaw-dropping revelations. With multiple mysteries going on at once and more than one person hiding devastating secrets, you’ll want to keep reading long into the night just to find out what happens next. (But maybe keep the lights on!)

Now, I will say that some of the book’s big twists felt a bit familiar. If you’ve watched as many horror movies as I have it can be hard to be surprised any more. But the twists and revelations felt natural and when they happened I was definitely surprised. They’re all very well written, too, and Quincy’s reactions feel real.

Quincy is an interesting character. She’s dealt with her final girl status the way I would expect most people to do if real life were like the movies. She’s desperately tried to move on with understandably mixed results. Lisa seemed like a character with a lot of potential and I’m sad we didn’t get to spend more time with her. Part of that could be, however, due to Quincy’s own growth in this book and the potential for her to fill a similar role in any possible sequels. I admittedly wasn’t a huge fan of Sam though by the end I had a newfound understanding of the character.

All in all, Final Girls was easily one of the most my most captivating reads this year.

It gave me everything I had been hoping for from a book like this. We got a great story, interesting characters, and a decent new take on the classic slasher film. Sager did a fantastic job of bringing slasher-style murders and their aftermath into the real world. And I loved Quincy’s progression from the reluctant final girl to a much more empowered survivor by the end. I was hooked from start to finish – and I know other readers will be, too.

Final Girls is a must read for horror fans and it’s easily one of the best horror thrillers of the year!