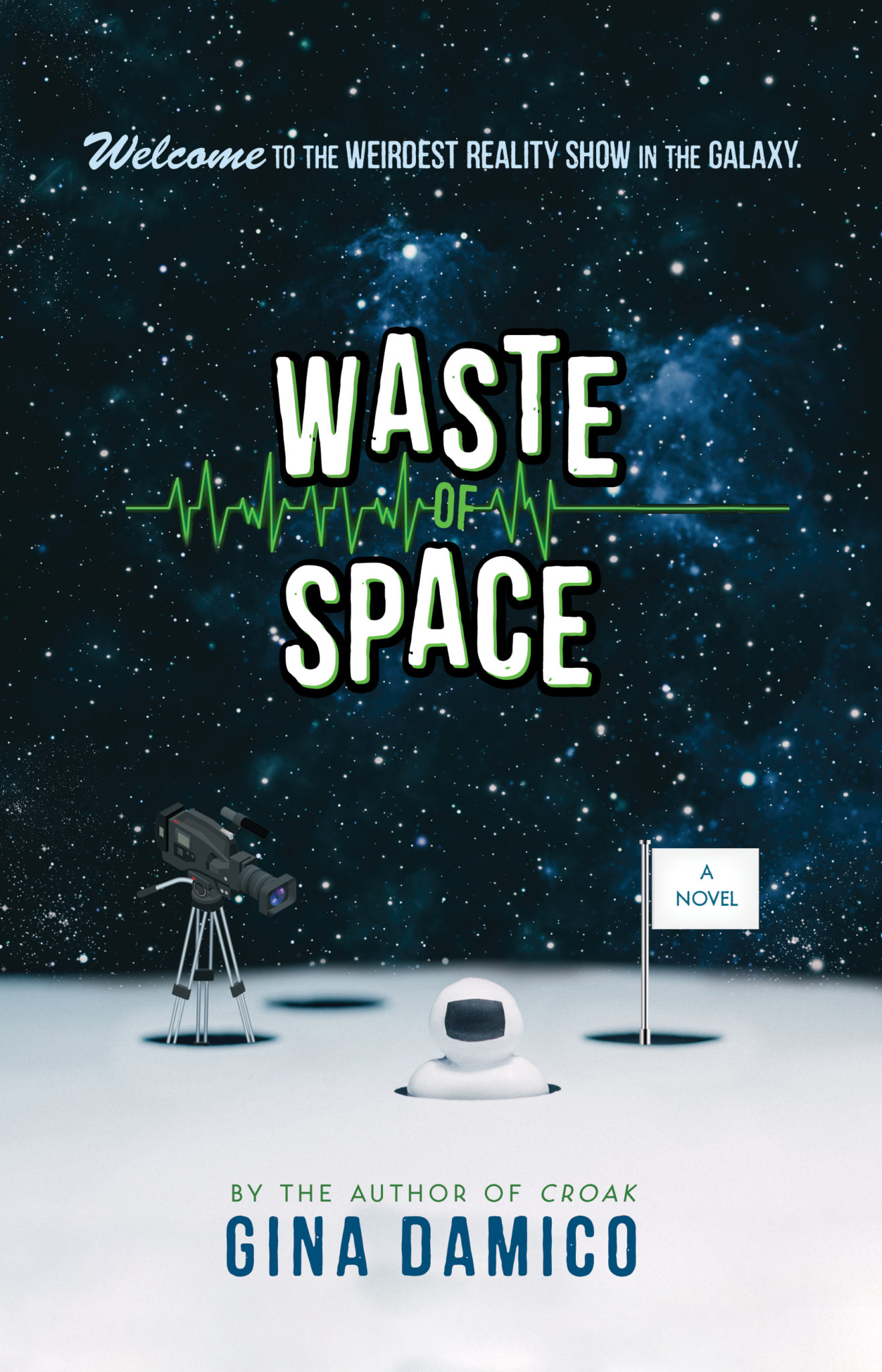 
Rating:
There are few books that I’ve wanted to like as much as I wanted to like Waste of Space. The premise is phenomenal and whether it was taken seriously or presented as a parody, it could have and should have been amazing. I mean, teenagers on a reality television show where they think they’re blasting off into space? It’s an amazing idea and particularly timely considering how much people still watch all those reality shows.

Unfortunately, the book fails to make good on it’s premise.

I was so disappointed about that I almost titled this review “Waste of Space is a waste of shelf space” but I decided to take a more diplomatic approach. While I didn’t really enjoy Waste of Space, I did read all the way to the end because the book has it’s fair share of interesting twists. They aren’t enough to make me give this book more than the two stars I’m giving it but they were enough to keep me reading until the end. So, in that regard, I suppose the book did keep me interested to a degree.

The problem is that this book could have been so much better.

Waste of Space is not just the title of this book but the fictional television series that it’s about. The show convinces a group of teenagers that they are going to be on the first reality show shot in outer space. Neither the kids nor the viewing public are supposed to know that the whole thing is a sham. The reader gets introduced to this whole debacle through a series of documents meant to expose the whole thing. We get transcripts of phone calls, videos, broadcasts, and more.

So basically we have an epistolary novel that’s meant to show the reader just how everything dramatically falls apart. The problem is the documents the readers are given. Nothing is even remotely believable. The character behind the studio that puts together the show is so outrageously over the top it brings the whole book down. And from there it just gets worse. The teenagers themselves are often nothing more than stereotypes – and when they try and reverse those stereotypes they do less to challenge them than to replace them with a new stereotypical archetype.

I mean, seriously, the dude from the midwest is called Snout and he has a pet pig named Colonel Bacon.

On top of all that, half of the kids are basically kidnapped without any parental consent. The facilities are woefully insufficient for the number of people on the show – and there is literally no way anyone was ever going to allow kids ranging from thirteen years old to eighteen years old to all live in one bedroom. Especially when that bedroom had so few beds that some people were going to need to double up. Honestly, these kids are almost all underage – in what world would a show ever be allowed to booze them up on national television or encourage them to hook up for the viewing public?

The whole thing is uncomfortable. If the book were about an older group within the age range of your usual Big Brother contestant then fine. I’d be okay with a lot of what’s going on in the book. But, seriously, one of the kids is like thirteen.

Now, I get it. Maybe the book is meant to be a parody. The guy who runs Waste of Space calls the kids spacetronauts for crying out loud. And for the most part I would buy that. Except there are moments where the book really tries to take itself and its twists seriously. The whole tone changes depending on what transcripts were being shown and who is doing the talking. The whole exposé part – and some of the more scientific aspects – are supposed to be serious while the rest…

If the whole book was presented as a parody then I’d be a little less upset about everything. But at times it seems like it really wants to be taken seriously. The main characters, Nico and Tatiana, are portrayed as genuine characters with tragic backstories who help each other through the hardship. While the rest of the cast is a bunch of walking stereotypes they get the kind of development that makes you almost care about where they’re coming from and what made them want to be on a show like Waste of Space. Of course, it’s really hard to see them as well fleshed out or developed characters when they’re playing against a drunk party girl whose name is literally Bacardi.

Even the big mysterious twist at the end does little to salvage the train wreck that is the rest of the book.

I genuinely wish the book had been better. I love the concept and I would have liked to see it taken more seriously. They could have even made the whole thing real – the show and the journey into space – and that would have made things better. But the whole silly tone of things really turned me off.

The fact the book implies that anyone would be so willing to send off a group of teenagers with absolutely no training and no adult supervision is ridiculous. Obviously I am not the target audience for this book as an adult reader but I think even teenagers are going realize how off the rails this book gets.

Now, if you like silly stories that don’t really take themselves too seriously then you might like this one. It genuinely lampoons the idea of over the top reality television with a nice, timely science fiction angle. And if you can get past the cringe-worthy stereotypes and ridiculous antics (or at the very least accept them for what they are) then Waste of Space could be a pretty decent read. After all, I did finish it. But I can’t say that I’d recommend this book for the average reader and if any of the reasons I didn’t like it might make you feel uncomfortable then you probably don’t want to give it a try.