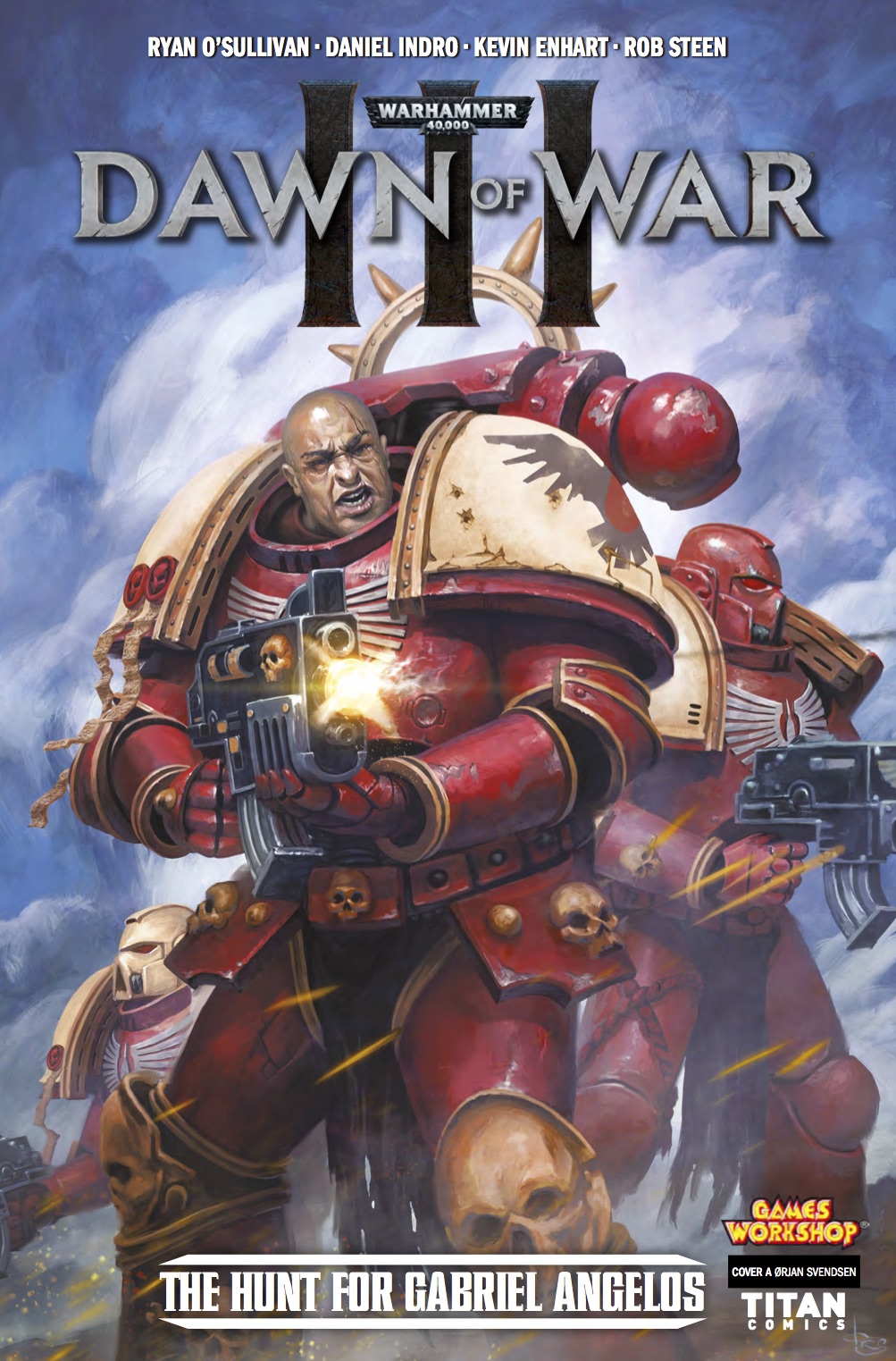 
Rating:
I’ve always dug the aesthetics of Warhammer 40K, Games Workshop’s incredibly bleak, incredibly British sci-fi tactical tabletop game. Unfortunately, as someone with a crippling addiction to buying Superman comics at the expense of all other entertainment options, a total lack of patience for careful tactical action, and an unparalleled inability to do basic calculations, actually playing the game has rarely been an option.

Dawn of War #1, releasing alongside the Dawn of War III computer game, luckily provides lots of aesthetic without requiring readers know their Blood Angels from their Chaos Space Marines. The first issue sees Sergeants Olivaar and Tarkus head back into the fray after their lost chapter master, recurring Dawn of War protagonist Gabriel Angelos, only to face off against wicked Eldar and a pack of ferocious Orks, who are too happy to have a host of space marines wandering into their territory.

It’s a premise that’s going to feel fairly familiar for military fiction fans but the dialogue feels distinctly Warhammer 40K. Writer Ryan O’Sullivan does a good job channeling the franchise’s trademark mix of dick-swinging machismo and religious fanaticism into something that feels both epic and profoundly silly at any given moment. Likewise, his Orks feel both a little goofy and genuinely scary every time they end up on page.

The real draw here is the art from Daniel Indro, who delivers some truly impressive splash pages as well as grizzled close-ups of the space marines and monsters they face. Indro has a great handle on capturing a very specific world, with massive, intricate sets of power armor and cobbled-together greenskin weapons, elegant eldar cloaks, and gory kills. He does a great job going through a host of action sequences without skimping on detail and has a great sense of motion and momentum.

Dawn of War #1 feels like a suitable teaser, both for the video game and a dense fictional universe, approaching both with a familiar story and grimy, detailed art. For those looking to get a peek at what Warhammer 40K looks like at its best and bloodiest, it’s hard to beat the introduction Dawn of War #1 offers.