Get Your Nerd Girl Feels on With Ashley Poston’s ‘Geekerella’ – the Perfect Blend of YA Romance, Fandom, and Sci-Fi Conventions 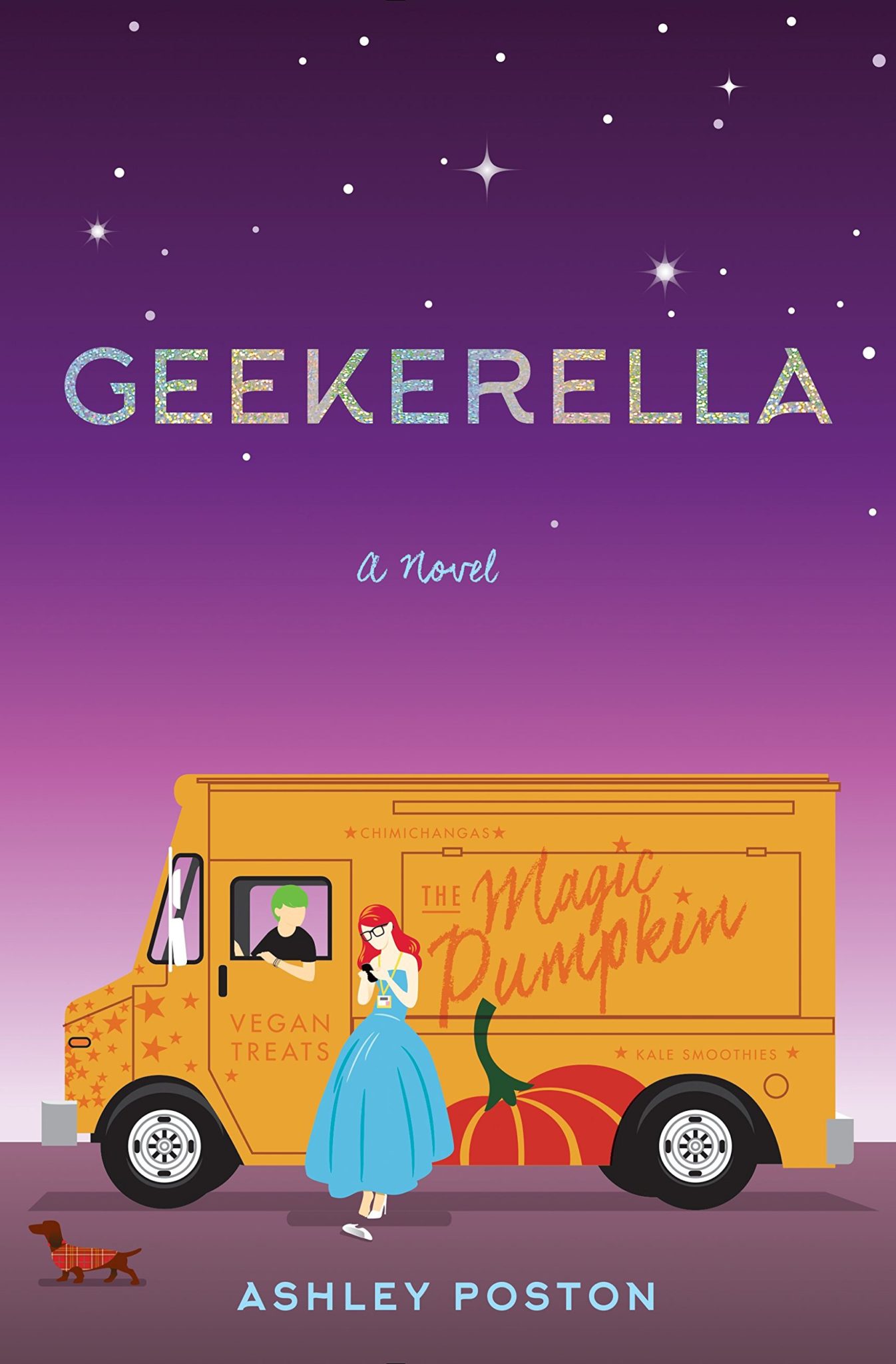 
Rating:
Step aside A Cinderella Story because I have a new favorite Cinderella re-telling!

You see, as much as I love that quintessential Hillary Duff teen classic, Geekerella is a story that truly speaks to my nerdy inner child. At WonderCon this past weekend the author, Ashley Poston, described the book as reminiscent of an old-school Disney Channel original movie and I could not agree more. Geekerella is fun, quirky, and full of heart. It’s everything I could have wanted in a young adult romance as a kid. Sadly, it didn’t come along until I was an adult!

I have often said that if there had been more nerd positive young adult books on the market when I was growing up I may have enjoyed contemporary fiction more. Instead, I shied away from books with modern settings and romantic themes because I never really felt they represented me. Geekerella, on the other hand, has a heroine that I can see myself in a hundred times over.

Elle is a total nerd through and through. So much about her reminds me of myself back in high school. She’s obsessed with the long since cancelled science fiction series, Starfield, and an avid member of the online fandom where she’s fairly well known under her online moniker Rebelgunner. When Starfield gets pegged for a reboot she’s got some pretty strong opinions about things – especially the casting choices as far as the main character Prince Carmindor is concerned.

Darien, meanwhile, is the teenage heartthrob cast as Prince Carmindor. He’s exactly the kind of person that Elle’s stepsisters, Chloe and Calliope, would fawn over for hours – and so Elle immediately rails against him. The thing is, Darien is also secretly a huge nerd who absolutely loves Starfield and can’t believe he’s scored the role of Prince Carmindor.

Through a series of random happenstances, these two young people from very different backgrounds begin communicating anonymously through text messages. While Elle deals with her uncaring stepmother and insufferable, ‘perfect’ stepsisters we see Darien dealing with his overbearing father and the pressure that comes with fame. Despite never seeing one another or knowing each other’s real names, they become close confidants, helping each other out in their own way.

One of the best parts of this book is seeing how Elle and Darien’s relationship develops. For most of the book their lives are distinctly separate with the only common ground really being the production of the Starfield film (which they obviously experience from very different perspectives) and the upcoming ExcelsiCon convention. But they always have one another. They communicate and support one another the way many readers will probably have done with online friends. There’s an openness to everything that comes with anonymity and throughout you wait anxiously for the two of them to meet in person.

The relationships that develop between the rest of the characters are equally compelling. Elle’s co-worker at the Magic Pumpkin food truck, Sage, is a phenomenal character that reminds me of so many people I’ve known throughout my life. She’s talented and uncompromisingly unique in every way and watching the two of them go from standoffish co-workers to friends is one of the greatest parts of Geekerella. But I also love seeing the way Darien interacts with his cast mates, the way his relationship with his father changes, and the way Elle begins to learn that her stepsisters – despite being twins – aren’t necessarily the same person.

Probably the coolest part of this book, though, is Starfield. Poston has created a series from scratch (loosely inspired by Star Trek: The Original Series among other shows) that after reading Geekerella you’re going to wish were real. We learn enough about the show, the characters, and the major plot points that Starfield almost feels like something the reader should already know about. You immediately want to know everything that happens to Prince Carmindor and his love, Amara. And you wish that David Singh – the original Prince Carmindor – was real and that he had existed in our world to challenge convention as an actor of color helming a classic science fiction series.

The dedication put into developing the Starfield canon really adds to the reader’s sense of immersion into not just the story but this world of fandom that Poston has created — and that Elle calls home.

From well developed characters to an engaging story to her vibrant, realistic portrayal of fandom and convention culture, author Ashley Poston does a phenomenal job with this book. While the story keeps with the usual Cinderella plot points she doesn’t let herself be too constrained by the framework. Her characters are much more than their fairy tale counterpart inspirations and Elle’s happily ever after isn’t just dependent on finding her Prince Carmindor but also about realizing her own hopes and aspirations.

It’s such a great story. At this point I should probably just say that I honestly love basically everything about Geekerella. I even love cover and interior designs. If you love fandom and you love old school science fiction series, you’re going to love seeing those two things come bundled together in a neat little young adult romance.

For all the geek girls out there who feel left out by all the usual contemporary romance books out there – this one is for you. As Prince Carmindor says in the last episode of Starfield, “Look to the stars. Aim. Ignite.” And get your nerd girl feels on with Geekerella!