You’re The Goddamn Batman (And Bruce Wayne) in Batman: The Telltale Series 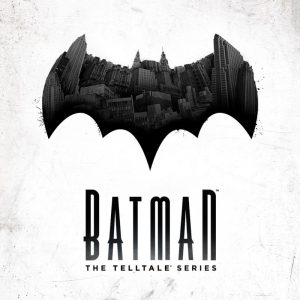 The latest dialogue simulator/quick time event title from TellTale Games has players taking on the cowl of the Batman/Bruce Wayne, navigating crime scenes as the World’s Greatest Detective and engaging in verbal barbs with Gotham’s rich, poor, insane, and powers that be, though those aren’t all mutually exclusive. Here’s our review of the newest game from Telltale.

The game is focused on story with the gameplay mechanics coming secondary to the real goal: to create a compelling narrative with player agency at the forefront. The folks at Telltale have been doing this thing for awhile now and the mechanics are nothing to write home about. While the action sequences may be the best yet, they’re still simple QTEs that are really just there to make sure you’re paying attention.

You will rarely find yourself too slow to respond correctly (in fact you can hit multiple buttons so if you mess up on first press, just move your fingers and try again) or when failing enter a fail-state, usually your Batmeter (which determines if you can use a finishing move) will be depleted and you’ll end up not being able to execute the ‘Best’ combat maneuver in the sequence’s climax.

With that out of the way lets delve into the meat of the experience, the story. Batman is, as all things seem to be, an origin of sorts. While Batman himself has been operational, the game exists in a world where none of his usual villains do. In fact a big aspect of this game’s narrative is a revision of the Caped Crusader’s history, for better or worse.

As the story goes on we see the beginnings of Penguin (a charming, thin Brit-type, closer to the one portrayed on FOX’s Gotham than that beloved Burton/DeVito version) Two Face, the Joker, Catwoman, as well as series original villain ‘Lady Arkham.’ Penguin it turns out was a childhood friend of Bruce Wayne, Wayne is funding his pal Harvey Dent’s mayoral aspirations, and Catwoman is mostly the same.

Episode 1 features the go-to origin villain for Bats in Carmine Falcone, who reveals the biggest shake up of the Bat-history yet, that Bruce’s parents were knee-deep in crime. Specifically, Thomas Wayne was pals with Falcone and Mayor Hill, and condemned political opponents to Arkham Asylum, sticking them with crazy juice to make sure they never got out. This is revealed before the end of Episode 2 and so began the downward slope the story takes.

I am not a huge Batman nut, I am not a die-hard fan of his original history. In fact much like Superman I find the best Bat stories to be those Elseworlds where they are allowed to explore the character to heart’s content, free from the worry of continuity. Those stories however have to stand on their own.

As it is, Telltale seems very much interested in an original take and less concerned with quality. Even the originality of the plot is suspect as the Big Bad’s plot is, aside from bringing down Bruce Wayne (every bad guy wants to ruin Bruce Wayne because his dad is responsible for all their pain… I guess) essentially that of Ra’s al Ghul from Batman Begins.

Dose the populace with crazy dust and let them tear each other apart. This gets derailed in Episode 3 and the next two episodes are spent hunting down the various bad guys to attempt to lock ’em up. Penguin meanwhile, pretty much inhabits the role of Bane from the third film, looking to inspire revolution in Gotham City.

I realized midway through Episode 2 just how little this story pulled me in and it was truly an effort to complete the game, which is saying something considering it isn’t difficult to do so. Just sit at the screen and hit one of 7 buttons occasionally, sometimes with a +Shift combination for no discernible reason.

It isn’t all bad though. There are a few bright shining lights in the darkness that Batman dwells in. Whenever the game has you controlling Bruce Wayne, the sections are worthwhile, bringing the part of the hero that is more often than not entirely sidelined in other games. You answer questions to other characters about Batman’s purpose, and your own.

The Identity play that these Telltale games focus on works in a really interesting way with the duo of Bruce Wayne/Batman. The player controls both, but do they chose to play their Bruce as a staunch defender of Batman or work in playing at a cover Wayne usually does. To paraphrase Tropic Thunder, are you a dude playing a dude disguised as another dude?

Of the sections with Batman that at least are an interesting concept, are those featuring his detective work. Rarely do we see that World’s Greatest Detective angle in media other than comics (and even then it is often glossed over in favor of martial arts action) but the folks at Telltale give us just that.

Sprinkled throughout the episodes are sections of detective work, examining crime scenes and linking pieces of evidence together to build out a theory on just what occurred. That linking mechanism is used well in one other way. When preparing to breach and attack a bunch of enemies, Batman enters a sort of PrepMode and links enemies to pieces of the environment, after which you get to watch Batman enable the plan with brutal efficiency.

The QTEs I keep complaining about, there was one moment that really tickled me silly. In Episode 3 you may find yourself hiding in a certain femme fatale’s room while she deals with another man coming to talk. While hidden inside the room you need to keep a cat quiet lest he alert the hopeful suitor that you’re buff almost nude bod is hiding behind a door.

Well, my phone lit up and I glanced in its direction missing the critical Shift+Q command to pet the cat, and thus my cover was blown. I laughed heartily, and moved my phone away, lest I fail another simple challenge.

These cool or interesting moments only serve to make you think about what could have been. By deciding to have one overarching plot,  the writers unfortunately chained themselves to a dud story. The episodic nature of the Telltale games could have made for a really cool use of one-shots, not unlike comic books, where each episode is its own self-contained story, featuring sequences of detective work, Bruce Wayne, and, if the combat is necessary, a climax with different villains.

The episodes could have spanned time with 1 being the origin story, if it truly must be told, up through 5 featuring an older Batman.  The first episode clocks in at around 2 hours and each subsequent one only a single hour or so. Why not double the length of 2-5?  What if, rather than heavily featuring QTEs the mechanics stayed simple and were more puzzle aspects? Why not, what if, how about…

All of that makes this difficult to nail down. The fact that after all is said and done, despite disappointments in what is here, I think the possibility for Batman and the Telltale style to merge fantastically is there, but this just missed the mark for me.

If you have read this review this far and still are curious for yourself, the first episode is offered free and by all means I would still encourage you to seek it out to decide for yourself. If the story intrigues or excites you, I bet you’ll find the game much more enjoyable than I did.

As always the end of each episode features comparisons of the choices you’ve made and the player base at large, this always makes for interesting look at what type of Batman folks prefer, it was worth noting for me that after all is said and done, the last choice in the game will have you attempting to mend your city as either Bruce or Bats, I found myself among the 58.4 % who stepped into the day as Bruce Wayne, thinking he could do the most to save his city.

A REVIEW COPY OF BATMAN: THE TELLTALE SERIES WAS PROVIDED BY THE PUBLISHER IN EXCHANGE FOR A FAIR AND HONEST REVIEW. NERDOPHILES WAS IN NO WAY COMPENSATED FOR THIS REVIEW. OUR OPINIONS ARE OURS AND OURS ALONE.