Comics as a medium has always had a strange relationship with romance and a lot of that is because of the nature of its genesis. It’s hard to get around the fact that for decades, comics were predominantly written and illustrated by middle aged-men, often unhappy and dissatisfied with their careers, writing and drawing for audiences decades younger than them and desperately trying to prove that they are hip and with it.

I mean, for god’s sake, some of Jack Kirby’s first work was drawing romance comics and those things are goddamn bananas. In that respect, it’s sort of amazing that there are so many successful love stories in the medium, but that’s not what we’re here to celebrate. We’re embracing the strangest, most disastrous moments of comics butting up against the form as they showcase their heroes trying and failing to find love. In that spirit, let’s take a look at some of the most disastrous dates in comic book history. I mean, what, do you have other Valentine’s Day plans? 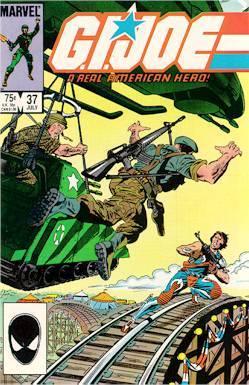 I’m a huge fan of Larry Hama’s long run on the original G.I. Joe comic, a series that consistently is better than any story based on a toy line and required to tie into a less than compelling cartoon has any right to be but there are moments where this thing goes off the rails in the most delightful ways.

Take G.I. Joe #37 for example. Here, a group of Joes head off to an amusement park, and Ripcord meets up with his new gal, Bongo. Yeah, you know, that starcrossed couple, one of whom is an ultra secret agent for a black ops American military agency, the other, a woman named, ahem, Candy Appel, who dresses as a bear named Bongo to hand out balloons to children? You mean you’re not familiar with this great love story?

Unsurprisingly, the date does not go as planned as a group of Cobra Commander’s elite forces enter the park gunning for the Joes and Ripcord and Candy are right in the crossfire. It’s fun enough action sequence, with Roadblock opening fire on some snakes from a Ferris wheel, but nobody’s in the mood for romance by the end.

Candy breaks up with Ripcord as she realizes that his life of deniable ops will always put a wall between them, which is probably something she should have realized when he introduced himself to her as “Ripcord” in the previous issue. She doesn’t have long to regret it as she dies less than a dozen issues later when a car she’s riding in is hit by a train. Truly, for never was a story of such woe as that of Ripcord and his, uh, Bongo. 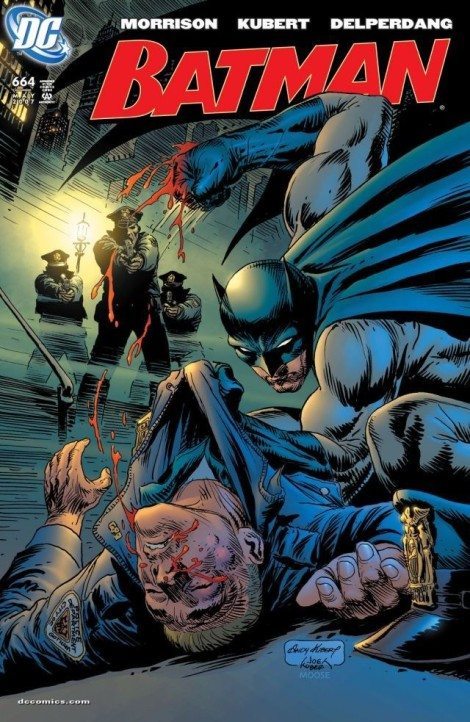 Have you ever had that experience of looking back on a relationship and pinpointing the exact moment things went wrong? Like, for example, maybe your date ends as you realize that she left you at the skate rink to hang out with someone known only as “Terry.” Oh god, what happened to me? Why, oh god, does this always happen to me?

In Batman #664, Bruce Wayne is seriously considering whether he’s pushed Batman beyond what he can handle and so he relaxes on a date with his new belle, the seductive Jezebel Jett, at a mountain chalet. While their date is interrupted by paparazzi who may actually be assassins, the real fireworks are over dinner as Jezebel desperately tries to get Bruce to open up about he trauma of his parent’s death.

It’s the beginning of a dynamic that will fuel the greatest Batman story of the last 25 years, Batman RIP, and it’s an important moment in the characterization of Jett as well as her relationship with Bruce, but it’s more important for what it means in the buildup to Grant Morrison’s blood-soaked magnum opus. 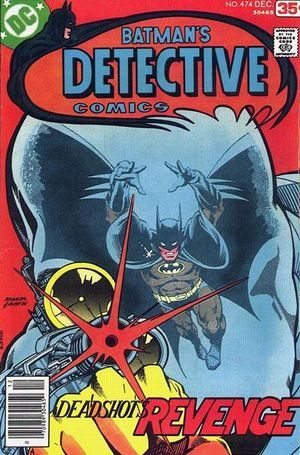 Romantic dinners are hard. If you don’t have a lot to talk about, things can get awkward. However, sometimes you can also get nervous and just blab out a bunch of nonsense and then you’ve ruined everything again, you goon. Nice job, dummy. Yeah, better to just go radio silent.

Bruce Wayne, fellow king of not doing well during romantic dinners, abandons any pretext of decency in this issue when he goes on a date with Silver St. Cloud, who’s slowly figuring out that her man-about-town is holding onto a host of secrets and is doing a terrible job of keeping them hidden.

By this point in the story, she’s put together enough clues about what he might be getting up to late at night and after an awkward dinner and catching a glimpse of Batman battling a recently escaped-from-prison Deadshot on top of a giant, fully functional typewriter, she finally knows the identity of the dark knight. All things considered, it’s probably better than being too aggressive about splitting the check.

Wolverine and the X-Men #14 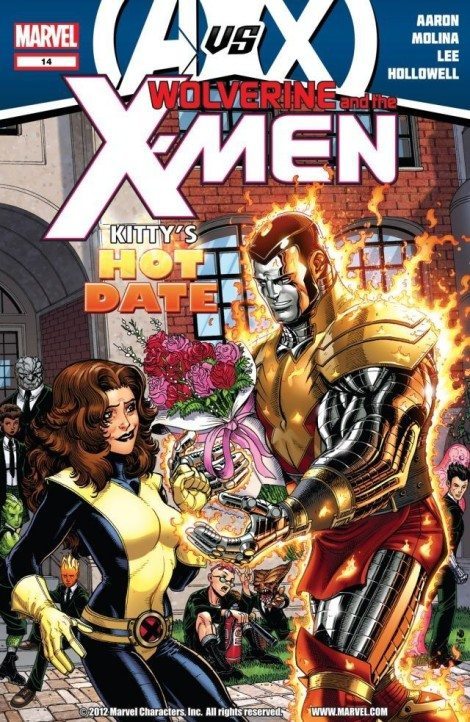 I’d love to be funny and smarmy about Wolverine and the X-Men #14. I could make a series of jokes about my terrible and occasionally amusing romantic history and allude to people and events that are possibly nonfictional. This is all a possibility.

But really, don’t do what happens in Wolverine and the X-Men #14. In the midst of Cyclops’ war on the Avengers and humanity in 2012’s “Avengers vs. X-Men” storyline, Colossus kidnaps Kitty Pryde from the Jean Grey School, binds her to a chair, and tries to have a romantic dinner while showcasing all the power he wields as one of the last remaining members of the Phoenix Five.

It’s a painfully uncomfortable issue, where Kitty is clearly broken by seeing a man she once loved treat her as a victim and beneath him. Ultimately, the way the school’s teachers, staff and students finally fight back against Piotr in the issue’s conclusion is some well earned emotional catharsis.

Superman: The Man of Steel #4 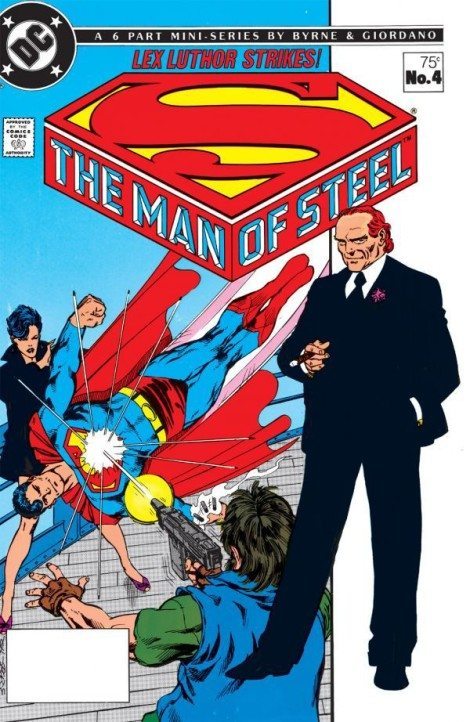 One of the most important parts of going on a date is trying to find a person who doesn’t hate you. This can be a problem if you are, say, a shortsighted comic book obsessive who keeps talking about the parallels between the X-Men’s “Fatal Attractions” storyline and the Star Wars “Dark Empire” graphic novels and how both set the visual and storytelling language of the ‘90s event series. Also, you’re wearing a shirt that you forgot you wore the elbows out of. Also, your car breaks down. And she hates you.

This is vastly the situation Clark Kent and Lois Lane find themselves in during John Byrne’s 1986 retcon and update of Superman’s origin for the Reagan years. After securing an interview with himself, Clark has become the number one enemy of enterprising reporter and general boss of the Metropolis journalism scene, Lois Lane.

Lois decides to take Clark on the world’s most passive aggressive date on a yacht ride with one Lex Luthor, at least partially to run interference for her for as the Metropolis’ most maniacal business man and xenophobe tries to pull the Nice Guy act with her.

Lois Lane is the goddamn best. It barely matters that pirates attack. That’s how great Lois Lane is. 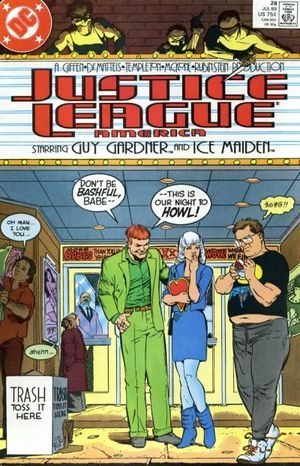 One of my worst first dates that didn’t involve meeting an adult woman’s parents while hiding out from a tornado was in college when, after debating what movie we should watch, the woman I was with decided to choose the latest Ryan Gosling film.

No, not The Notebook, not Drive or, oh god, even Only God Forgives, but Blue Valentine, a psychological torture chamber of a movie, where beautiful people do terrible things to one another as their marriage falls apart. I knew after Gosling finds his daughter’s dog dead in the first 5 minutes that this would not go well. Two rape scenes, several bouts of intense spousal abuse, and a screaming match in a hospital later, I’ve never been so excited to say goodbye.

I’ve still got one up on Guy Gardner and Ice in Justice League of America #28 from 1989 though. After months of needling, the young goddess decides to step-out with the Lantern who had to search far and wide to somehow find a barber willing to craft the world’s most impressive bowl cut.

Naturally, Guy decides a movie is the proper event for the night and he chooses an avant-garde film, cleverly called Three Men and a Babe. Yes, the pair attend a showing at the local nudie theater, though even a brief stop at a peep show isn’t enough to convince Ice that she’s possibly at the wrong place. After violently kicking Guy out of the theater, the pair are assaulted by a bumbling Black Hand but by that point the damage is mostly done. Much like me, Guy would not get a second date for a long, long time. 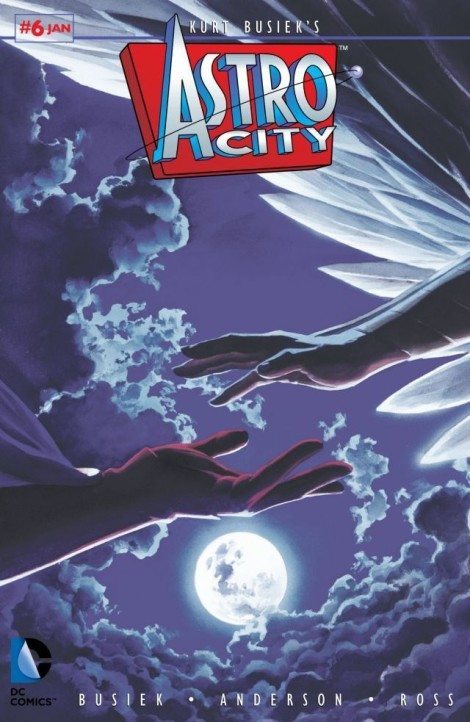 Kurt Busiek and Brent Anderson’s first six issues of Astro City are among the best comics ever made and “Dinner at Eight,” Astro City #6, is one of the finest examples of the genre-examining formula they perfected and a personal favorite issue.

The issue focuses on a date between Honor Guard members, time-traveling Superman-analogue, The Samaritan and Wonder Woman-inspired manifestation of feminism and the battle against culturally-ingrained-misogyny, Winged Victory. It’s an intriguing but spectacularly and purposefully awkward issue. Both are prickly and defensive, unsure of whether or not they can or want to compromise their beliefs and integrity just for a moment of romance, sex or love.

They’re fundamentally different people, set in their ways and scared of what changing for another person would mean for their status as heroes and lovers. It’s a fantastic portrait of the dangers opening yourself up to romance entails but also what can be missed by pushing people away. While the pair’s dynamic would shift and change throughout the series, it’s never more charged and intimate than a brutally uncomfortable tiff over dinner and drinks.