Catching Up With: Games of Thrones Season 4

Alright guys, some crazy things happened in Westeros last season on Game of Thrones and Season 5 is setting itself up to be another wild adventure. Let’s zoom through the five most important moments of last season before the series premieres on Sunday night at 9 PM on HBO!

1. Long Live the Lions… Or Maybe Not… 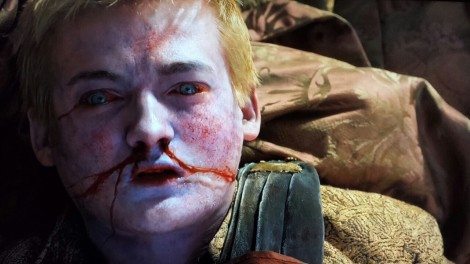 Joffrey was a murderous little maniac and Tywin was just a grown up version of Joffrey, but viewers were still shocked and delightfully satisfied when the two were murdered in outrageous fashions. While Joffrey’s death and Sansa’s escape had fans cheering no one can deny the immense satisfaction we all had when Tyrion finally stood up to his father, the man who abused him from the second of his birth and used him as a pawn in all of his little games. With the young Tommen now on the throne and Cersei on her own to maintain the power of the Lannisters’, who knows what season 5 will hold for the family.

2. The Starks Go On an Adventure 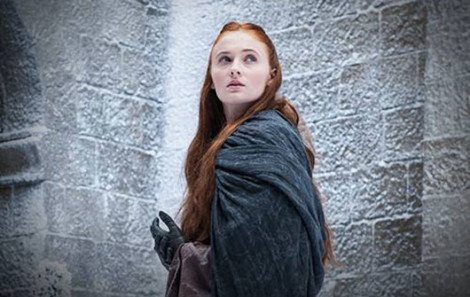 After the brutal end of Season 3 and the tragedy that was the Red Wedding, you would hope that something would go right for the Starks for once. And well… of course it wouldn’t end that way. Sansa escaped King’s Landing during the confusion after Joffrey’s assassination but ended up with the conniving Littlefinger, who ended up murdering his wife Lysa (Sansa’s aunt) after confessing in front of them that he only ever had eyes for Catelyn…. who Sansa just looks so much like. Now travelling as Alayne, the young princess has many new weapons up her sleeve as she departs for a tour of the Vale.

Arya herself has been on an adventure where she has to use skills of a different kind. The two sisters have always been two sides of the same coin, and while Sansa has to rely on wits, Arya is becoming increasingly more proficient with the sword. As she and the Hound travelled, she has acquired more strength and courage given that she must fend for herself now. After a brief encounter with Brienne who left the Hound for dead, Arya took off with his money and found safe passage on a ship to Braavos, where her story will continue.

The Starks are integral to this story, and I feel that I can’t talk about Season 4 if I don’t mention the remaining males in the family, Jon Snow and Bran (and Rickon, but he’s off… somewhere). Bran has been making his way to the Wall since his father’s death, and Season 4 had him going through hell to get there. With his crew, including the always lovely Hodor, they braved murderers and thieves on their way to the Wall. Bran found the strength to go on through his ability to take control of Hodor, not to mention that he had chance encounter with his brother, Jon Snow.

Jon has been fighting a losing battle with the men in charge at the Wall, but he slowly found his footing and has started to show true leadership skills. This came crashing down at the end when Ygritte, the wildling who stole his heart, died in his arms after their attack on the Watch. Will anything ever go their way?

The reveal that there is some sort of leader of the White Walkers who can perform magic and TURN HUMAN BABIES INTO WHITE WALKERS was a massive plot point we all needed to pick up on. I don’t care how unimportant you think this was but the fact that we were given some insight into these mysterious creatures was amazing and I can only wonder what this means for the future of the series and the books. 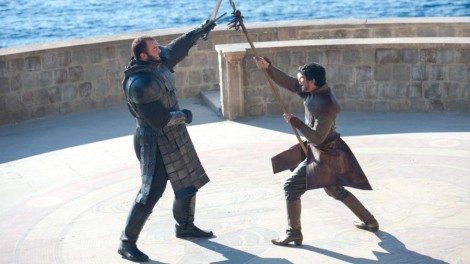 Let’s be one hundred percent honest, everything about the trial of Tyrion Lannister for Joffrey’s death was engaging (who could forget Peter Dinklage’s monologue as he stood before the elite of King’s Landing?), but the trial by combat brought the death of one of our favorites. Prince Oberyn Martell swaggered into King’s Landing, and into our hearts, with his open disdain for the Lannisters and the petty politics of the people and his smug little face. As we learned about the fate of his sister at the hands of the Mountain, a monstrous man kept employed by the Lannisters, we all hoped for at least one happy ending in this story. That Oberyn would be able to avenge his sister and her child. Unfortunately, that wasn’t the case and his death set off a sequence of events that will determine the fate of Dorne and of his daughters, the Sand Snakes, who will be thirsty for revenge.

Sure, there were a lot more moments and we can’t forget that Dany is off building her empire in Mereen, but these five will definitely have a massive impact of the fate of the people of Westeros and of the series in general.