Did “Insurgent” Surpass Its Predecessor? 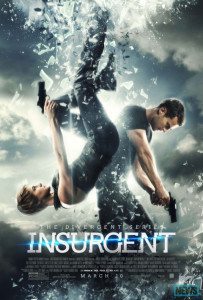 It seems like these days one thing we have in overabundance is films and books set in a dystopic future with young adult protagonists struggling to find themselves within a world that forces them into cookie cutter shapes.

And while, the first film gave us everything we wanted from a young adult series adaptation, Insurgent fell short. Or rather, it blurred into the background of the genre. It lacks a lot of the punch we got from Divergent and although Shailene Woodley tries her hardest, it doesn’t quite meet the bar set by the first film.

Insurgent delves into the struggle of identity in one of the most heavy-handed ways, addressing Tris’s parents death in overworked symbolic and metaphoric gestures that might work well alone, but all together feels trite. From her obligatory hair cutting, to her relentless guilt, to her literally fighting an internal battle, Insurgent reminds us over and over again that she feels guilty for her parents death. And that is fine, if only it didn’t blind us from the rest of the story. 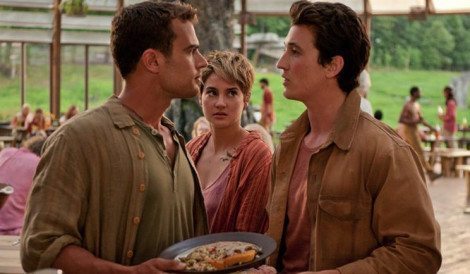 Instead of addressing the core identity of an entire society through Tris, we spend much of the film worrying about her. Although it will eventually be cathartic for her as a character, as an audience member there is only so many times I want to see her cry and look off into the distance and be comforted by her boyfriend before I am asking to get on with the rest of the story.

Speaking of Four (Theo James), despite an interesting storyline given to him in the form of his presumed-dead mother, Evelyn (Naomi Watts), Four trails after Tris. They barely scratch the surface of his relationship with Evelyn, despite dedicating some time to his relationship with his father in the previous film. In a storyline overfilled with Tris and her parents, Four goes from semi-protagonist to complete supporting character. 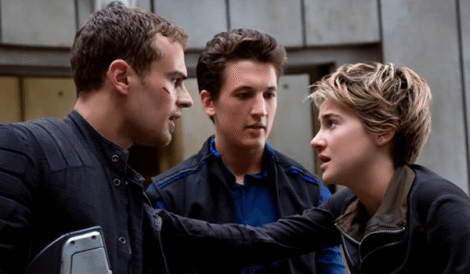 In a perhaps surprising turn of events, Miles Teller’s Peter shines as some sort of beacon in the distance as not only an interesting character but one that delivers satisfaction to the audience in terms of plot. Although he was the typical antagonist lackey in the first film, Insurgent opens new doors for his character and Teller does well with the change.

The well-choreographed action sequences we saw in the first film return in full glory in Insurgent as we get some great shots of combat both in real life and in the simulated world that Tris steps into. Despite this, Tris’s time in the simulated world brings on a barrage of 3D-dedicated special effects, in which we spend some time staring as things shatter and dissolve in front of us. If the movie had a stronger base to stand on, this would be a nice little bow to tie the film together, but alas it also got old. 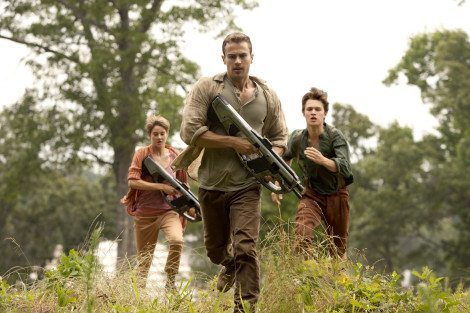 The unfortunate truth is that while there is not much truly wrong with Insurgent, it does few things right. Every twist and turn is expected, there is nothing new. As an audience that has been bombarded with this genre, it feels almost instantly forgettable.

Final Thoughts: Visually it is enjoyable to watch, and fans of the genre might enjoy the archetype, but Insurgent falls short from its predecessor. It’s heavy-handed themes lend themselves to overworked storylines and the lack of any true impact.