One of the things I love most about my nerdy brethren is how damn creative they can be. I also love the internet for letting them share that nerdiness and also contribute to it. There are some pretty awesome Kickstarter campaigns out there just in general but I very obviously have a soft spot for nerdier ones.

Case in point: check out this Kickstarter campaign for Jurassic Park: The Musical In 3D.

The Colonel Mustard Amatuer Attic Theatre Company is a group of awesome thespians based out of Lincoln, Nebraska. They have a history of taking pre-existing stories and adapting them for the stage complete with their own lyrics and compilations of music. They then perform their low budget but ridiculously awesome musicals outdoors and completely FREE to the public.

It all began with the original Jurassic Park: the Musical in a backyard in Lincoln, Nebraska back in 2009. Since they they have adapted two other properties into Dr. Quinn: The Music and X-Files: The Musical along with their sorta choose-your-own adventure historical fiction musical, Gods of the Prairie. 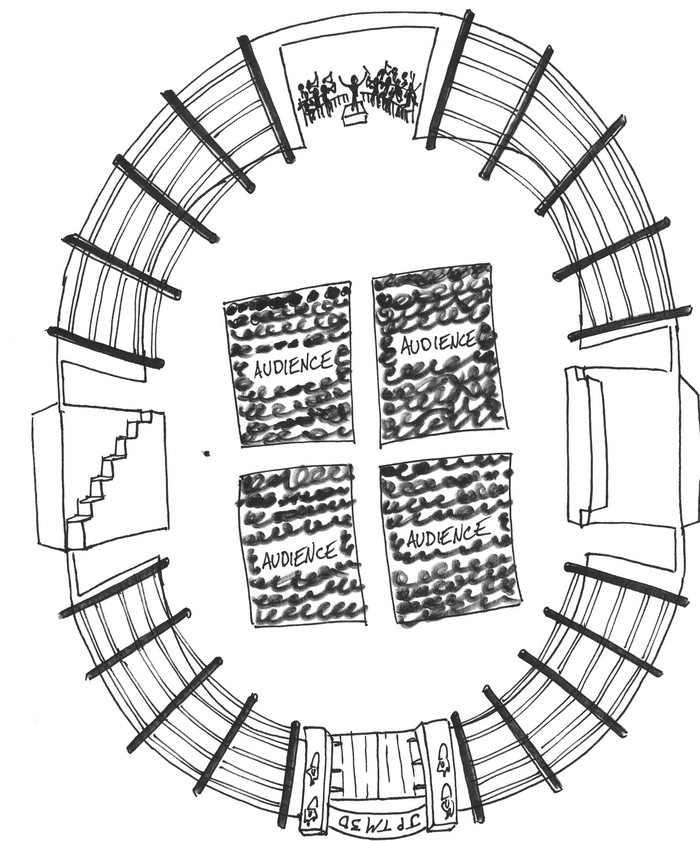 But now they are looking to revisit their original inspiration – Jurassic Park!

Taking their queue from the recent re-release of Jurassic Park in theatres remastered and re-released in 3D, they want to give the music loves in their town a truly immerse experience. How do they intend to make musical theatre a 3D experience? Aren’t they already in 3D? Well, of course they are. But their explanation is actually quite fun. Instead of just preforming on a stationary stage the cast will place the audience in the middle of the action by performing the play around the spectators.

In effect, they are placing the audience at the center of the action.

I don’t know about you but I think the prospect of seeing cardboard dinosaurs rushing around me would be pretty freakin’ awesome. (Okay, so, I don’t know if they’ll be cardboard. But I know what they will be and that’s awesome.)

You can watch the entirety of the original Jurassic Park musical below. And then after maybe you’ll think about supporting the upcoming 3D project. If you’re in the Lincoln area check out the 3D spectacle yourself August 23rd or 24th on the grassy lot at the corner of 9th and ‘D’ Streets . I know it sounds like a place in Night Vale but that’s straight from the Kickstarter page so you know it’s legit! Because of the enclosed nature of the musical space will be limited to 600 people per night. Kickstarter backers in the Lincoln area can get guaranteed seats at certain donor tiers and it’s definitely going to be worth it to not need to worry about getting turned away. (The rest of the seats will be available for free on a first-come, first-serve basis like all of the company’s other open-air productions.)

Seriously. Watch this. I was laughing hysterically the whole time. These guys rock.