“The Adventurers Guild” Kicks Off One of the Year’s Best New Middle Grade Fantasy Series!

Friendship and fantasy take the forefront in The Adventurers Guild which kicks off one of the year’s best new middle grade series! 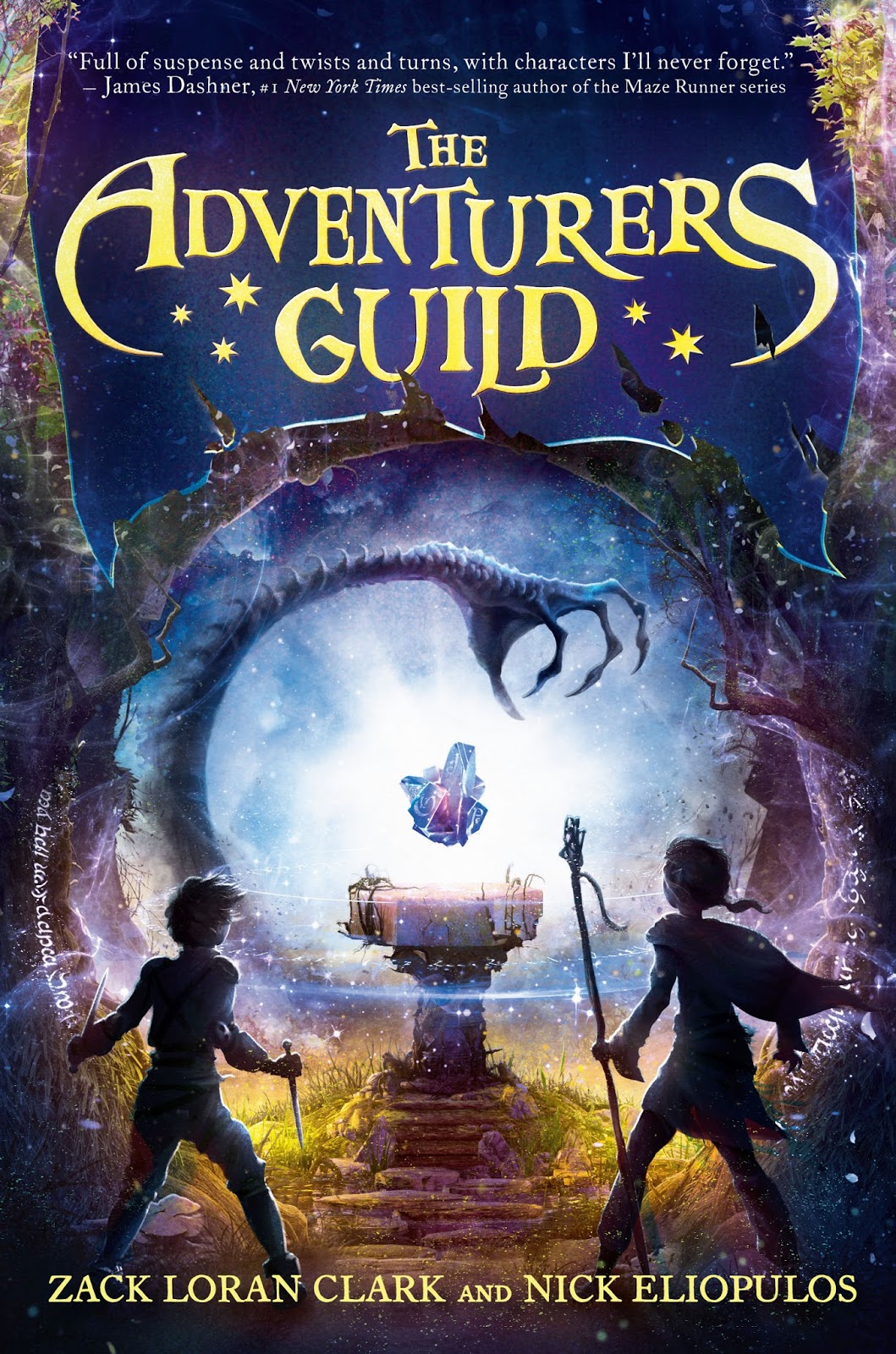 
Rating:
Friendship and fantasy take the forefront in The Adventurers Guild which kicks off one of the year’s best new middle grade series! Zack Loran Clark and Nick Eliopulos pull together some classic fantasy tropes to create a fun adventure that young readers will love. Older readers will enjoy it too — especially those who can appreciate the story’s Dungeons and Dragons-influences.

The Adventurers Guild follows a pair of childhood friends named Brock and Zed. The boys live in a city surrounded by dangerous monsters kept at bay only by the soldiers guarding the walls and, of course, the titular Adventurers Guild. It’s one of the few safe places left in the world and as such things are run in a very particular way. Children are swapped and sorted between the city’s guilds. Every year they take there is a big ceremony in which they’re all set on the paths they’ll follow the rest of their lives.

Despite their close friendship, Brock and Zed come from very different worlds. Brock is the son of well off merchants while Zed is the half-elf son of a mother effectively slaving away in the lowly service guild. Brock’s certain he’ll follow in his parents’ footsteps. Zed just wants to join the Mage Guild and change his and his mother’s future. But fate, it turns out, has a different idea when Zed ends up being snapped up by the Adventurers Guild and Brock follows along after him.

Life in the Adventurers Guild is very different than the lives they might have expected and it’s full of life-threatening danger — something that they learn shortly after joining. But it’s also full of friendship and camaraderie. Brock and Zed quickly find their place among the other newbies, Liza and Jett, while occasionally butting heads with their abrasive, unapologetic guild leader, Frond.

The relationships in this book really form the core of the story and they’re why I love this story so much. Brock and Zed’s friendship is so clearly special to both of them. I suspect a lot of that comes from the fact that the authors themselves are so close. It’s evident that they know what that kind of a relationship looks like and it makes Brock and Zed feel so much more realistic. Throughout the book, no matter what happens, they always have each other’s back. And it’s great to see how Brock reacts not just when Zed in in danger but as he sees his friend start coming into his own.

But while Brock and Zed take the forefront in this story the other characters are really wonderfully developed.

Liza is an awesome, capable young woman who truly makes her own destiny. While Zed may have been unwillingly drafted into the Adventurers Guild and Brock’s choices effectively made for him, Liza is determined to get what she wants out of life. And her relationship with her twin brother, Micah, adds a lot to the latter part of the book. I also really liked Jett. He doesn’t get nearly as much ‘screen-time’ as I would have hoped but the times we do see him are often times a lot more moving than you might expect from a middle great book.

The overall plot is exactly what you would hope for from a middle grade fantasy. The boys and their friends find themselves wrapped up in some pretty strange goings-on that could effect the fate of the whole city. And it’s only together that they face what lies ahead. Clark and Eliopulos do a fantastic job of setting the stage for all of the climactic revelations throughout the book. They don’t rush the plot nor the character development, taking the time to let everything flesh itself out naturally. There are plenty of serious moments but there’s more than enough humor throughout to keep the book overall fairly upbeat.

The Dungeons and Dragons influences are clear from the types of monsters they face and the sort of situations they find themselves in which I felt added a lot to the story. Thanks to all the nostalgia-centric release we’re seeing these days D&D is cool! And kids who are at least to some degree familiar with the game will recognize the kobolds, gelatinous cube-like creatures, and more. There’s even a little mini-monster manual in the back of the book that’s been scrawled through (likely by Brock or Zed).

So, you know, in addition to being a good book it’s also a pretty good looking book!

The Adventurers Guild will definitely be making our list of best middle grade books of the year. It is such an awesome story and I love the classic fantasy feel to it. It’s got the perfect blend of adventure, friendship, humor, and monsters. Plus who can say no to a world altering conspiracy? It’s an engaging, fun read that readers young and old will enjoy. If you haven’t read The Adventurers Guild yet, you really should. We can’t wait for the next book!