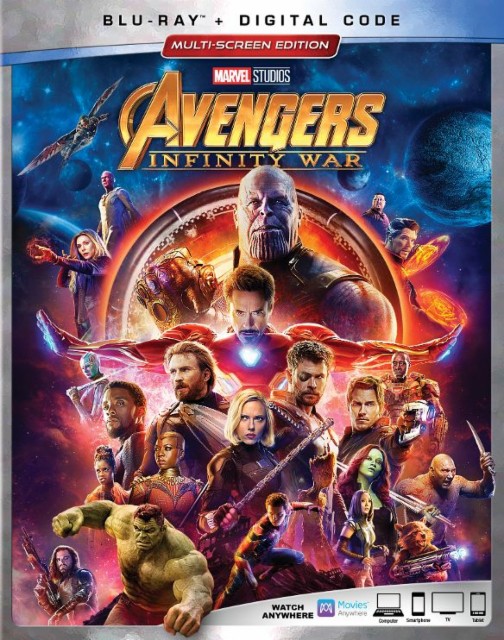 After ten years, Marvel’s cinematic vision has finally come to it’s ultimate cumulation in Avengers: Infinity War. I can’t say ‘ultimate conclusion’ because we know that things aren’t ending with Infinity War. But an era is coming to an end. The next phase of Marvel films seems poised to embrace new heroes on new journeys and open up the cinematic universe to a slew of new characters and storylines. And while I have my misgivings about it, none of that would be possible without Infinity War.

Much like Kylo Ren’s message about forgetting the past, Infinity War is a reckoning for the Marvel universe. Our heroes have become complacent — as have the fans. We have been fed this idea that at the end of the day the Avengers will save the day. No matter what happens our heroes will come out victorious. We have our favorite characters and we have our favorite ships. We have always had this idea that eventually everyone comes together and they’ll save the universe and after that we’ll move on to even more happy films and stories.

And then with Infinity War everything we think we know immediately comes into question.

Ten years ago the folks at Marvel had this idea to create a cinematic universe to tie it’s characters and movies together. When they first made Iron Man I don’t know what they had in mind. I don’t know if anyone thought things would ever get this far. But fans have been waiting for Thanos to see whatever diabolical plans he set into motion with the first Marvel’s Avenger to come to fruition and we finally got our wish.

Cody Eastlick, our resident movie buff, had some thoughts to share about the movie in our original review. I have a lot of the same feelings that he had and I think he’ said it best: “[Infinity War]… further puts Warner Bros. and DC to absolute shame.” Marvel does a great job of bringing together all of their heroes, sending them on their way, and creating some solid cohesion. I will say, though, it’s depressing. It’s a really depressing ending and I knew enough from the spoilers I happened upon to know that had I not had to write this blu-ray review I probably wouldn’t have even watched this movie until the next Avengers film had been released.

Infinity War brings ten years of Marvel Cinematic Universe canon together in one explosive film — and then immediately shatters everything we ever knew. It’s an amazing feat as well as an emotional one. You won’t want to miss it… though if you’re particularly susceptible to ‘the feels’ you may want to wait until the next movie comes out so you don’t have to languish through the year between films.

Considering the importance of Infinity War not just to the Marvel Cinematic Universe but to the fans as well, Marvel presumably knew they couldn’t skimp when it came to special features. They do a pretty good job of giving fans what they want without getting too special feature heavy. They include the standard like an audio commentary, gag reel, and deleted scenes as well film-specific special features as well as a pretty awesome director’s roundtable.

But, honestly, they could have gotten a little crazier in their special features. I know some earlier releases included a few reflections on the Marvel Cinematic Universe’s tenth anniversary but this is THE movie we’ve been anticipating for a decade now. They could have probably done a bit more.

That said, the special features that are included are pretty great.

There’s a pretty neat little introduction by the Russo brothers that’s great for people who don’t like audio commentaries but want a little bit of hype to get them ready for the film. They talk about the process of filming this movie – and the sequel – back to back as well as the history that has led up to this ultimate showdown with Thanos. It’s pretty short and sweet and won’t give you too much information but it serves it’s purpose well!

Two shorter special features focus on some of the bigger themes in the film. Strange Alchemy discusses not just how the various characters from across the Marvel Cinematic Universe came to meet in this film but how they’ve come together throughout the franchise. They folks behind the film put a lot of thought into who was going to team up with who in Infinity War and that’s part of what made this movie work so well. The Mad Titan, meanwhile, focused entirely on Thanos. It talks about how his story has been teased and hinted at throughout the various other films and what it was like to finally see him at the forefront.

I’m a big fan of Beyond the Battle: Titan and Beyond the Battle: Wakanda, though. These are two great special features that focus on the final showdowns both on Titan and in Wakanda. I’m trying to avoid spoilers but it’s hard when you’re talking about these special features. Essentially, they talk a lot about the various characters who wind up on scene together, the challenges of bringing those scenes to life and then, of course, about the devastating endings that comes immediately after. They’re great and totally worth watching. If you only watch two special features, these should be the ones.

But the real pièce de résistance is The Director’s Roundtable. It’s a half hour long sit down with the big names behind the Marvel Cinematic Universe as they come together to reflect on their films and the last ten years of Marvel films. It’s a great conversation made a little bit awkward by the recent developments with James Gunn. But it’s really amazing to see all those directors come together in one place to discuss all the ways that Marvel has grown over the years. It’s definitely a lot of fun!

The gag reel is, of course, a lot of fun, too. And I am a sucker for deleted scenes. The deleted scenes in this release are paired down to just four of them but they’re more than worth watching. There’s also an audio commentary for those inclined to give it a listen.

Over all, the special features are good but considering the fact that this is the penultimate film leading into the end of this era of Marvel films it feels like they could have done more. I loved a lot of what they did include, though, so by all means I’m pleased with what we got!

Avengers: Infinity War is a much darker film that we are used to seeing in the Marvel Cinematic Universe. The stakes are higher and that false sense of security given by the fact that the good guys always seem to win is long gone. It’s not really a family movie – at least not yet. I honestly wouldn’t have watched this film for another year myself until the next one was out had I had the choice because I prefer my superhero films with happy endings. But I digress.

Infinity War is a heart-wrenching, must-see entry in the Marvel Cinematic Universe that is poised to change everything. It’s available on blu-ray combo pack and Digital HD everywhere!