The Avengers: Infinity War — What Does It All Mean & All the Questions We’re Left Asking Ourselves

Infinity War is the most elaborate spinning of plates Marvel has had to execute and they do it damn near flawlessly. It is a perfectly balanced film that thrives on unexpected pairings and modern gods battling across wild set pieces. 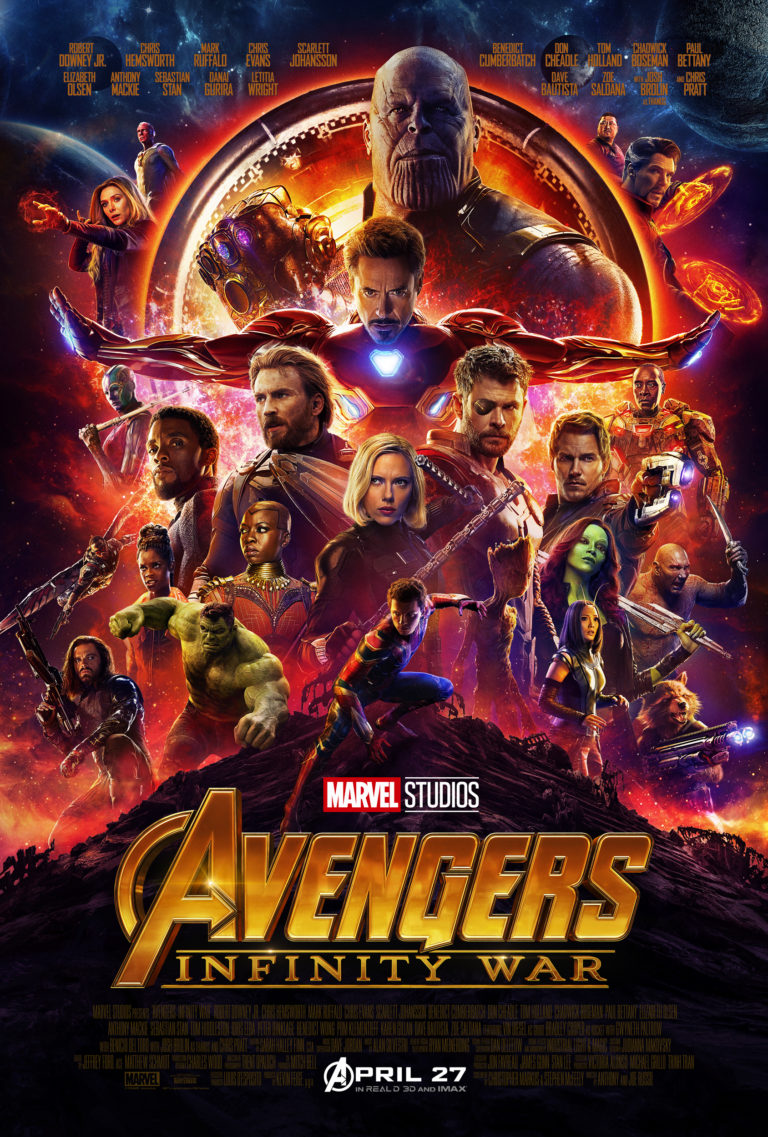 
Rating:
10 years after it started, 18 movies later, an entirely new format genre of movies – the cinematic universe, and we’re here. The apotheosis of superherodom. Thanos has come. Six years later, he has arrived. Does it hold up? Was it worth the wait?

Hell yes! The movie picks up right where Thor: Ragnarok left off and we’re back in our favorite universe with our ridiculously massive cast (seriously, did you read the cast list up there? It’s massive!). This time around, it’s not just Thor, Captain America, Iron Man, Hulk, Black Widow, it’s the Guardians of the Galaxy, its Wakanda, it’s Spider-Man.

It’s the Marvel Cinematic Universe versus the big bad purple people eater himself, Thanos the Mad Titan, on his quest for the six Infinity Gems and the power to enact his buck-wild scheme: to bring balance to the universe. While Marvel may be known for having a less than stellar track record, they have figured it out with Thanos. His goals, while wild, are clear and understandable for a madman. There’s no giant beam from the sky destroying a city.

It’s a Marvel movie. You’re gonna have fun. The biggest thing I want to make clear about it is how perfectly balanced this thing is. It’s the most elaborate spinning of plates Marvel has had to execute and they do it damn near flawlessly.

Long have people commented on the ‘sameness’ of some of the movies, of some of the characters. The overly quippy nature of most our heroes. Look at Doctor Stranger, when it arrived we saw another egotistical, super genius with a goatee. Right.

What happens when he and Tony Stark meet up? They’re irritable, assholes to each other! It’s perfect. Look to your friends, or yourself if you’re the funny one. What happens when you meet another ‘funny one,’ you automatically are on edge with them, someone else is trying to step into your space.

So it is with all the heroes as they step into each other’s mansions, countries, and starships, they bristle but find understanding and common ground in the greater good. They interact and joke and team up in unexpected combinations as they work to thwart Thanos and his quest for universal balance.

It also further puts Warner Bros. and DC to absolute shame. What Disney and Marvel have been able to accomplish so successfully and they have fumbled through. It’s astounding.

All of that said, the movie is not flawless. There are deaths. I’ll just say it. You know it. The teasers are out there, the Russos’ tease it. Hell, maybe you read spoilers! But these deaths… they don’t have much impact really. After a movie makes overt references to the fact that deaths aren’t always permanent, it’s strange that it lingers as if something really has changed, that the status quo will be forever reset. But it won’t.

And that’s ok. I don’t expect them to be permanent, or real changes. These are movies based on comic books. The medium is known for this type of thing. If they really want to surprise us the damage done will be permanent but we’ll have to wait and see what happens when Avengers 4 comes along. For now, just enjoy the ride as it comes, watching our favorite brightly colored modern gods do battle across wild set pieces.