The Shape of Water is incredibly worthwhile. Smart, charming as could be, and delightful. It never drags or misses its mark. 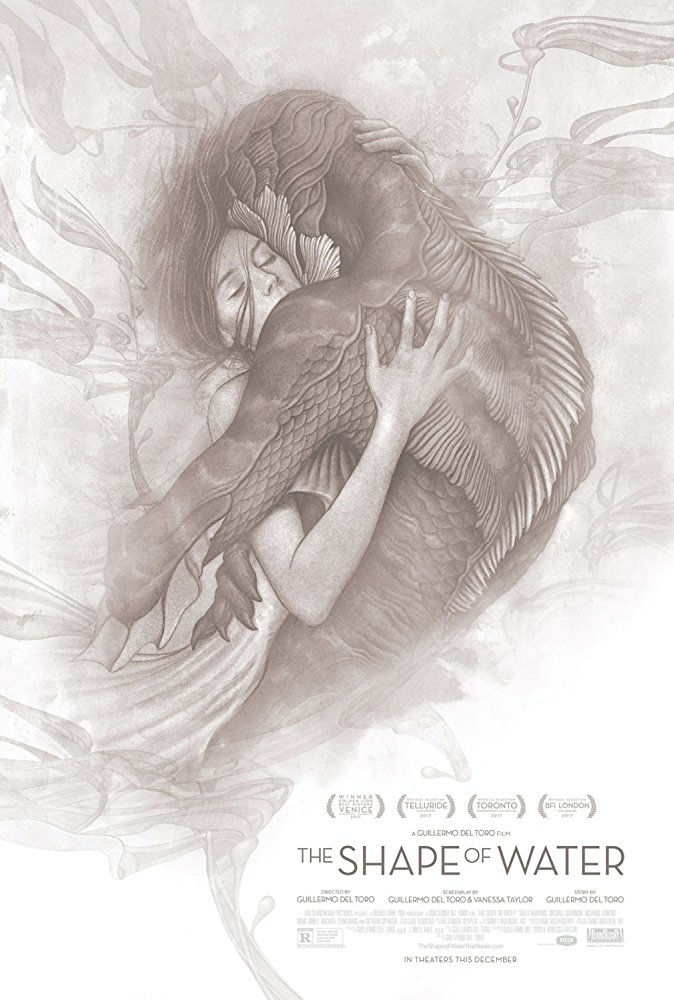 The Shape of Water is the story of a mute janitor working in an aerospace facility in the 50s, Cold War in full swing, racing to space, the whole kit and caboodle. Sally Hawkins is that janitor, Elisa Esposito, who finds something she wasn’t meant to, and then, maybe, finds love. Michael Shannon is the rigid Strickland, government agent who found, captured, and is watching over the Amphibian man.

The rest of the cast makes up a diverse and incredibly well-rounded group of characters. Not one of our main characters is simple or two dimensional. Michael Shannon’s Strickland is a hard ass government agent, sinister but also the family man who believes in positive thinking.

Sally Hawkins is perfect in this film, getting across the emotion, thoughts, and motivations for her character Elisa without any need for speaking. Shannon has that meanness in his movements, his stature. Richard Jenkins as the artist across the hall is perfectly meek and also warm and friendly.

That is one of my favorite things about this movie. It isn’t about the Power of One. It is about friendship. Romance is second fiddle to the relationships these characters have between their friends and coworkers. Love has many forms.

I’m not going to go any further into the plot, I hear the trailer feels like it has revealed too much but really when watching the film you won’t be surprised by much. It isn’t about shocking twists. It’s about a delightful ride through 1950-Weird with fully realized characters in a movie that doesn’t hold back.

The briefest of spoilers. The movie’s R-Rating comes partially from ‘sexual content’ and to be honest that was a refreshing thing as depicted in Water. There is nudity, but it is never done in a titillating manner.

The movie opens with that critical sin of storytelling (according to my college fiction courses) of opening with Elisa waking up and showing her day to day. Part of that day to day is tending to her needs in the bathtub in the morning. When this happens it is shown from a distance and just briefly. It’s not shown as sexy but as a part of her daily routine, she’s a woman who is mostly alone. It’s just natural.

Early on we see Elisa’s wounds and we hear her backstory, which makes the final scene quite telegraphed, but that is hardly a problem. Could it have been better if it was more vague? I’m not sure. Beyond that, there is really nothing I care to spoil.

The Shape of Water is incredibly worthwhile. Smart, charming as could be, and delightful. It never drags or misses its mark. Where Pacific Rim may be GDT’s most fun movie, Shape of Water is contending for the best.