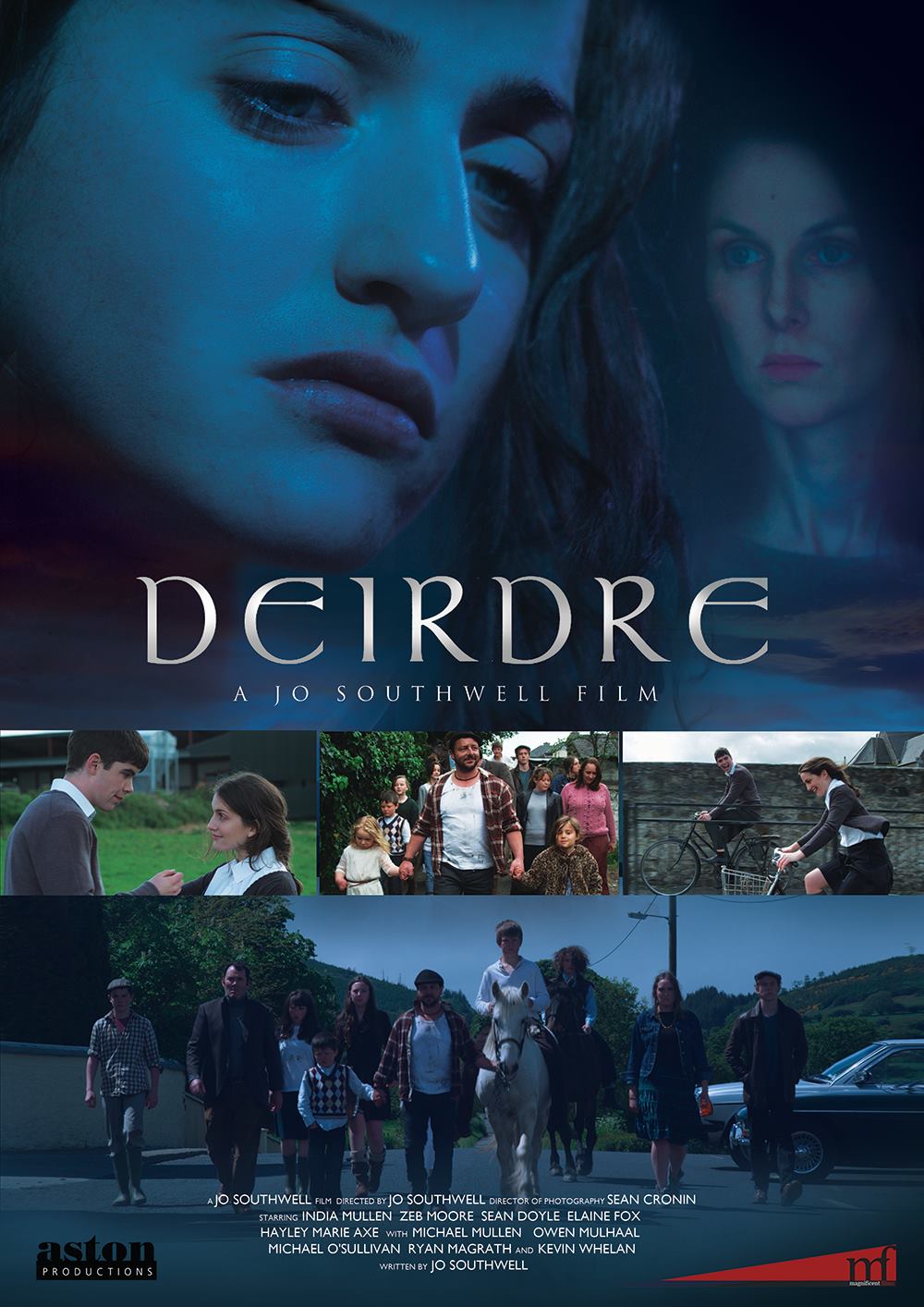 A dark Irish love story inspired by folklore set in a time when religion and community fought to survive.

Dierdre captured me from the first moment the screen lit up. A dark, compelling tale of love, history, and shame, this short left me wanting more of the story. It was like getting a small taste of the cake, and then being left with the craving for even more. I could blither on all day about how good this was, but first, let us talk about the amazing cast and director of this film.

Every actor was enthralling to watch. Mary (Tara Fitzgerald) was terrifying and still made you feel sorry for her plight. As the mother who obviously had secrets, shame, and was very religious, not a moment was wasted when she was on screen. The actor’s portrayal was amazing and had me drawn into her story. The interaction between her and Deirdre (India Mullen) was complex and heavily laden with a history you can’t quite grasp in the short but was hinted at towards the end.

Mullen’s performance as Deirdre was phenomenal. As a character that doesn’t have many lines, actors can often times fall flat and not get their emotions or thoughts across. Not this actor. Every silent word was heard, and the emotion expressed made you feel so deeply for her. The few lines that she did have were mostly in Gaelic and, while that is not a language I understand, the emotion was well expressed and understood. The relationships she cultivates in the film gives you a sense of who she is without the need of words or gimmicks. Truly an actor to watch over the next several years as she grows in this field.

The emotional history that is woven throughout this film is what keeps you on the edge. With secrets that are not immediately revealed and the overarching theme of religion, it is hard not to feel for Deirdre and her lot. The subtle emotional abuse, and obvious physical violence leaves you hating Mary, but later you see the shame and projection that leads her to commit these acts. The threads of passed down shame, social stigma, and prejudice are interesting to follow without overpowering the greater story of love and redemption.

The score flowed beautifully with the scenes and was never overpowering. Paired with the locations that had a story of their own to tell, it kept the short moving at a pace that was neither too fast nor slow. The challenge of a short is telling the story in a sufficient way that your audience is able to understand the story and engage, without becoming bored or overwhelmed. Jo Southwell uses every moment in this short to tell a story that captivates and holds you there.

While this was just a short fifteen minutes, there is talk of it being made into a feature-length film. I do believe this would be a movie worth watching, even if out of your usual realm. Poignant, dark, and yet hopeful, Deirdre is a classic story with a new breath of life in it. From the opening to the credit,s this one had me every step of the way and I truly look forward to watching it as a full movie. Recently screened at Richard Harris International Film Festival and Festival de Cannes, you should keep an eye out for its release.