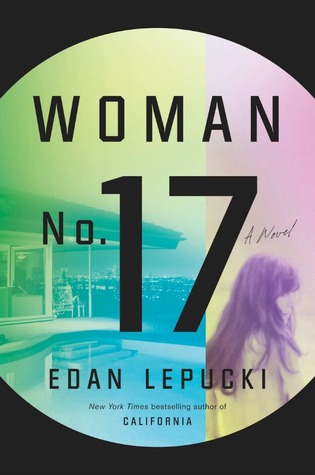 Woman No. 17 tried to capture a Hollywood, neo-noir thriller vibe. It follows Lady, an unhappy Hollywood Hills mother who recently separated from her rich husband, and Esther, the nanny she hires to watch her young toddler (Devin), who eventually starts sleeping with her mute 18-year old son (Seth).

I don’t like literary fiction. Fiction for me is an escape, and this book was far too heavy and too real of an examination of the ugliness of familial relationships to enjoy.

I also don’t like stories about discontented, overprivileged divorcees masquerading as neo-noir mysteries. I like one genre, and I don’t like the second unless I’m watching Reese Witherspoon and Nicole Kidman acting on HBO.

All that being said, this is a literary fiction workshop’s wet dream. It’s a rumination about depression mired in conflict, alcoholism, and mommy issues for 300 plus pages.

At the end of the book, nothing really gets resolved for either woman, or if it does, it’s somewhere in the nebulous future. Esther is discovered as an imposter for impersonating her mother, her art show blindly veering off into a different direction she never intended off-screen. Lady only starts to heal her fractured relationship between her husband and her eldest son. Both women will assuredly end up alright, but we don’t get to really see any of it.

There’s no satisfying ending for either of Lady’s sons, or for Esther’s relationship with Seth. Instead, we get a big, argumentative blowup and then an abrupt ‘where are they now’ in the last few pages.

If you want an ode to modern literary fiction (or something to emulate in your MFA class), this is the novel for you! If you want a shadowy, neo-noir, Hollywood glam adventure, look elsewhere. Woman No. 17 is a lot of prolonged suspense that leaves both the characters and the reader suffering.