Sina Grace Reintroduces Himself with the Bracingly Honest ‘Nothing Lasts Forever’ 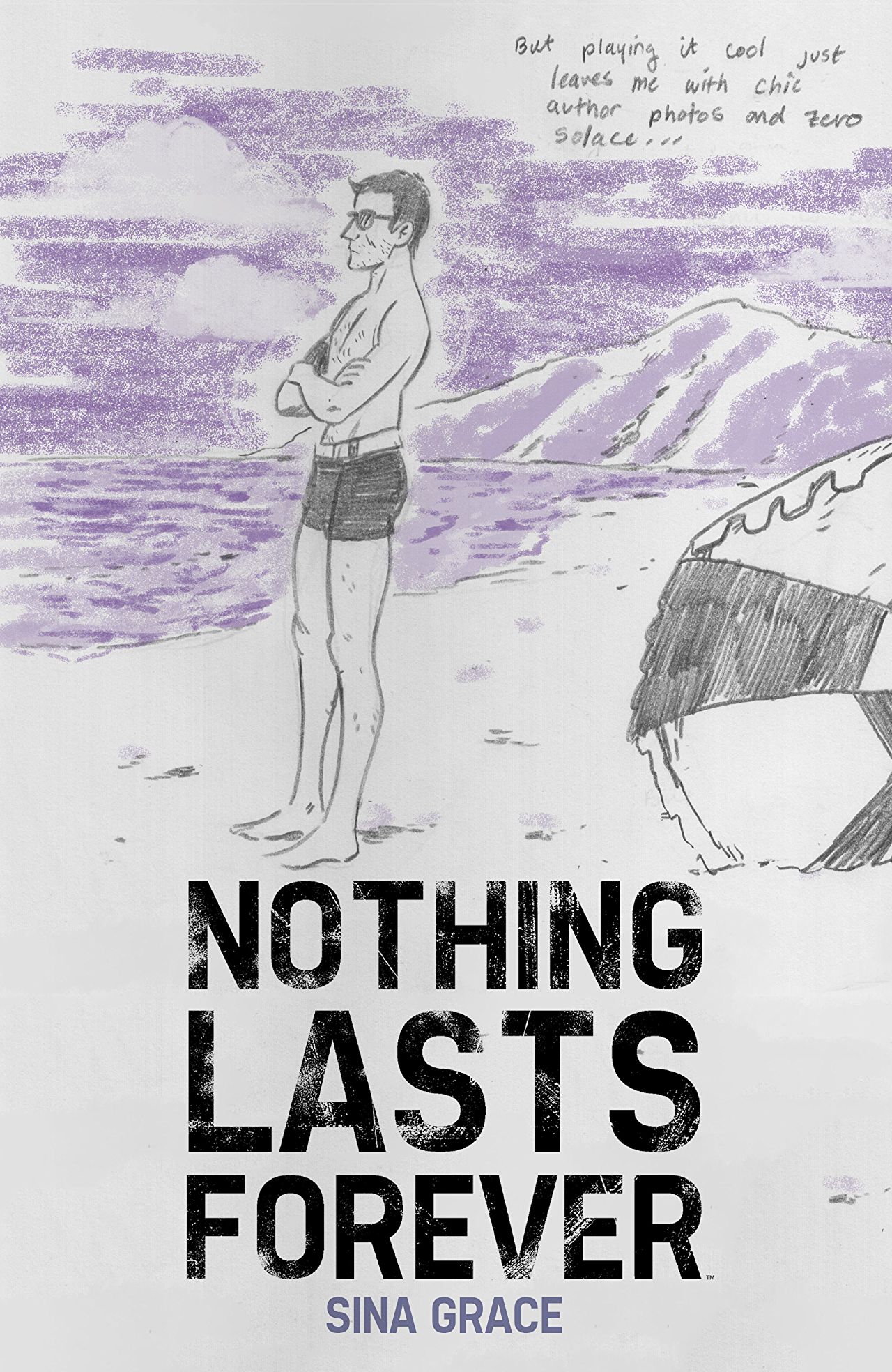 Sina Grace is being introduced to readers in a big way Wednesday as writer of Iceman #1, writing the character’s first ever solo debut as part of the creative team on one of Marvel’s highest profile gay characters. It’s a huge moment for Grace’s profile, although he’s been working quietly behind the scenes as editor of The Walking Dead, Invincible, and as an artist on indie books like The Li’l Depressed Boy and Burn the Orphanage.

The books that Grace takes a more visible hand in tend to be innately personal. The aforementioned indie series’ have a distinct perspective, both tonally and with the frank subject matter that deals with depression, identity, and self-acceptance. His independent cartooning deals most frankly with those subjects. Fans of his cartooning and those wanting to learn more about Grace can find more of him with Nothing Lasts Forever, also released Wednesday, which serves more as a journal than his truly autobiographic comics like Not My Bag and Self Possessed.

Nothing Lasts Forever has a loose structure, divided into ten chapters chronicling Grace’s battle with a mysterious illness, his anxiety over the 2016 presidential election and worldwide terroristic events, and a host of struggles with past relationships and what he’s looking for romantically and sexually.

There’s a tendency in all storytelling to look for structure and Grace mostly rejects that here. He uses a muted color palette throughout, in his words to match the tone of the subject matter. The pencilling itself oscillates from un-inked cartooning to heavily stylized and romanticized fight sequences with detailed, heavy shading. It’s a real showcase of Grace’s talent and versatility, married to intensely personal stories.

Still, there’s a sense that some of the stories feel more like unfinished vignettes than a coherent whole. An extended remembrance of Grace reckoning with his sexuality with a boundary-pushing high-school teacher forms an extended section of an early chapter before it pops back up near the book’s end.

Unfortunately, it never quite coalesces into a definitive statement. It’s interesting and it feels true-to-life in a way that there are few clean endings to stories in life but it sticks out, in much the same way that some of Grace’s stories of struggling to pitch an execute an idea and find inspiration at cons consumes much of the first half of the book before disappearing later.

It’s hard to really knock that lack of follow-through in the wake of the bracing back-half of Nothing Lasts Forever, where Grace worries about death, loneliness, self-hatred, and depression. It’s a bracing shift and one that feels intensely heartfelt. The art is sparse, a little more impressionistic and with a focus almost solely on the self. It’s an interesting move and one that puts the focus on Grace’s transition into the next year of his life.

There’s a voyeuristic sensation to reading autobiographical comics, both as someone who obsesses about the ins-and-outs of the comics industry and seeing someone’s life up close. Despite the personal subject matter, Grace is open and frank about his struggles, personal, sexual, and otherwise, in a profoundly welcoming way.

In Nothing Lasts Forever, Grace is offering readers a look at an intensely personal, emotionally fraught year of his life. It’s ultimately a compelling, heartfelt portrait of a creator at multiple personal and professional crossroads, dealing with a harrowing situation in a relatable way with style and flourish that proves that Grace is as at home writing and drawing as he is behind the scenes.