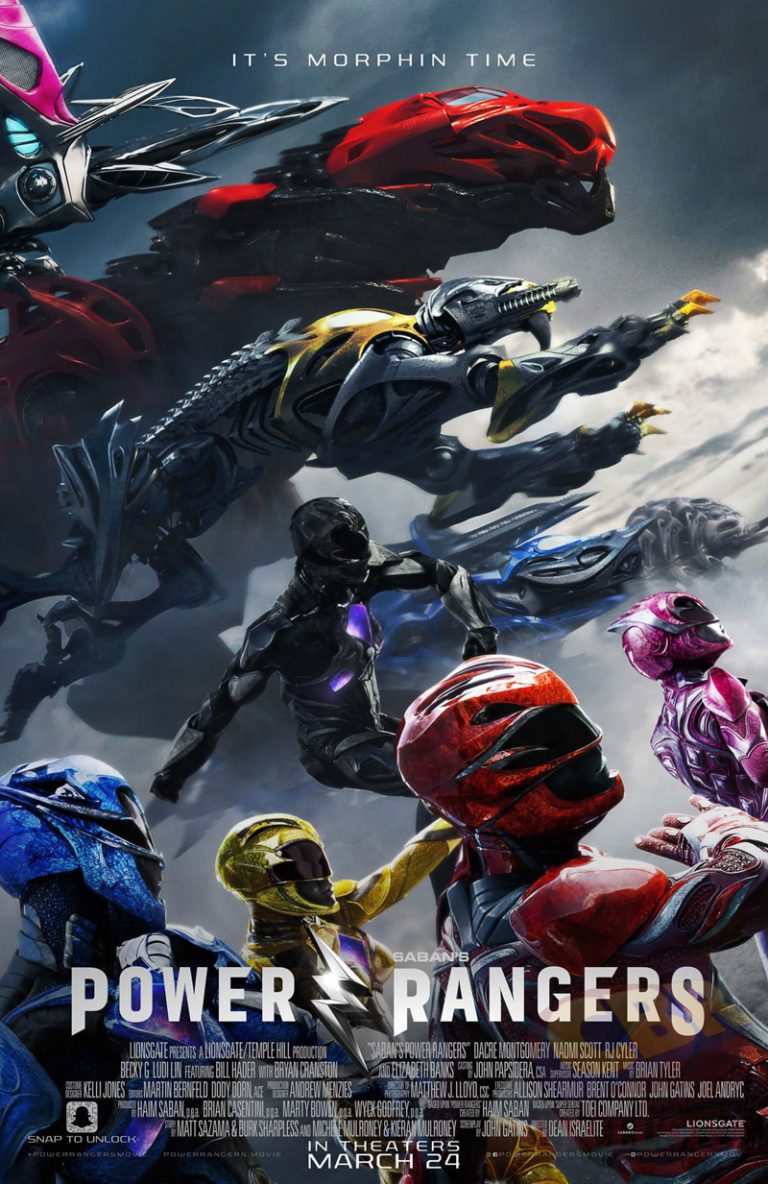 It’s m-m-m-m-morphin’ time! Man, I didn’t think I’d ever be excitedly proclaiming that about a movie but here we are.

Lionsgate has seen fit to resurrect another relic of early 90’s childhood in Saban’s Power Rangers. They’ve updated the characters to fit the slightly more realistic 21st century superhero standard and started their own take on teenagers with attitude. And ya know what? They did a pretty dang good job!

The movie sets the tone early with an opening scene in the Cenozoic era as a team of Rangers are dying. Rita Repulsa (Elizabeth Banks) is about to trash the Red Ranger when The Big Meteor hits and annihilates all life. Fast forward to today and we’re in Angel Grove! Misfit kids in detention make pals, discover some morphing coins, and have to train to stop Rita before she can get her hands on the Zeo Crystal and do something dastardly with it.

For those not in the know, the Power Rangers are a crew of teenagers with attitude, something that the original series had a hard time representing with their wholesome, clean cut protagonists. But not this go around. Each of the kids, Jason, Billy, Kimberly, Zack, and Trini all feel like, well like they’re teenagers. They are all sort of a mess, trying to be who they want but worrying about who they are, grappling with personal issues while struggling to get past them. The acting doesn’t necessarily support these characters the best but it’s clear these are meant to be much more real version of the Rangers than we’ve ever seen before.

The movie toes the line between melodramatic teen self-discovery movie (with music that really sells it!) and weird, silly action superhero movie. For the most part it navigates those two tones surprisingly well with a few jokes that overstay their welcome or never quite land in the first place.

In addition to martial arts action, the other core concept of the Power Rangers mythos is of morality, of kids learning to be better people. This is handled surprisingly well as the characters get to know each other, and which things lead them to being in detention. The best executed of which is the story of Kimberly, who admits to being part of an all too real high school drama, the sharing of explicit photos. She regrets that she did it but knows she can’t undo. Jason, showing his true leadership potential suggests to recognize what she did but to move forward, to not dwell on that mistake or let it be the singular defining moment. A bad deed doesn’t make you a bad person, redemption is possible. I don’t know that the message will resonate with any teens in the audience, but I thought it a good move.

You know who wrote this movie? John Gatins. Heard of him? Well, he co-wrote Kong: Skull Island and also is an Oscar-nominated screenwriter for Flight (2012). He’s got the chops, and he wrote a Power Rangers movie. This world is better than we deserve sometimes.

Movies that don’t take themselves too seriously get a lot of leeway in my judgment. That’s why I can see movies like Power Rangers or Kong: Skull Island and enjoy them more than, say, Logan. Keep that in mind.

This movie is not perfect. It is a collection of strange choices and weird plot points. But it is a lovable, fun collection of those things. It jokes at the leap in logic necessary to believe five random kids can become superheroes bonded by fate and fight ancient space evil in giant robots.