Best of 2016: The Albums We Couldn’t Stop Listening To This Year

Wow, you know things are rough out there when it’s become cliche to say that 2016 was a terrible year. But you know what definitely didn’t suck at all in 2016? Music.

In fact, we came out of 2016 with new classics in just about every genre, from hip hop to punk to R&B to those impossible to categorize. So as subjective as music may be and as little sense as it always seems to make to rank the best albums of the year, just about anyone should find something to love in these 10 albums. 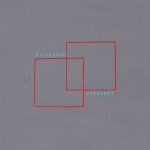 The large majority of people would probably vomit a bit in their mouth at the very mention of the phrase “emo country,” and yet on their debut studio album, Pinegrove managed to borrow the best aspects of both genres in a form that’s entirely their own.

Every aspect of frontman Evan Stephens Hall’s songwriting would be enough to make a great album on its own – his heartbreaking lyrics meditating on the nature of friendship and maturity, his natural sense of melody, the aesthetics of his dark southern twang, his singing that’s strong but just strained enough to fill his voice with passion. All together, they make this quick 30 minute romp one of the best rock albums of the decade. 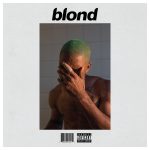 The wait was worth it. Maybe it took Frank Ocean 4 long years to follow up his 2012 classic Channel Orange, and it’s just as well that Blonde sounds absolutely nothing like it while absolutely matching its quality.

While Blonde takes a few more listens to stick than its predecessor, it’s only because it marks a major step up in the complexity and nuance of Ocean’s lyricism, production, and larger conceptualization of the album as a storytelling medium. Not to mention it happens to come with perhaps the best verse of Andre 3000’s entire career. 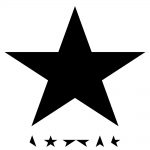 David Bowie’s death might have been one of the first events to kick off 2016’s transformation into a righteous dumpster fire, but perhaps we can find some comfort in knowing that without Bowie’s death, we likely never would have gotten Blackstar, arguably the greatest artistic achievement in the legendary singer’s entire 50+ year career.

For his final hurrah, Bowie tapped into a nastiness and desolation we’ve never heard before, in a form even wilder and more experimental than his Berlin trilogy. The resulting album is one of the most musically fascinating and emotionally involving meditations on death in all of music, and in a form that only the starman himself could deliver. 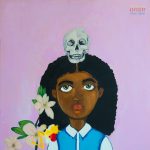 You can argue all you want, what with your Kanyes and Chanos and Tribes and such, but I’ll attest that Noname released the best hip hop album of 2016 TO THE DEATH.

The rookie MC possesses a supernatural sense about linguistic rhythm and rhyme, and on her debut mixtape she brings a melancholy brightness to that lyrical craft on top of the smoothest beats in the game. Get ready for Noname to get real big, real fast, and soon claim her rightful throne as the Lauryn Hill of the 2010’s. 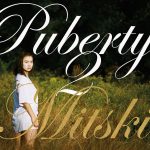 We could praise Mitski for enduing her hard rockin’ indie sad girl music with a new St. Vincent-flavored creative energy, but why say anything about Puberty 2, the album that gave us one line after another to become our favorite lyrics of 2016, when it says it all best itself: from “Your mother wouldn’t approve of how my mother raised me / But I do, I think I do” to “So he laid me down, and I felt Happy come inside of me / He laid me down, and I felt happy” to “I am a forest fire / And I am the fire and I am the forest / And I am a witness watching it / I stand in a valley watching it / And you are not there at all.” 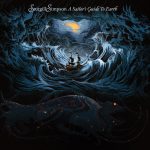 You know what a country album sounds like, right? You can picture that in your head. Well, take that picture and throw it in the fucking garbage – or if you’d rather not, A Sailor’s Guide to Earth can do that for you.

An epic orchestrated introduction that uses elements of neo-classical composition? Sure. An unabashedly unironic and remarkably apt cover of Nirvana’s “In Bloom?” Why not. And a series of loving, insightful, and delightfully fun southern jams in between, meant to serve as a life guide to the singer’s newborn son? You betcha. 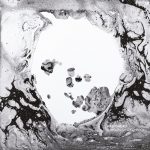 A Moon Shaped Pool feels like the “and” at the end of a movie’s opening credits, naming a big star that happens to appear in a more minor role. This year saw the rise of some of the most promising newcomers we’ve seen in music for a long time alongside the triumphant release of long-awaited albums from legends in the field… and we got a new Radiohead album, and it’s really good. That it happens to arrive as the band’s quietest, most meditative album, highlighted by some of the most clear-headed and impactful lyricism of Thom Yorke’s career, just feels like an added bonus. 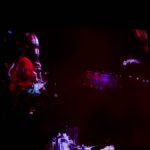 Given this artist’s relatively low profile as the most inconsistent member of Animal Collective, not to mention the album’s short length at only 6 songs and it’s early-in-the-year release, it’s not entirely surprising that just about every other publication left Sleep Cycle off their Best Of 2016 lists.

Which is why we’re going out of our way to recognize this little album that exceeded all expectations by delivering one 7+ minute song after another without a single one feeling overly long or repetitive, thanks to Deakin’s lucid lyricism and distinct ear for bright, twisted neo-psychedelia. 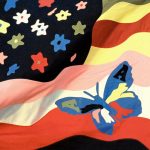 You know expectations will run a little bit high when you spend sixteen years working on your follow-up to one of the most acclaimed cult classic electronica albums of all time.

And yet The Avalanches delivered in an unbelievable way with Wildflower, a glowing beacon of dream-fueled happiness through these trying times. While it feels like it occupies a different world than 2000’s plunderphonics-on-steroids Since I Left You, this new world is a party that never ends, and I mean the “dancing with your friends and having a blast” kind of party just as much as the “sitting and having a beer in small company and soaking in the love and friendship of those around you” kind. 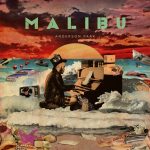 As hip hop moves more and more into a retro-fueled fusion with other traditionally African American genres like jazz and funk, Anderson Paak provided one of the most welcome and forward-thinking contributions in this backward-facing movement.

The quintessence of the word “groovy,” Malibu explores the highs and lows of Paak’s life with a beautiful sense of heart, and while the singer’s rasp could elevate just about any tune, the lush and emotive instrumentals featured here across 16 songs embrace their impossible-to-categorize nature and come together as a memorable project entirely in its own league.

So what did we “forget?” Let us know your album of the year in the comments.