Did “Ghostbusters” Deserve All That Fan Hate? 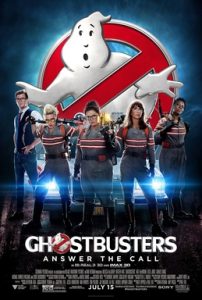 I don’t think there was a person in the world who didn’t hear the outcry of butthurt fans after the first Ghostbusters trailer dropped. It quickly became one of the most controversial summer movie trailers, gaining nearly twice as many dislikes as likes on YouTube. The polarizing reactions came partially in context to the plot, and largely towards the casting of the protagonists as female instead of male.

I’ll be the first to say that as a person who has never seen the original (sue me, I’m 24 with Chinese immigrant parents, this was not apart of my childhood repertoire) the trailer made me a little apprehensive. I’ve heard all these praises about the original film my entire life, and I definitely didn’t need an article or to see the ratings to know that the fans would dislike it.

As with most reboots these days — and there have been a choking amount of them to swallow — Ghostbusters remade the original film. It was not a sequel, but a remake that is nearly the same as the original save the genders of the main characters. To me it felt a little contrived, with some funny jokes and CGI to jazz up the story. I agreed with the sentiment that keeping the racial dynamics the same felt like a step back, that the casting of the main protagonists was used as a business move to buffer the film from critics by using the defense of accusatory sexism.

However, I took a step back from it, like I do with almost all the movies I review, and stayed away from the promotional material to walk in with an untarnished view. I could have had watched the original and done a comparison, but I wanted it to be unfiltered by a lens that so many have worn.

Without the original movie bias, it’s been easy for me to see some of the choices that were made in creating this film. To me, this movie was a movie about four people fighting ghosts in New York. I went in with few expectations and I had a good time. With little knowledge of the plot of the original or anything about the characters other than an overplayed theme song and well-known aesthetic, Ghostbusters just felt like another summer movie to me.

The CGI was bad, but in a way that was kind of good at the same time. You don’t really need ghost CGI to look real, you know it’s fake. I think I’ve watched enough Ghost Adventures to know that ghosts are orbs and light flecks, not green and blue and shimmery. But the movie wasn’t bad, not by a lot.

The leading ladies have a great rapport with one another, and it plays very well on the screen. They work off of each other’s comedic flare and stylistic humor. Melissa McCarthy and Kristen Wiig play perfectly off one another as estranged best friends/ghost hunters, Leslie Jones is on fire with her witty lines and relatable character, and Kate McKinnon nails the performance as the eccentric engineer and mad scientist.

Are there issues with the racial casting? Yes, definitely. It’s almost painfully obvious when a black, blue-collar working woman is standing in a room full of white female scientists babbling on about protons that the racial profile is a dated one that doesn’t really fly with many of the audiences today.

But then again, you could say that the gender profile is progressive, and yet many audiences had an almost instantaneously negative reaction to it. That is by no means a justification for the racial casting, but it’s a remains to be a vocal observation.

The film itself is littered with cameos, and chock full of humor. One thing I’ll say is that I never stopped laughing while watching the film. The leading actresses are effervescent and breathe a lot of life into a stale plot. Same goes for Chris Hemsworth’s rendition of an pretty-but-dumb airhead secretary, which he acts out in superb fashion.

It seems like they could be headed towards a sequel, given the way it leads into a mention of a certain well known figure from the original film in the post-credits scene. However, this seems to be a hopeful stinger mixed in, and on the whole it is a film that can stand on its own firmly, ending strongly.

Final Thoughts: The graphics are probably as rough as they were in 1984, and the plot is nothing fresh, but the comedy still lands solidly and the leading actresses pull off their roles with perfect ease that make this remake enjoyable summer movie fun. (The diehard fanboys will likely still hate it, but who is surprised?)