The Only Thing Worse Than Me Is You 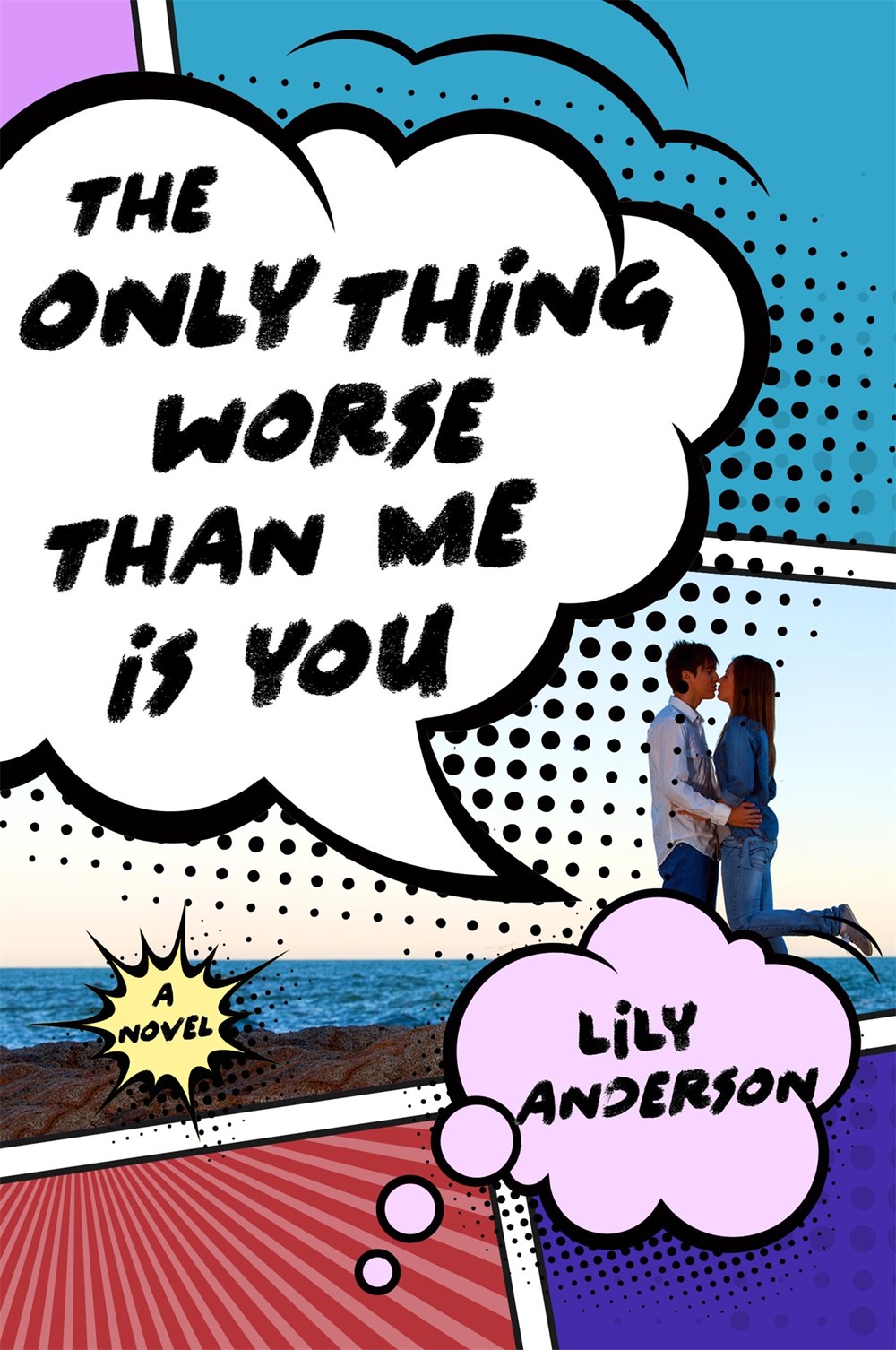 If you’re still looking for the next great book to add to your summer reading list then look no further because I have found it. The Only Thing Worse Than Me is You may be one of the greatest young adult romances I’ve ever read. And since most young adult books turn into romances to some extent that certainly high praise. It’s also not praise I give out lightly. This book has earned it.

Here’s the thing I love so much about The Only Thing Worse Than Me Is You: it’s finally a geeky romance novel with a truly geeky female protagonist.

This is the kind of book that I wished I had had back in high school. I haven’t related to a character like Trixie Watson so closely in a long time. Everything about her reminds her of me. Her interests, her friends, her personality and attitude all just scream high school aged Sam. And I feel like there are a lot of other potential readers out there who would feel the same.

Sure, there have been plenty of romance novels that would appeal to geeky female readers and protagonists who might reflect them in some way. Plenty of young adult protagonists are social outcasts to some degree or are otherwise different. Plenty of books have focused on things that would appeal to geekier, nerdier readers. But so few have captured in any realistic means just what it’s like to be a nerd and to live and breathe the sort of pop culture references we do every day. There are just too few who focus on nerdy girls and fangirls – and a lot of those that do just feel too heavy handed or pandering for me to truly enjoy. The Only Thing Worse Than Me is You really just seemed to click in all the right ways.

The last time I got this excited about a book was when I reviewed The Summer I Became A Nerd over two years ago now. Which, I think, goes to show just how rare and awesome this book really is and why you should read it.

So let’s get into what the book is actually about.

The Only Thing Worse Than Me Is You is a nerd-tastic retelling of Shakespeare’s Much Ado About Nothing. Some of the traditional roles and plot points get switched around but it doesn’t take a keen-eyed reader to see the similarities. The retelling works perfectly with Lily Anderson’s story and adapts well to the high school for geniuses in which it is set.

The story focuses primarily on Trixie Watson – our nerdy heroine who doesn’t get why her closest friends are starting to care more about boys and relationships as their senior year progresses. It also focuses on Ben West, a boy that Trixie has known most of her life and with whom she’s been in a bitter rivalry since he broke her arm on the playground in grade school. As their two friend groups start to seriously co-mingle the two of them find their lives unbearably intertwined. But over the course of the book things happen that cause the two of them to reevaluate their strained, antagonistic relationship. (Fans of Much Ado About Nothing can imagine how that comes about.)

For those readers who are concerned the story focuses entirely on romantic subplots you’re in luck! There’s also a real-life mystery going on in the background. The kids are the school Trixie, Ben, and their friends attend are all obsessed with their class rankings. When a scandal arises with numerous prominent students being accused of hacking into the school’s network to change their grades and rankings, Trixie and her friends see it as little more as a curiosity. That is, of course, until things start hitting a bit too close to home.

Meanwhile, through all of this, you’ll find all the nerdy pop culture references, comic book recommendations, and Buffy marathons you could ever want. And, yes, they even name drop Joss Whedon’s Much Ado About Nothing.

For a book that’s basically just about a bunch of high school kids and their relationships this book couldn’t be any more entertaining. It was an enjoyable read from start to finish and I would have been disappointed that the book was over if it hadn’t been so great. Everything felt so real. The characters (for the most part) were well rounded and well developed. All the pop culture references felt natural. It really was the perfect story about a bunch of nerdy kids living their lives – just with a bit of mystery and Shakespearian flare for added effect.

So maybe as a college graduate I’m not exactly the target audience for this book. It doesn’t matter. This is a great book and one that anyone who grew up caring more about grades and Doctor Who in school should give a read. If nothing else, it’s worth it to see a normal, almost stereotypical young adult romance with a super fangirl in the lead. I love it. You’ll love it. It’s basically tailor made for us.

A REVIEW COPY OF THIS BOOK WAS PROVIDED BY ST. MARTIN’S GRIFFIN FOR THE PURPOSE OF THIS REVIEW. NERDOPHILES WAS NOT COMPENSATED IN ANY WAY FOR THE REVIEW AND THE OPINIONS HERE ARE OURS AND OURS ALONE. WE THANK THEM FOR REACHING OUT TO US BECAUSE THIS BOOK IS AMAZING!