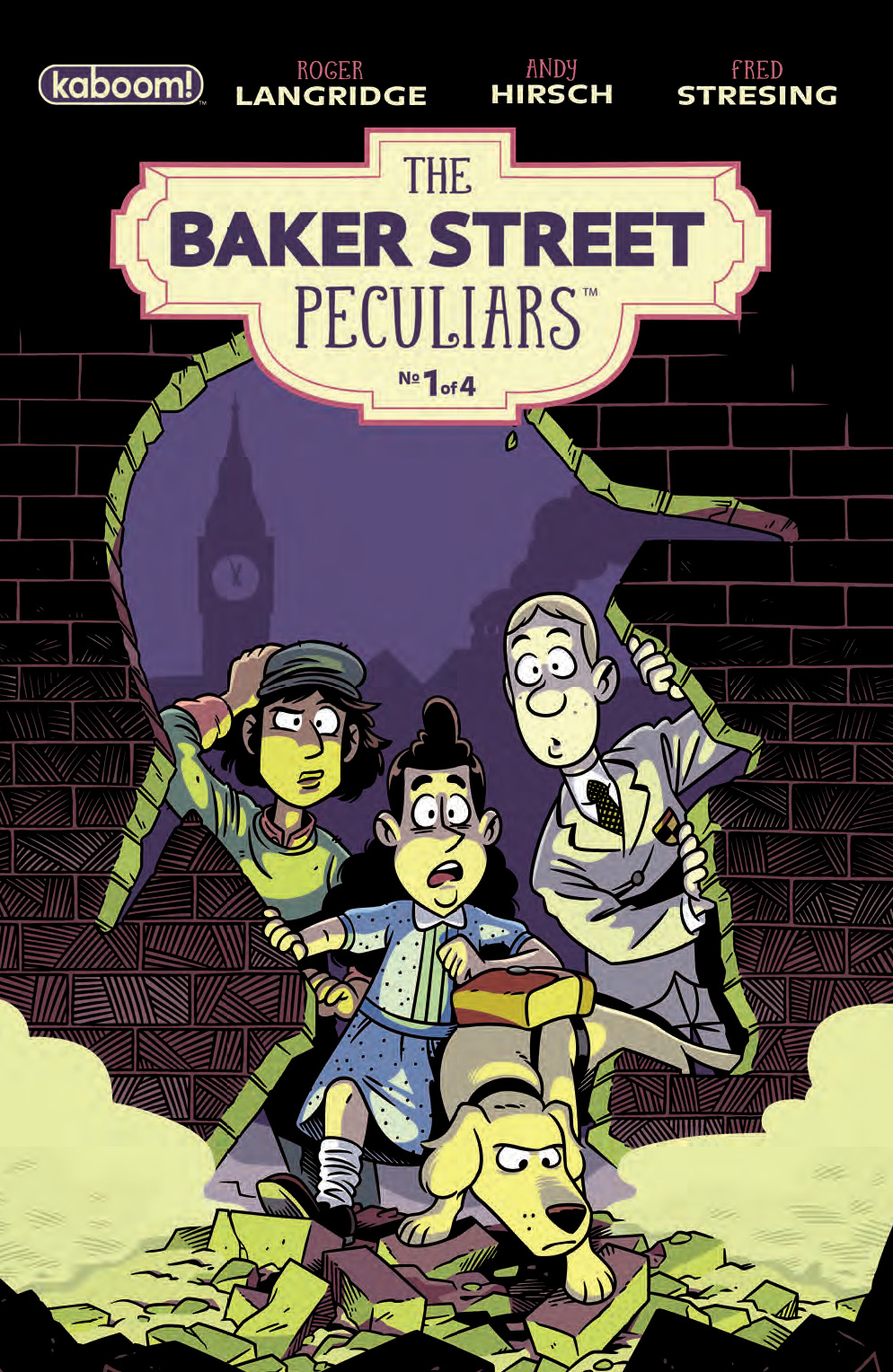 I really need BOOM! Studios to stop publishing so many awesome limited series because it makes me so sad when I fall in love only to realize the series is ending so soon. The Baker Street Peculiars is yet another of those series. Destined to only be four issues long and too adorable for it’s own good, I loved every moment of this book. And I suspect if you’re a fan of fun, all-age books then you will, too.

The Baker Street Peculiars adds a brand new twist to the Sherlock Holmes story for a new generation. Set in the 1930s, the series follows the adventures of a trio of children (and one dog) as they run errands for the mysterious Holmes. But things aren’t exactly as they seem. Sherlock Holmes – just like in our world – is a fictional character. The “real” Holmes is someone else entirely (but I won’t spoil the surprise) and John Watson just a pen name.

But the mysteries being solved are very real.

And every Holmes needs a little help.

That’s where our main characters come into play. After seeing stone statues come to life and attempting to chase them down, the children are recruited by “Holmes” to look into things. Of course, they are told to look for a logical explanation for things when a logical explanation probably doesn’t exist. (I mean, seriously, how else do you explain giant stone statues coming to life!?) Still, they agree to take on the job – for the thrill of the chase, for the money, and simply for the chance to work for the Sherlock Holmes.

The book – and the kids themselves – take the name for their little band from the Baker Street Irregulars. For the initiated, they are characters that popped up in the original Holmes stories. They were street children who helped Holmes by searching out clues. That certainly holds true for Rajani – a Bengali orphan who was raised up by a street thief and who is very good at her job.

But the children all come from all kinds of backgrounds. Humphrey is the youngest, essentially forgotten son of a very wealthy family whose only companion is his dog, Wellington. And Molly is a young Jewish girl being raised by her grandfather after her parents have passed away. They’ve all got something to prove and how better than solving mysteries with Sherlock Holmes?

I really can’t recommend this book enough. If you’re a fan of all-ages books this is basically the perfect one. The whole first issue is fun and fast-paced. Considering the short tenure of the book, you’ve got to imagine the next three will be much the same. It’s also a very light-hearted book. It’s a great way to make Sherlock Holmes approachable to younger readers as well as a fun alternative to the usual Holmes adaptations for long time fans.

Plus the book looks incredible. I love Andy Hirsch’s artwork. It’s super cute and detailed. The characters and the world come to life. As far as I’m concerned it compliments the story spectacularly. Roger Langridge’s dialogue is fantastic – though Humphrey’s is a bit ridiculous at times. I can’t wait to see the rest of the story and to see how the team comes together.

I’m not going to lie, this book is kind of my most anticipated month-to-month release now. It’s just that much fun. I know this review is a bit late but there’s still plenty of time to track down the first issue and get ready for the second when it comes out April 14th!