“Plus One” Is Just One of Many Unfulfilling YA Dystopias 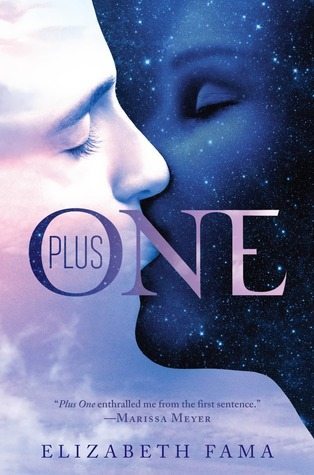 All right, so, there are a lot of dystopian YA books out there these days. It’s the fad right now and, you know what? I’m cool with that. I like YA dystopias. It’s one of my favorite genres because unlike some others there are generally pretty unlimited possibilities. Authors aren’t bound by as many rules as in other genres and they have a lot of freedom to craft the stories they want to tell. Consequently, these books can sometimes they can be creative and imaginative. Other times, however, they fail in that regard and at times fail spectacularly.

One is, unfortunately, one of the latter.

I mean, it actually sounds very interesting on paper.

The concept of a divided society living between the night and day isn’t entirely a new concept – it’s been done before – but it’s always a fun idea. There’s a lot of potential for world building and explaining why the world has formed like that. But the explanations in One are weak. Dividing society between night and day to fight the Spanish influenza back in the 1900s makes no sense at all. Especially when it would only effect the cities at best and even then forcing half of the population into darkness wouldn’t exactly solve the problem of over population since people would still be occupying the same spaces.

I probably could have forgiven that oversight.

But the issues with the book go just beyond the world building.

The motivations of the characters didn’t really make much sense. I actually liked the main character, Sol Le Coeur, and her family. I thought a lot of their history and background was very well developed. I also appreciated that she’s not the brightest character and that she didn’t think through plans very well. Sol is a very normal protagonist. She’s painfully normal and I liked that. But what could have been a story with potential just spiraled out of control. There were conspiracies and hostage situations and just… The plot was a bit too convoluted even for itself.

I had a hard time staying interested in what was going on and keeping track of what was going on. Ultimately, I’m kind of surprised I finished this book at all. It might appeal to other readers and I think it might really appeal to younger readers since it’s very fast paced and action packed with your requisite dose of teenage romance.

Final Thoughts:
There are a lot of other YA dystopias out there and I’m not sure this one has been getting much attention. That’s probably because it fails to thrill readers by any measure. It’s not a terrible book and the world building – while weak – does have some interesting aspects. Plus the characters aren’t awful but they just aren’t, I don’t know, memorable. You’re better off checking out any other of a number of other books but if you’re stuck on reading this one, you know, give it a go. You may like it better than I did.