Doctor Who: The Twelfth Doctor Year One Review

The Twelfth Doctor: Year One is a pretty spectacular read, especially for all those Capaldi fans. This delightful romp into the Doctor Who universe is definitely aimed at the early days of the beloved Twelve. 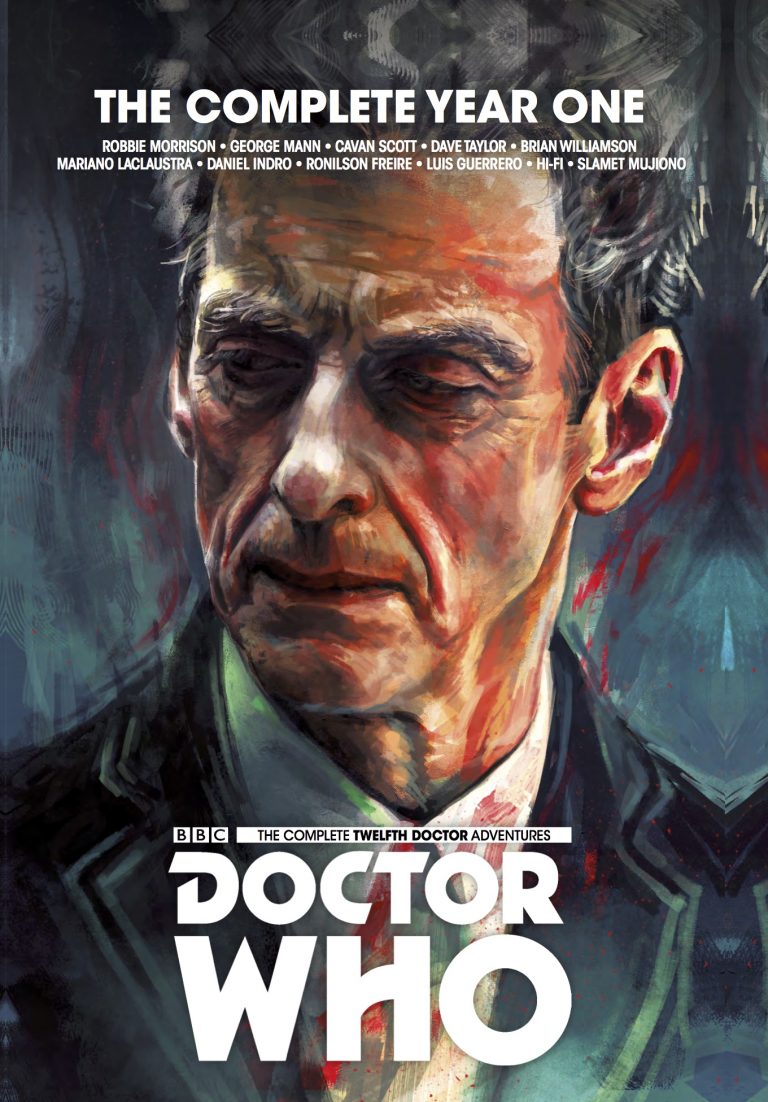 Rating:
For those who miss Doctor Who just as much as me, and who are clinging to this picture, maybe it’s time for a comics review.
The Twelfth Doctor: Year One is a pretty spectacular read, especially for all those Capaldi fans. This delightful romp into the Doctor Who universe is definitely aimed at the early days of the beloved Twelve. This book collects 16 issues of the beginnings of the Twelfth Doctor comics. Prepare for lots of hugging jokes, eyebrow quips, and Clara pining over a non-metal Danny. I dare you to read this without hearing Capaldi’s lovely Scottish droll.
The stories are also pretty darn fun. A corporation gone wrong, a 4th Doctor friend coming back for a second round, and a Christmas episode with an opening as good as a BBC special are all included. I think the Christmas story was my favorite, having as much nostalgia and weirdness I like in a Christmas special. There’s an overarching storyline involving Hyperions, ancient celestial star beings hellbent on controlling the universe.
Clara is… Clara. If you like her, great! If you don’t (like me), then just enjoy the other fun female characters who appear. Rani Jhulka, a 19th century Amazonian Guard from Mumbai India? Yes, please. I want a show movie of just her story, starring Priyanka Chopra and Kala from Sense8! Clara has a hair-raising experience in that particular issue. The Impossible Girl lives to fight another day!
The true delights are the depictions for Twelve. I believe his first television season was a miss. One of the best Doctors with some of the worst material. Here’s a revamp of what should have been.  The stories are fun and compact, the Twelfth Doctor is as cantankerous as ever, and there are not too many free-floating plot points, like those that became a mainstay of Twelve’s first season. Instead, we get robust Doctor Who episodes in the form of beautifully drawn comics.
Authors for Year One include Robbie Morrison,‎ and George Mann with illustrators,‎ Brian Williamson,‎ Dave Taylor,‎ and Mariano Laclaustra.
Buy it now on Amazon, and where ever comics books are sold!