Box Brown Explores the Life of The Unbelievable Andy Kaufman in ‘Is This Guy For Real?’

Graphic novelist Box Brown returns with his latest original graphic novel Is This Guy Fore Real? which explores the life of the ‘Unbelievable’ Andy Kaufman. 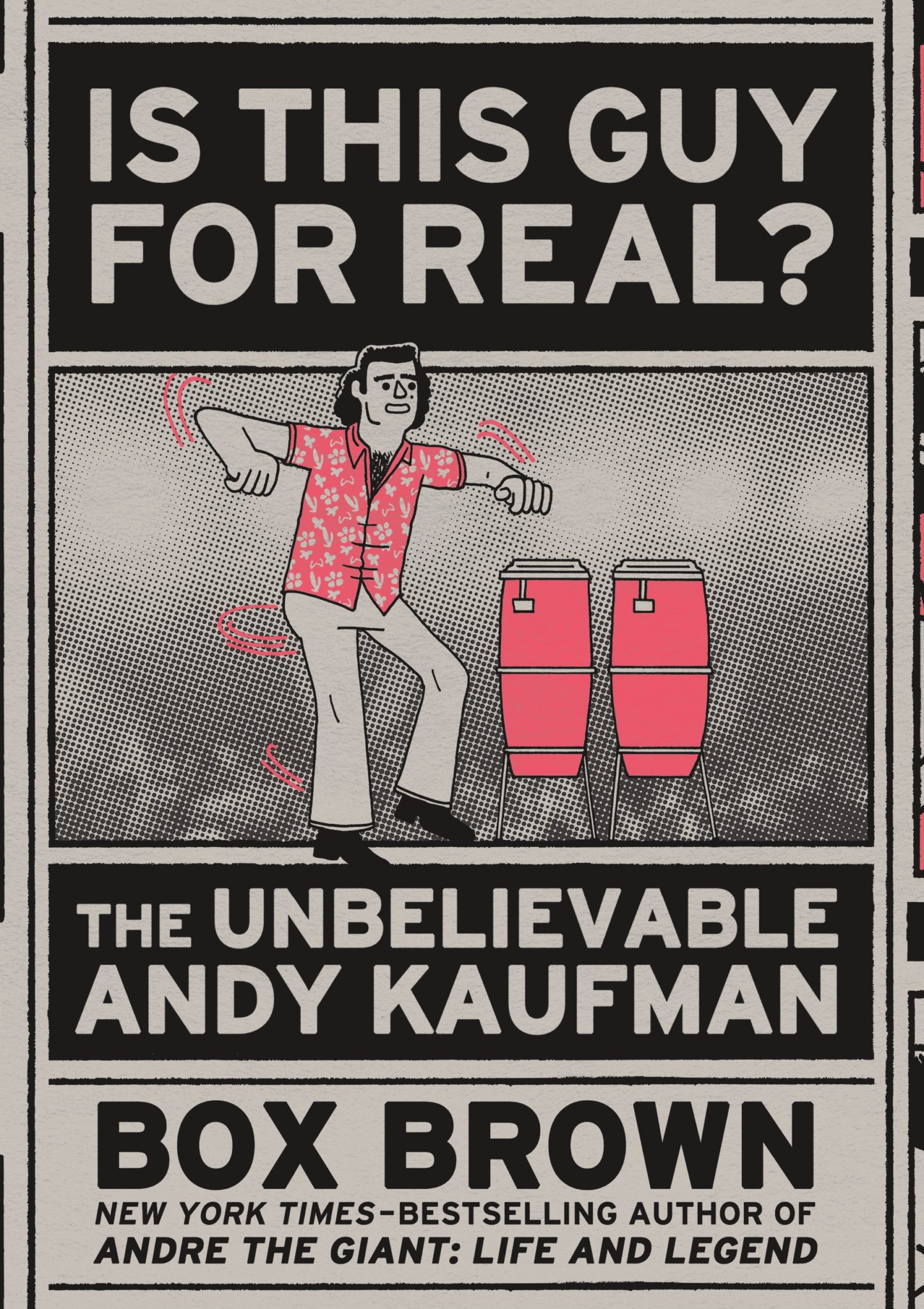 
Rating:
Graphic novelist Box Brown returns with his latest original graphic novel Is This Guy Fore Real? which explores the life of the ‘Unbelievable’ Andy Kaufman. Regardless of what you may (or may not) know about the comedian beforehand, Brown offers up an honest look at his life and career that will keep readers engaged all the way through to it’s all too soon conclusion.

I personally knew very litte about Andy Kaufman before reading Is This Guy for Real? and I probably knew even less about the world of wrestling. Box Brown is such a compelling writer that these two facts hardly discouraged me. I read his book, Andre the Giant: Life and Legend, years ago despite only knowing him from The Princess Bride. I never felt lost then and I never felt lost while reading about Andy Kaufman either.

I was surprised at how much of Andy’s life and career revolved around wrestling. Is This Guy For Real? starts following his life when he’s a wrestling obsessed child and despite the name he ended up making for himself in comedy he always went back to wrestling. I was amazed at his passion for the sport and performance that went along with professional wrestling. But as you learn more about Andy Kaufman you can really start to realize why he loved it so much.

Honestly, the parts of the story that revolved around Andy’s love for and involvement with wrestling were the best parts of the story. I don’t think I’ve ever seen an episode of Taxi and I’m admittedly not the world’s biggest fan of comedy in general. But I really appreciated Andy’s dedication to wrestling and the art of performance that went along with it. Box Brown shows readers how his involvement helped change the face of wrestling forever and even someone like myself who has no real experience with wrestling can appreciate it all.

One of the things that Box Brown does a really good job of is humanizing the subjects that he follows in his books. He doesn’t shy away from some of the more taboo moments in their history or the tragedies that might come. Andy’s story is no different. And he’s quite the character with any number of controversial characters and moments throughout his career. What’s interesting it seeing past all that at the man he really was in his real life and what led him to want to seem so ‘unbelievable.’

Rounding out everything is Box Brown’s distinctive art style. Fans who enjoyed his biography of Andre the Giant and his history of Tetris will recognize the simple style through which he tells these stories. For Andy, Brown stuck to a black and white theme with the only color being the red on the book’s color. It’s fitting and the character designs did a great job of keeping with the simpler look while still capturing some of the more flamboyant elements of wrestling and Andy’s character. (That said, Andy’s hair style seemed a little exaggerated after looking at some real photos of him… but that’s just me.)

Whether you’re an Andy Kaufman fan, a wrestling fan, or neither there’s something for everyone in Box Brown’s Is This Guy For Real?: The Unbelievable Andy Kaufman. He’s the kind of phenomenal writer that portrays non-fiction stories in a way that can hook even those least familiar with the subject matter. The fact that he does so through graphic novels is only an even greater testament of his story telling capabilities. If you’re looking for an engaging non-fiction graphic novel you can’t go wrong with the story Box Brown spins while pointing the spotlight at the ‘Unbelievable Andy Kaufman.’