Mother Panic follows a young woman named Violet Paige who takes to the streets in Gotham City to exact revenge on those who wronged her when she was younger. 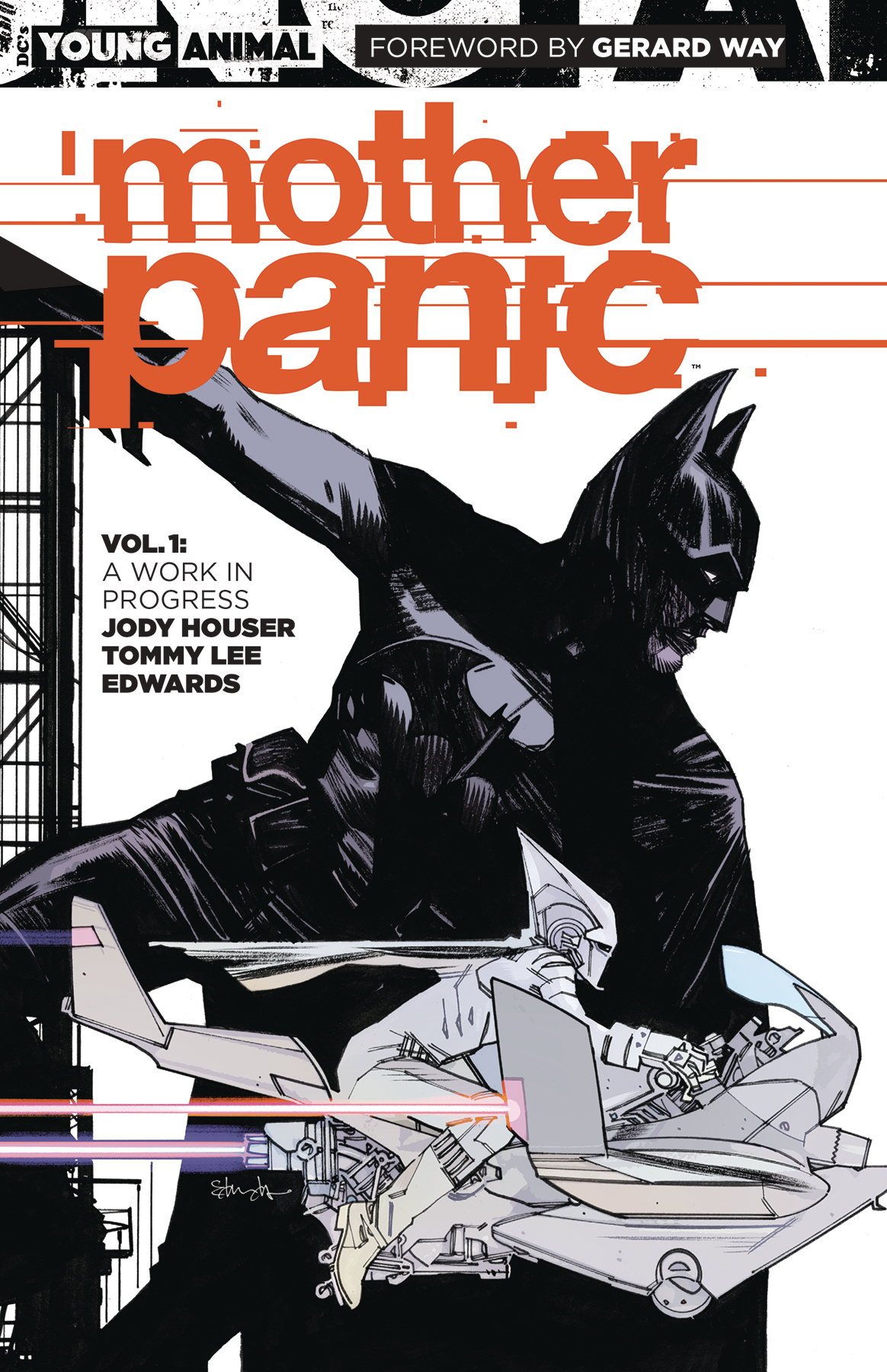 
Rating:
Gotham City is full of both costumed vigilantes and bad guys so there’s got to be room for one more. Mother Panic is a book released as part of Gerard Way’s Young Animal imprint, a somewhat specialized series of books that launched in 2016. It launched alongside Shade, The Changing Girl; Cave Carson Has a Cybernetic Eye; and Doom Patrol. It’s a line that takes chances and does things a bit differently than the rest of the DC Comics books you might see on the shelves.

Mother Panic is the first Young Animal series I’ve read and I picked it because I liked the general idea behind it. Mother Panic follows a young woman named Violet Paige who takes to the streets in Gotham City to exact revenge on those who wronged her when she was younger. Unlike the rest of the Gotham vigilantes she favors white over black and her motives are much more self-centered. She even has a couple brief run ins with the Bat himself.

It seems like a great premise. But I’m going to be perfectly honest here: I was not a huge fan of Mother Panic. Trust me, I wanted to like it. I really like Jody Houser and Tommy Lee Edwards’ work on this book is phenomenal.

I just wasn’t that into Paige’s story.

In a lot of ways her general book mirrors that of many of the usual Batman-related books. Violet Paige is almost a female version of Bruce Wayne except that her childhood trauma beats his by tenfold. She may dress in white but she uses the same sort of futuristic gadgets and lives the same sort of double life as a Gotham celebrity socialite. At times it seems deliberately contrary to the usual Batman-esque format which isn’t necessarily a bad thing. I think it’s good that Houser and Edwards are doing something a little different in Gotham.

I just didn’t find Paige to be a compelling character. Her motives aren’t particularly admirable and if her background and history were better explained I could probably forgive that. The problem is that they come about in bits and pieces as part of random, overly dramatic flashbacks. And it’s hard to look past her personal revenge motivations to imagine any sort of narrative longevity for the character. (Obviously I’m wrong there since this series featured 12 issues and a second series was recently announced for 2018.)

I do love Paige’s little group of supporters, though. I think her relationship with her mother is a very unique relationship for the comic to show. And her little team – which includes a surprisingly sympathetic villain with a penchant for rats – ends up being a very different sort of ‘family’ than most ‘superheroes’ end up attracting. The secondary character are what kept me reading and were really the most compelling part of this book for me.

Mother Panic has a great premise that it only manages to half realize in this first volume, Mother Panic Vol. 1: A Work In Progress. I certainly think there is a fair amount of potential in this characters — especially in the hands of Jody Houser. Some books, however, aren’t for everyone and if the second volume doesn’t hook me more than the first one I’ll probably pass on any future issues.