Batman Beyond: Rebirth Vol. 1 delivers one heck of a story and it sets up some seriously awesome reveals that will definitely leave readers wanting more! 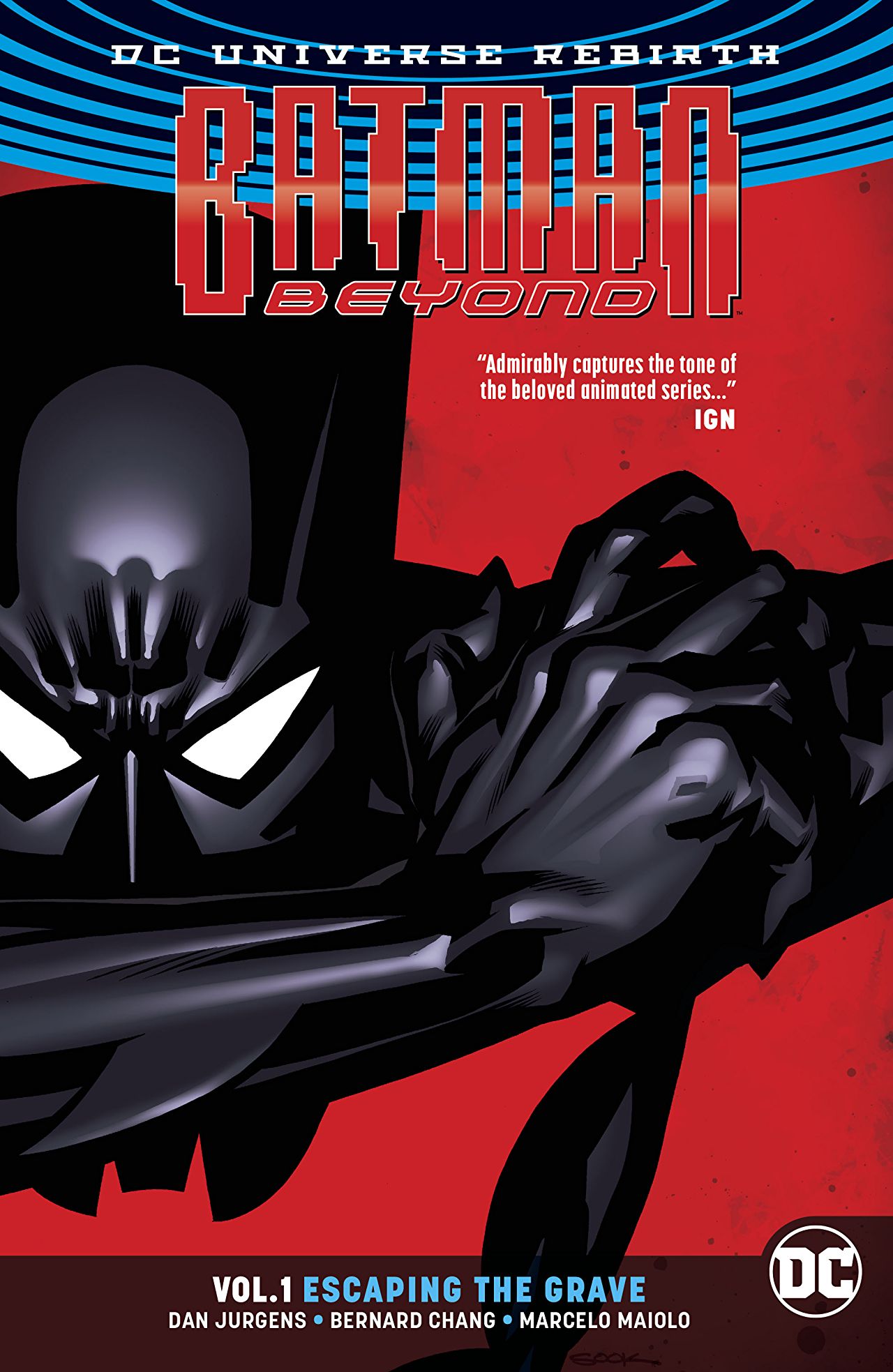 
Rating:
I was a huge fan of Batman Beyond growing up and, honestly, it’s still probably my favorite animated Batman series of all time. The Animated Series is great but Terry McGinnis will always be the bad boy who won my preteen heart. When I saw that Batman Beyond was jumping on board with the Rebirth branding I thought this would be a great way to get back into the comics.

As it turns out, Batman Beyond Vol. 1: Escaping the Grave is not as easy of a place to start out as I thought it would be. It does, however, do a pretty good job of going over the basics of what happened prior to Rebirth. And what happened was apparently super crazy.

The ‘Escaping the Grave’ subtitle is pretty apt considering basically everyone died prior to this volume or was at the very least thought to be dead. There’s also a whole lot of people coming back to life — including a couple people who held the title of Batman. When we catch back up with Terry he’s basically trying to put the pieces back together after disappearing for a time thanks to whatever major event came before. (Since I was jumping into this series for the first time in years my understanding of what happened earlier is limited to what this book explains.)

Gotham is, well, Gotham. Except there’s a new leader among the Jokerz who has this crazy idea that he can resurrect the original Joker. It’s the kind of rallying cry the disjointed organization of crazed individuals need because they rally around this figurehead, taking over entire chunks of the city. No one is safe from the Jokerz — not even social workers like Dana. When Dana is kidnapped and taken into the heart of Jokerz territory, Terry has to act.

Despite the fact that things are very different from what old school Batman Beyond fans might expect, it’s a good book. The Jokerz story is good and the big revelation towards the end is impactful even if you’re not really aware of anything that’s happened in the last seven volumes of the comic. There are just probably way better places to start reading from.

The best part of the book was seeing how Terry’s little Bat-family came together. A lot has changed in the dynamics from the show. Bruce is gone. Matt not only knows that Terry is Batman but he’s helping out in his own way and probably half a step from becoming a Robin in his own right. And Max is on the team playing tech support in an Alfred-esque role (minus the whole butler thing). Terry, Matt, and Max are such a great, close-knit little group. They’re cohesive and they work together well. It’s a whole different sort of team than we’ve seen before and I really liked it.

The artwork in the book is fantastic. Bernard Chang really invokes the original look and feel of the cartoon while bringing it to life in his own way throughout the pages and panels. I hadn’t watched the show in years but I immediately felt right back at home so to speak. He really captured the crazy, 90s-inspired futuristic look of Terry’s Gotham.

Batman Beyond (Rebirth) Vol. 1: Escaping the Grave isn’t necessarily the best place for new readers to jump into the series but it’s a great story nonetheless. If you’re familiar with the series or aren’t too fussed with the details, you’re going to love Dan Jurgen and Bernard Chang’s take on the series. It’s one heck of a story and it sets up some seriously awesome reveals that will definitely leave readers wanting more!