‘Castle in the Stars: The Space Race of 1869’ Imagines an Alternate History Full of High-Flying Adventure

Castle in the Stars: The Space Race of 1869 is an incredibly fun read with gorgeous artwork and an engaging story. 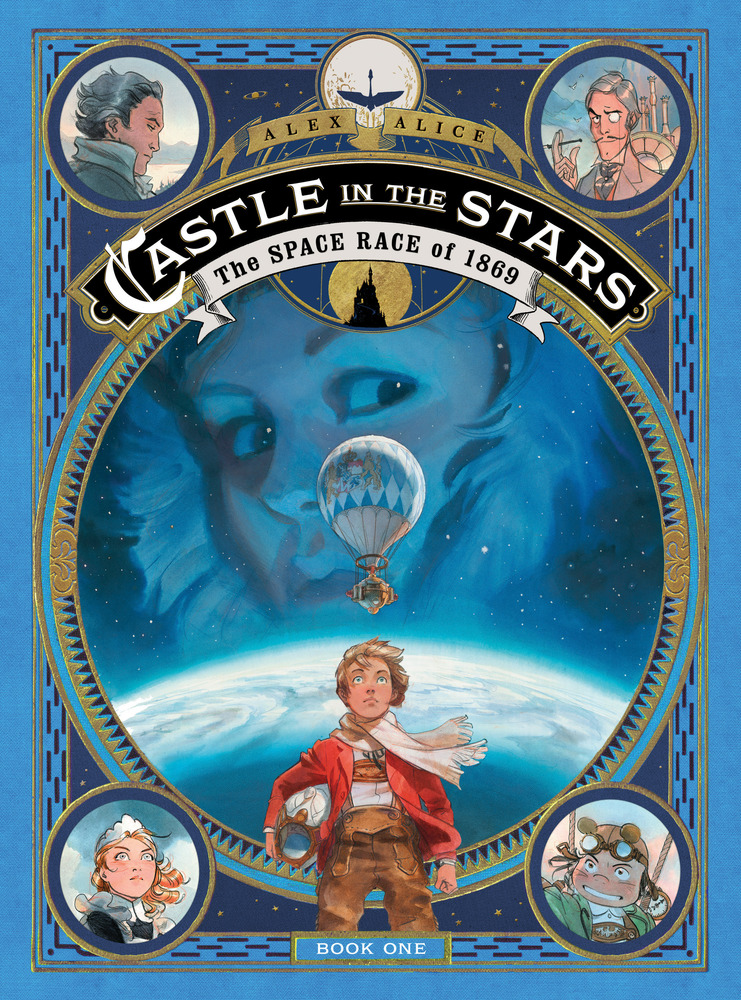 
Rating:
While I was reading Castle in the Stars: The Space Race of 1869 I couldn’t help but think that this series would be the perfect inspiration for an anime series. I suspect that might have been what author and artist Alex Alice may have been going for when he created the book. Castle in the Stars blends an alternative history with steampunk influences and a gorgeous art style with subtle Japanese influences to create a captivating story. If you want to see for yourself, you can check out an excerpt over on Tor.com.

Set in Germany in a past fueled by aeronautic exploration, Castle in the Stars follows a young boy named Seraphin who along with his father find themselves in the service of a mysterious, brooding Bavarian prince. Seraphin’s mother died in her pursuit of a substance called aether, which could hold the future of not just flight but potentially travel among the stars.

Along the way he meets some new friends and realizes his own potential while helping his father in service to the prince. But things aren’t always so simple and Seraphin, his father, and his friends quickly find themselves wrapped up in court intrigue and espionage at the start of Otto von Bismarck’s move to unify Germany.

It’s an incredibly unique story set in a time and place that offer up an abundance of storytelling potential. Alex Alice does a great job of setting the historical stage as well as showing it all through the eyes of young Seraphin and his friends, Sophie and Hans. The author also expertly builds up the steampunk world and makes it feel believable while still maintaining the reader’s sense of wonder.

My biggest complaint is that the book ends too soon. I’m being up front about this because I think it will be most people’s biggest complaint. The first volume is great but it’s only 64 pages long and the later volumes aren’t any longer. It doesn’t help that this first volume ends on a very abrupt cliffhanger. Personally, I’d have almost preferred for them to collect the volumes into one, larger release.

Overall, though, I really enjoyed Castle in the Stars: The Space Race of 1869.

It’s a really fun story with a unique setting and a lovable cast of characters. Sophie was an absolute joy and I loved seeing her not just included but bucking expectations of young ladies at the time. And Hans was the perfect comedic foil to the rest of the story. When you’re dealing with spies and potentially deadly situations sometimes all you need is a goofy boy and his dog.

Castle in the Stars: The Space Race of 1869 is an incredibly fun read with gorgeous artwork and an engaging story. Anime and manga fans especially are going to enjoy this book and I suspect they’ll see some Japanese influence not just in the artwork but the story as well. I highly recommend it – as long as you don’t mind a seriously jarring cliffhanger ending.