Brothers Patrick and Chance Tackle the End of the World in “Last Chance,” the Sequel to Gregg Hurwitz’s “The Rains” 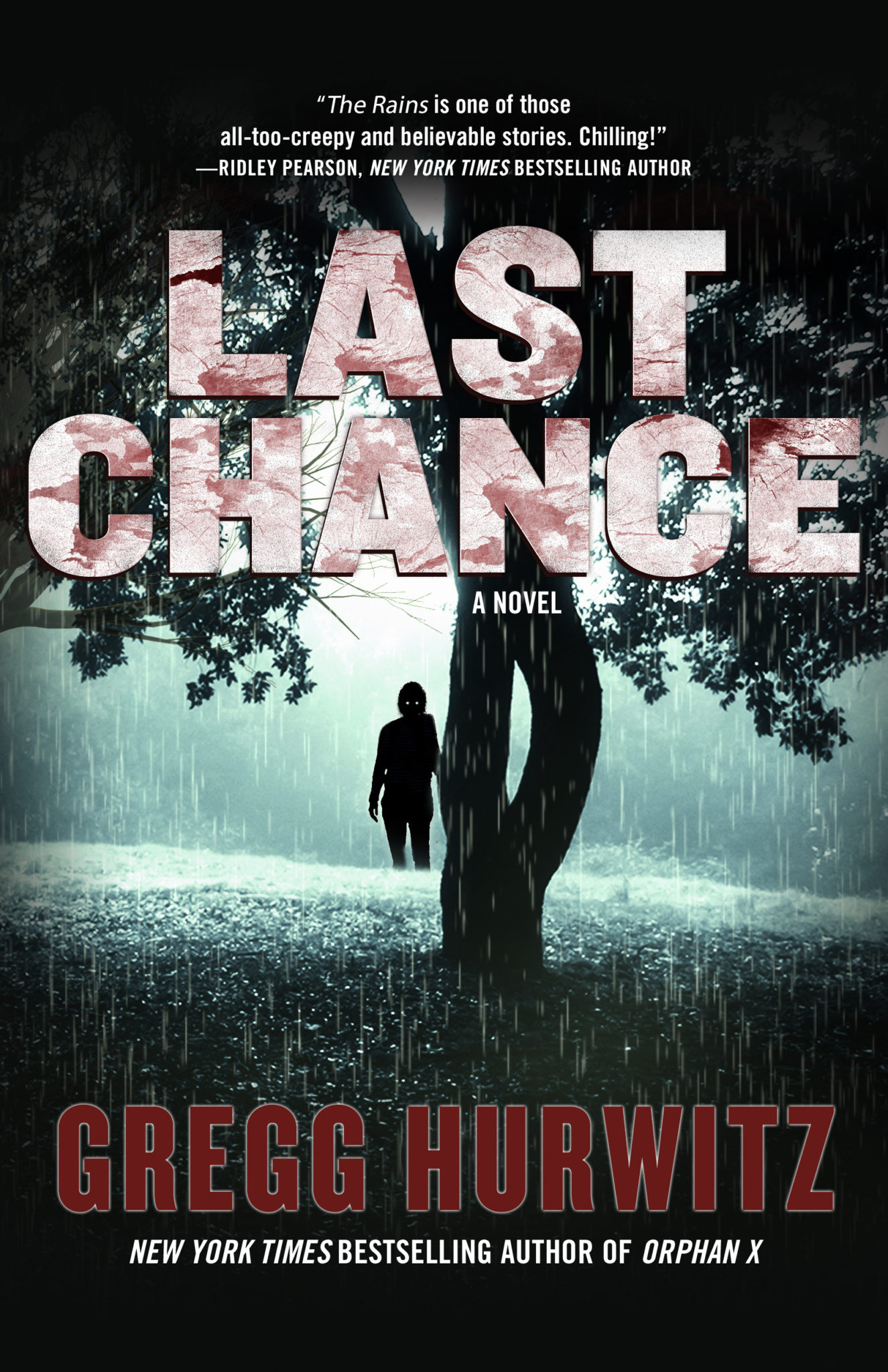 
Rating:
Halloween is fast approaching but you still have plenty of time to sneak in a spooky read! Last year around this same time we reviewed Gregg Hurwitz’s unique (and gruesome) pseudo-zombie book, The Rains, and it’s just the kind of gruesome, creepy story to get you into the Halloween spirit. Plus, some good news: the sequel Last Chance was just released, too!

Trust me, if you’re looking to check out the series you’ll be glad to know the sequel is out, too, once you finish the first one. After the kind of nerve-wracking cliffhanger ending we got at the end of The Rains, you better believe we were glad to jump right back into things with Last Chance.

In The Rains, brothers Patrick and Chance tackle a uniquely terrifying end of the world that blends the general idea of zombies with a terrifying extraterrestrial invasion. The brothers manage to take refuge in their school with a handful of other survivors and by the end they’re ready to fight back after learning that they may be uniquely destined to save the world. Unfortunately, right at the end Chance is abducted by the creepy alien zombie-drones leaving Patrick and Alex to rescue him.

This is something of a spoiler but don’t worry: the whole rescue mission doesn’t take that long. I was a little concerned that this series was just using the abduction as a way to drag out the climactic resolution. But that was definitely not the case. If anything it was a way for the author to remind the reader that this is a pretty gory book that doesn’t shy away from the violent details.

And Last Chance is full of those violent details.

To be fair, the book did seem a bit less gory than the first one.

Either I became desensitized to it with the last book or it just wasn’t as big a part of the story in this one. The tortured children and exploding, bloated adult bodies took a backseat to much more human acts of horror.

That was one of the things I really liked about Last Chance. The characters get more opportunities to interact — for better or for worse. While the Rains and Alex take the forefront, we do get to see some of the story from the perspective of other characters, which shows us some pretty devastating moments we wouldn’t have seen otherwise. The changing perspectives could at times catch the reader off guard (mostly because the transitions were sudden and the changes in perspective were awkward), but they definitely added to the story.

Going back to the main story, though, Last Chance really manages to build upon the messed up world that The Rains built. We learn a lot more about this invading force of creepy aliens, as well as how other groups manage to survive post-invasion. And we learn what Patrick and Chance’s unique ability to stop the invasion really means.

The book moves quickly with nearly every moment packed full of action, danger, and more. The few moments that aren’t tend to be focused more on the characters and their relationships — and sometimes the difficult decisions that lie ahead for them. The relationship between Patrick, Chance, and Alex gets a little complicated, but as far as love triangles go this one didn’t really bother me. Surprisingly, it didn’t really bother them either, which is probably why it seemed a lot less cliche than similar young adult romances.

And whether you like the changing relationship dynamics or not you’ll still get pretty emotional by the end.

Last Chance is a worthy successor to The Rains, complete with gory zombies, a unique alien invasion, and compelling character relationships that keeps you hooked from start to finish. It’s a horror-centric story for the teen crowd that’s not for the faint of heart. It’s perfect for fans of The 5th Wave who also happen to be fans of the Cabin Fever franchise (there’s probably not a whole lot of crossover there but that’s as best as I can describe it).

If nothing else, it’s a great pick for a horror-ific Halloween read!