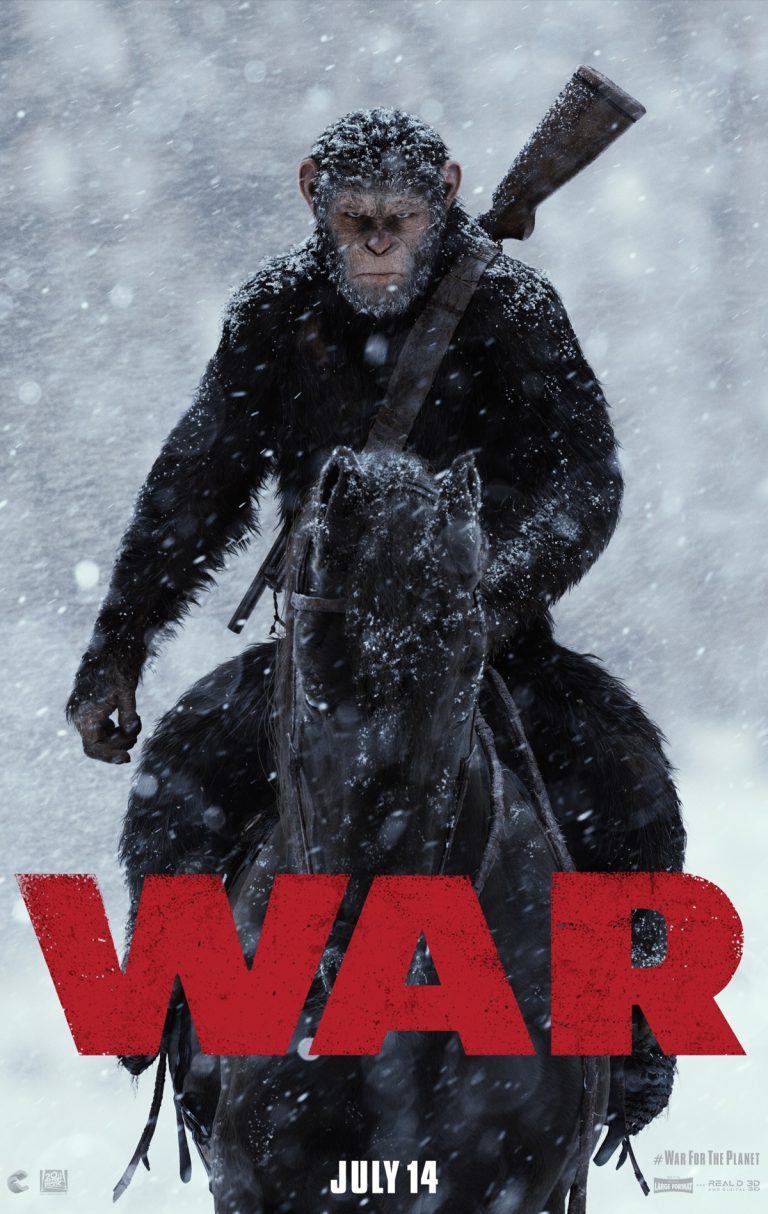 Caesar is back with another entry in the surprisingly enjoyable modern Apes franchise. While this is another competent entry, providing a bit more world building and furthering the eventual Planet of the Apes plot, it does feel like the weakest of the three.

In War for the Planet of the Apes, Caesar is back in the woods, leading his clan of apes and hoping for peace with the human military, in this case, the faction Alpha-Omega lead by Woody Harrelson’s The Colonel. Of course, the humans and certain ape factions don’t like this peace talk so they join forces to make an attempt on Caesar’s life. It doesn’t go so well for many,  and we’re left the next two hours in which Caesar and his main crew attempt to hunt down The Colonel and get revenge.

Here’s the thing. War isn’t exceptionally exciting. It is a much more subdued movie than the marketing would have you believe. It is remarkably quiet for much of the film, aside from battles bookending the movie. Is that bad? Nah. It just seems like maybe it and Dawn should’ve changed titles. The Colonel also doesn’t feel like a particularly compelling villain compared to the likes of Koba, the ‘Evil Ape’ of the earlier films.

The movie further progresses Earth post Simian Flu, with factions of humans wiping each other out while the flu mutates, causing humans to regress while apes advance. It’s another step to explaining the setting we find in the original films, and while its not necessary it does fit with it neatly.

The coolest bit of world building done isn’t in those explanations, however, but in the way the human/ape armies interact, like the support roles gorillas and chimps and other apes fill within a human fighting force, seen best in the opening battle scene. That makes for some really interesting action but isn’t used too much.

Ultimately, if you are a fan of the series, you’re gonna want to see this. It is enjoyable, and it certainly isn’t bad, but I did feel like it left a bit to be desired.

Note: I was very sleepy on the day I saw this screening and found it difficult to stay rapt at attention. That isn’t on the movie, but its calmness certainly didn’t help. I am hoping to catch it again and maybe with expectations tempered I’ll find it a better addition.