Can You Trust Your Surroundings in The Unsound #1? 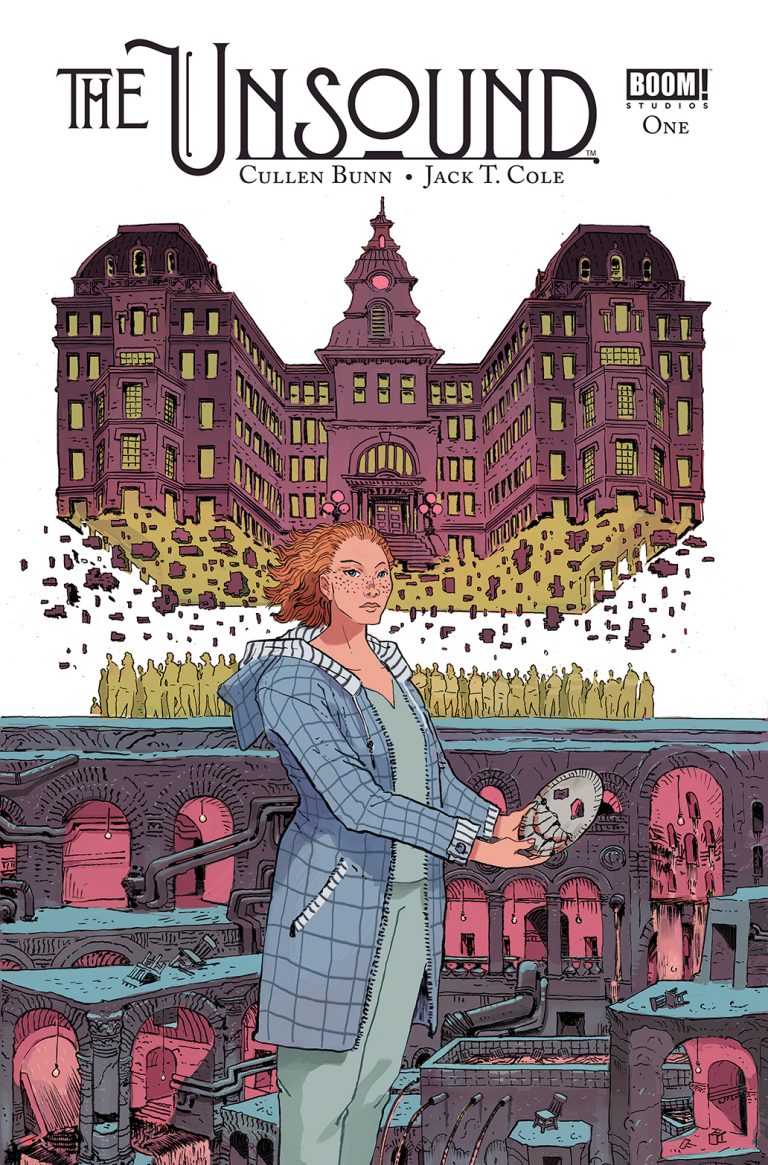 
Rating:
It’s her first day on the job and Ashli Granger is already late. We’ve all been in that kind of unfortunately situation, but where most of us have not been is Saint Cascia, a psychiatric hospital that is “underfunded, understaffed, and overpopulated.” Ashli is the newest nurse in the facility and writer Cullen Bunn wastes no time dropping her into the heart of the action with little more fanfare than that.

Bunn’s latest horror offering isn’t going to break any molds yet, settling comfortably into the slow-burn psychological horror setting that has graced many different forms of media over the years. A psychiatric hospital where the protagonist is immediately questioning their own senses is well-tread territory in the horror genre, but I have faith that Bunn has more than a few twists up his sleeve.

The pacing of the first issue showcases to readers just what kind of creeping dread they can expect. While a lot happens, at the same time, nothing happens. Ashli experiences her first day and it’s not even a full day at that. Bunn’s writing conveys her trepidation well, as she enters the facility and once she is introduced to the staff.

In particular, Simone Jeffers, one of the nurses at Saint Cascia, feels like every take-no-shit, wise-and-wise-cracking veteran at every job you’ve ever worked. She gives Ashli the crash course training and proceeds to do her job without rolling out the red carpet. Everything about Ashli’s first day in a busy environment is average, though Nurse Jeffers does stress that they’re understaffed on more than one occasion…

There are definitely a few quirks in the system though. Bunn introduces at least one character who claims she doesn’t belong and I’ll admit that the writing was so realistic in the situation that I was convinced. Add in a few quietly terrifying circumstances that only Ashli seems to experience and it’s a great first look at tons of smaller cogs in the bigger picture machine.

The one downside to the writing that I will comment on is how it seems as though this Paper Plate Face will be the main antagonist? There’s nothing about the Paper Plate Face encounter that sticks out as particularly memorable against the rest of Ashli’s strange encounters in the first issue. If it weren’t for the fact that the Paper Plate Face can be found on the cover and Cullen Bunn stressing its importance on Twitter, I think it would have been lost in the crowd.

Jack T. Cole, who does the art and coloring for the book, deserves so much credit for setting the mood of the series as well. As Ashli begins her day, the sky is light and cloudless, but as she makes her way closer to Saint Cascia, the skies darken and the clouds roll in. It’s one visual trick that is subtly foreboding. The colors throughout are muted and dingy throughout the city. Even the psychiatric hospital with its calming light blue walls has the opposite feeling and contributes to a clinical atmosphere.

Each panel has a lot going on to draw the eye in and there is more than one small detail to be caught when studying the backgrounds of panels. The issue is worth a second read to understand how clever some of the foreshadowing is. I also appreciated how it seemed that Ashli, when in frame with others, was very rarely the central focus of the panel. No matter how large or small the panel, it was only when she was alone that it felt like your eye was drawn to her first.

While some of the facial expressions could be off from time to time, I couldn’t imagine anyone else illustrating this series. The art is suitably horrific when those elements are introduced and wonderfully restrained when they’re not called for. As a creative team accomplishment, the inability to distinguish between staff and patients at Saint Cascia only serves to fuel my paranoia even more.

The Unsound #1 takes a familiar concept and adds depth, sprawling unease, and paranoia in heaps – both to the main character and to readers. The creative team succeeds in this stunning debut, evoking that feeling you get when the hairs on the back of your neck stand up. For psychological horror fans, this one is not to be missed.