Lost City of Z Should Have Maybe Stayed Lost 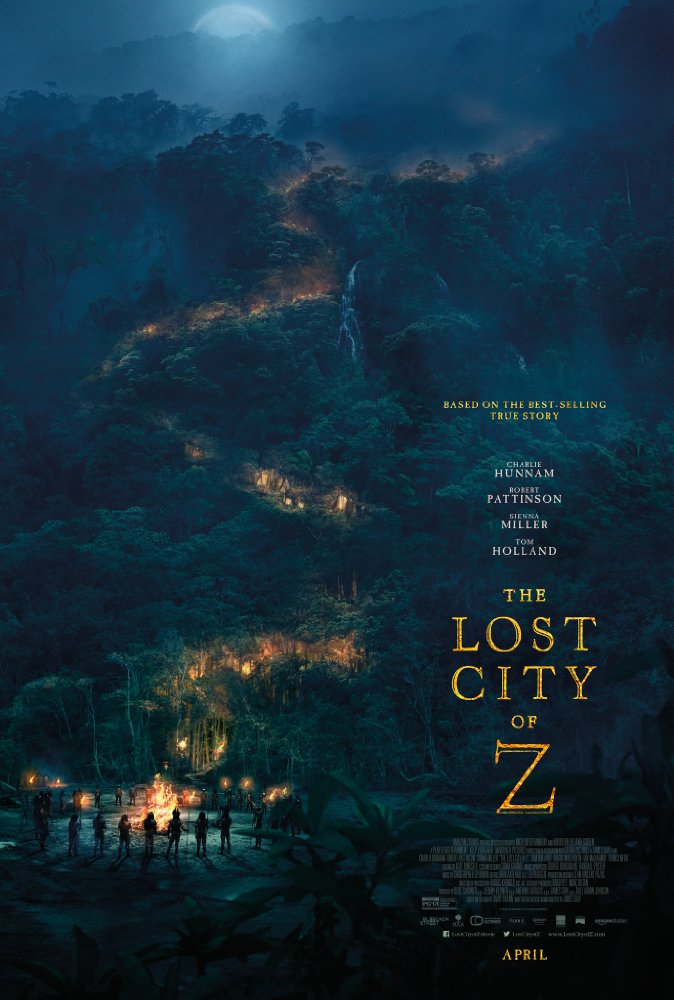 The latest flick from James Gray and star Charlie Hunnam is the adaptation of  2009’s book of the same name by David Grann. They both detail the adventure undertaken by British explorer Colonel Percy Fawcett in the jungles of South America over several decades, from mapping out countries to repeated searches for a lost city.

Where the book is nonfiction and deals with Fawcett’s expedition and the many later ones to repeat his journey (including the author’s own) the film hews to just the life and events of Fawcett. At 2 hours and 21 minutes the tale is lengthy, jumping years at a time to different moments in Fawcett’s undeniably eventful life.

However it often jumps back and forth between these scenes, more than once I felt the nag that a scene didn’t actually add anything to the story, but maybe was a remnant of an earlier cut. But as it is, it is looong. Maybe you could say that was done for effect of simulating the trials of the journey through the South American wilds but the truth is those moments are the only ones that move at a healthy clip. It’s all of the scenes back in Europe that bog the movie down in weird ways.

The movie looks great, and the actors do a good job. Hunnam is decent and Robert Pattinson as a grizzled, reformed alcoholic adventurer works well as Fawcett’s right-hand man (he also delivers the best line in the movie) but unfortunately their performances are hindered by the story of the film itself. Sienna Miller is likewise wasted in her role, having no real scenes worth writing home about.

Whether the movie should have fictionalized the adventure more, to make a more compelling film, or had a sharper edge in editing the story down, maybe it could have been redeemed. As it is I could not help thinking that this story with all of its various twists and decades-long timeframe could have been served amazingly well in a miniseries. Once that thought popped in my head the first time, it was damn hard to get rid of it.

Maybe this has more to do with my having read (and greatly enjoyed!) the book by Grann very recently, having had that passion for adventure, the fire for exploration lit in me from the book. To have that feeling thoroughly cooled by the lengthy and unfortunately dull adaptation did more harm than it might have otherwise done as an okay movie.