Did We Really Need K: Missing Kings? Probably Not, Since it Failed to Add Anything of Note

A REVIEW COPY OF K: MISSING KINGS WAS PROVIDED BY VIZ MEDIA IN EXCHANGE FOR A FAIR AND HONEST REVIEW. NERDOPHILES WAS NOT COMPENSATED FOR THIS REVIEW. OUR OPINIONS ARE OURS AND OURS ALONE. 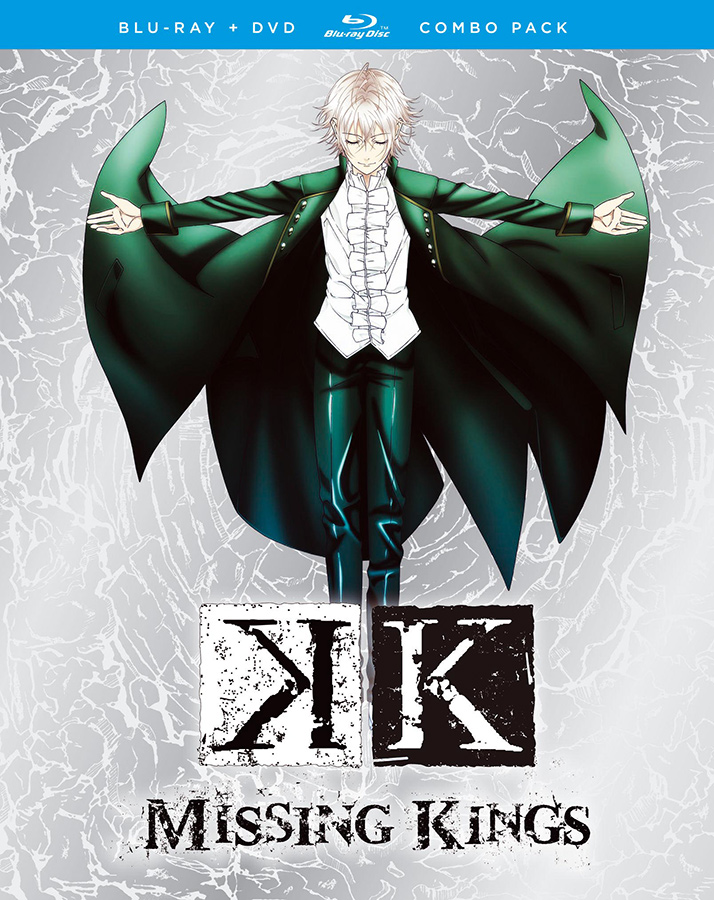 If you haven’t found yourself perusing Netflix’s catalogue for anime in a dry spell, then there’s a good chance you’ve let some choice opportunities shimmy under your radar. Netflix boasts a relatively small collection of original anime series and entries from several other big name studios. While some of said works are mainstream, you’ll find others such as K or K Project sprinkled in moderately. While we’re on the topic, a few of Netflix’s original anime series are among the best to have emerged in the past decade, but that’s a story for another time.

K: Missing Kings is a film sequel to the first season of the aforementioned anime series K. It essentially serves as a precursor for the second season and a transition from the first one. All things considered, the film set the stage for the next season superbly. It addressed the events at the end of the first season and, after reflecting on them, set the direction for the next one.

Ironically, this does nothing to save it from the fact that it served no purpose. While it did aim to close the gap between the first and second seasons, the exposition could have easily kickstarted the latter as the first few episodes.

Even worse, rather than adding to the series in a notable way, the film made me see glaring mistakes of the anime. Did you know we never once in the series noticed an elemental function of the kings’ abilities and those of their clan members, except for the fourth king’s fire energy? It wasn’t until I watched the film that I realized the other kings each had their own as well beside their fighting skills.

What it did right: Excellent visuals, Aligned the elements for the next season.

The visuals from the series stood out from many we’ve witnessed over the years. With interesting colors and style, the film managed to capture the same unique tone. The same humor from the series found a place as well.

It also introduced new characters and two new kings, one of which seems as if he’ll be the primary antagonist of the second season. Although to say two kings instead of one is not exactly true. One king, the green king, is hinted at while his clan members pursue Anna, a former member of the red king’s clan.

Which brings me to the next point. Anna, the red clan’s token innocent child, becomes the new red king. To place the whipped cream and cherries on top, the red clan and the blue clan have come to a truce until the green king is dealt with.

This all sounds like a great second season, so it’s difficult to call the film a complete waste of time. This being said, I still feel that the film could have been constructed into three or four awesome episodes.

What it did wrong: Being made in the first place.

Watching the film resembled a chore more than than it did watching a joyous installment. I might be going out on a limb here, but I’d guess that’s not the feeling the creators were going for. It pains me to say that this was the worst anime film I have seen to date.

None of the fighting amounted to anything more than derivative attempts to fill screen time. What makes it worse is the dreaded blunt sword trope we see time and again throughout fiction of all kinds, but possibly more so in anime. By this, I mean the idea of an otherwise sharp sword hurting characters, but failing to cause cuts of any kind. Although several plot points developed throughout the film, they each took far too long.

The film also hinged on the inclusion of a new character with a tie to Kurou Yatogami’s past. The long-lost older brother figure is an element we’ve seen too often not to scoff and roll our eyes at whenever we see it. Between that and Yatogami’s search for his clan’s king being postponed to save Anna, the film was a stale mess.

Final Thoughts: I’m glad I watched the film because it would have been confusing to start the second season without an understanding of the changes to the clans and allegiances. I only wish the film offered more. The first season of K pinned itself on a mystery and complicated relationship between the heavier figures of the show. The film couldn’t do much at all without these pieces. Watch if you ever plan on watching the second season or watched it and couldn’t understand its beginning. Avoid it if you have no interest in the series.