A REVIEW COPY OF GODSHAPER #1 WAS PROVIDED BY THE PUBLISHER IN EXCHANGE FOR A FAIR AND HONEST REVIEW. NERDOPHILES WAS NOT COMPENSATED FOR THIS REVIEW. OUR OPINIONS ARE OURS AND OURS ALONE. 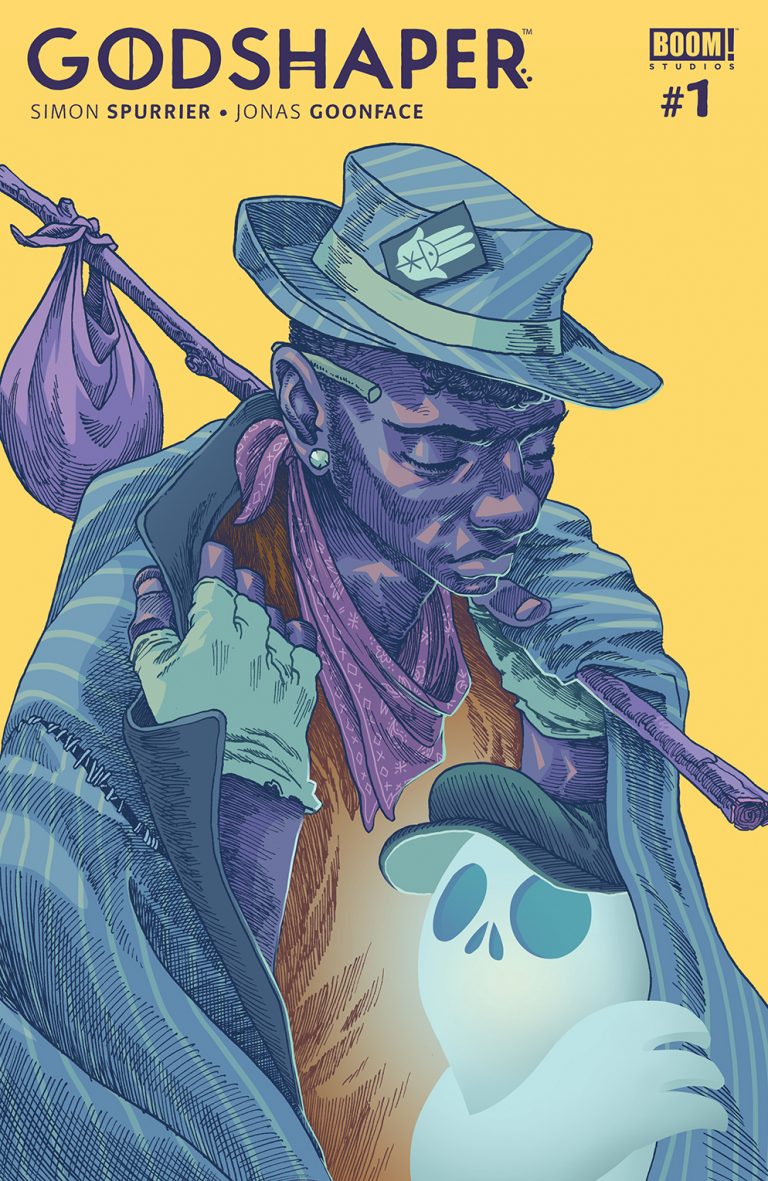 
Rating:
When technology gives out sometime in 1958, cars stop working, electricity disappears, and modern conveniences cease to exist. In their place, a new, metaphysical currency emerges: gods. Part bank account, part status symbol, and part everything else, Si Spurrier has created a fascinating landscape in Godshaper, his latest creator-owned series from BOOM! Studios.

At Wondercon, Spurrier spoke with us at length about the concept, as well as the economic groundings of what it means to rely on personal gods in this slightly off version of 2017. Ennay, the main character and titular Godshaper, is a man without a god, without the ability to hold wealth or status, but with the perks of being able to manipulate everyone else’s gods to their specifications, making him a necessary nuisance.

On the flipside, Bud may be the only god in existence without a worshiper. He shouldn’t be possible, yet he and Ennay have carved out a mutually beneficial relationship to make navigating society just a little easier. Throw in modified 50s and 60s slang, an underground musical movement known as cantik, and a desperate desire to be regarded for your own merits and you’ve got your introduction to Godshaper.

It’s a rollicking, rockabilly, roadtrip adventure that may leave readers with more questions than answers, as Spurrier was quick to point out that Ennay and Bud will more often than not outright refuse to learn some of the mysteries of this world. Indeed, the humor shines through when the first issue includes a scene with Ennay repeatedly muttering, “I don’t care, I don’t care, I don’t care,” to some of the larger exposition.

Jonas Goonface provides the artwork and presents some really unique and beautiful things in this first issue, not the least of which is a two page spread that draws the eye through the scene masterfully with the use of composition and color. The people and each of their own personal gods are rendered with distinctive features. Ennay himself provides the opportunity for some glorious gender-bending styles and there are plenty of easter eggs to be discovered in the art. If you couldn’t already tell, I spent a lot of time just looking at Godshaper.

Letterer Colin Bell keeps pace with the rest of the creative team easily, contributing to those full page spreads and seamlessly working in narration text alongside speech bubbles. The variety of bolding and varying font color works to give real feeling to the scenes, especially when things start to get tense at the end of the issue.

The bottom line is Godshaper is a whole lot of fun wrapped up in a colorfully creative package delivering an extraordinary set of circumstances with a cast of cheerful misfits. With such an interesting concept, gorgeous artwork, and endless possibilities, there is no reason not to pick up the first issue of Godshaper wherever you get your comics. I’m already eagerly awaiting what happens next.