“Chappie” Brings Robots Back to Life 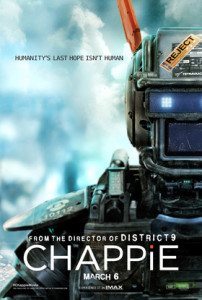 Let’s get this outta the way.

Here’s the thing. They ain’t wrong. Chappie as a movie is not anything drastically new. It’s not entirely undiscovered country (RIP Nemoy and Shakespeare). The plot is seen in a number of different movies including, yes, Short Circuit 2 and RoboCop, but the details of this movie, the characters themselves are entirely original to this film. That being said, I still REALLY dug this movie. 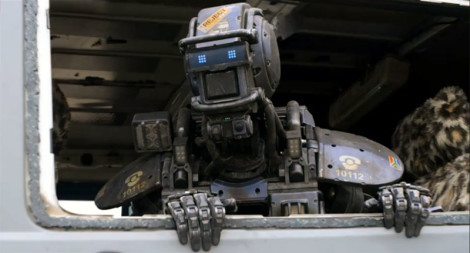 The movie opens with a set up that is immediately District 9. Flash cuts of news clips of crime in Johannesburg and specialists talking about Chappie, then the screen goes black: “18 Months Ago.” Here’s the problem with all of that. It is just like scenes in District 9 obviously, but more importantly it tells the audience that “Don’t worry, no matter what happens next Chappie is understood and seen in a good light.” It takes away all the tension of whether or not Chappie is going to succeed and grow, be recognized or be damned. Interstellar did the same thing last year and I hope it is not a trend starting up.

This third film from District 9‘s Neill Blomkamp tells the story of a fledgling AI finding and understanding his place in the world. He has his Maker, his Mommy, and his Daddy, all who attempt to mold the robot (affectionately named Chappie) into what they need.

Slumdog Millionaire‘s Dev Patel plays Deon, an engineer for the company who supplies Johannesburg with their police droid force, who wants to do more. He wants to create life. Hugh Jackman plays soldier-engineer who wants to see his robots (flying ED-209’s) patrolling the streets. Street thugs Ninja and Yolandi need $20mil to pay back chief gangster and subtitled meathead Hippo. Their intentions collide with the creation of Chappie. 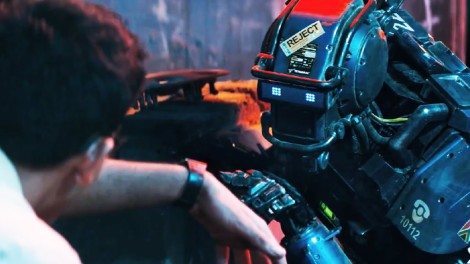 The movie proceeds with Chappie learning, deciding how to behave, and developing agency. Chappie being played by Sharlto Copley, is instantly sympathetic. His antennas on either side of his robot head conjure the idea of a dog as the move to display emotion, while his voice and speech emulate a small child just beginning to utter simple thoughts. Chappie is designed to be the master manipulator, immediately getting anyone on board in empathizing with him.

Does the movie work? Yes. Absolutely. It’s also getting a lot of backlash from audiences for its product placement and use of Die Antwoord. Yes, Chappie and gang do get their hands on enough PS4s to fill a Best Buy and proceed to use them as processors. Yes, Ninja and Yolandi walk around the movie wearing their own shirts and faces. It’s pretty amusing to be honest.

I know nothing about Die Antwoord but, or maybe because of it, I wasn’t bothered by this. It made them such interesting and maybe a bit silly characters. None of this stuff is awful enough to ruin the movie for me. As I said, I enjoyed the oddity that is rappers playing alternate earth versions of themselves.

It seems like I’m saying a lot of negative stuff, but really I just want to get across that I recognize the flaws that others are using to condemn the movie. Those people aren’t wrong, those things are all there, but whether or not it’ll entirely ruin your experience is debatable.

Chappie shows the parallels between God & Man and Maker & Robot in a manner that’s about as subtle as a two story robot with cluster bombs and mini guns. Blomkamp has always had a message in his movies, whether or not he can get one across on any layer other than the surface remains to be seen.

Final Thoughts: Despite all the criticism, Chappie is a touching, damn fun time at the movies.  I highly recommend checking it out. But what do I know, I’m an Elysium Apologist.