We Are Very, Very Amused: A ‘Victoria’ Season Review 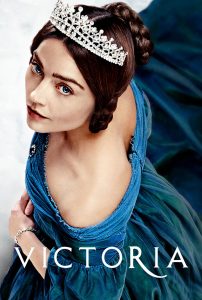 “We are not amused” might have been the epitaph for her reign, but it’s certainly not how I felt watching the entirety of Victoria on PBS. Sure, yesterday was a snow day and I was cooped up all day. But what better way to spend the day than with the royal love story of the century?

Only eight episodes long, the entire show has a runtime of nearly 9 hours. But every hour is filled with sumptuous images of castles, clothes, royalty, and the winds of change. Yes, as I’ve previously written, the pacing can be slow, but for any history nut or Anglophile, it’s well worth the watch.

After all my touting about the wonder that is Rufus Sewell as Lord Melbourne, he in fact left after Episode Three. It only makes sense, that’s how politics go.  And  just like Victoria, we fill our sense of loss with Albert. The pair of them are wildly romantic, deeply in love, and incredibly good-looking. I mean seriously, Emma Stone and Ryan Gosling are hogwash compared to Jenna Coleman and Tom Hughes.

The stories revolves around the history of the time; what makes monarchs and what unmakes them. Victoria goes from a silly girl in love with her mentor to a true Queen, able to make her influence known and her presence felt. She’s even a bit of a feminist, making it known that she is more than a breeding mare.

Unlike Queen Elizabeth 1 (who in my mind is still the greatest female monarch), Victoria never prescribed to the idea that as a woman she was less than the men around her. She dictated fashion (with her white wedding gown), as well as new royal customs. No longer would courtiers watch the consummation of a royal marriage, or the birth of the royal child. Victoria was known for her prudence; though perhaps what she was more for was common decency and privacy.

The Victorian Age is also known for the British Industrial Revolution, championed by Prince Albert. Perhaps my favorite episode is Engine of Change, an episode devoted to Albert’s obsession with the trains, and Victoria’s acceptance of the way of the future. She also manages to throw some shade at the old family she stays with while on retreat. Yep, Victoria is sassafrass.

The downstairs portion of the show becomes more interesting throughout the show. There are love affairs to be had and hearts to be broken. While the downstairs characters never seems to be as enjoyable as those on Downton Abbey, they still make for a nice break from the first world problems of Victoria. They give us a much-needed glimpse to the outside world, particularly from a woman’s point of view.

The strength of this show lies with the fact that it was created and written by a woman to star a woman. Daisy Goodwin, who literally wrote the book before spearheading this show, gives Victoria not only power, but also agency and autonomy over herself. I shudder to think what young, flighty Victoria might have looked like in the hands of a man. What we have instead is a woman who knows her worth, knows her place, and knows how to get what she wants. She loves fiercely, speaks unapologetically, and rules proudly.

Victoria is a much-needed recharge from a world where women in power are silenced with little thought. So if you like a classic costume drama, with some romance, beauty, and feminist undertones, (and you want to support publicly funded television) go watch Victoria.