Get Your First Look at “Passenger” With This Stunning Book Trailer! 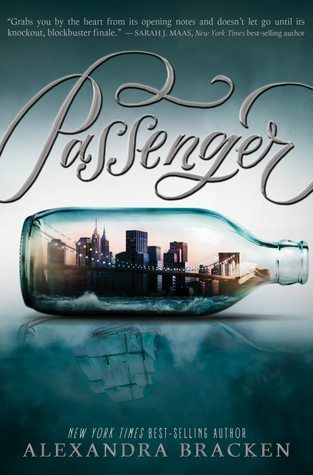 There is just about a month left to go before Passenger, one of 2016’s first must-read YA novels of the year, releases and we couldn’t be more excited. With a brand new book trailer released this past Friday, Passenger is looking and sounding better than ever. I mean, the book had me at science fiction, time travel, and romance but have you seen the trailer? It’s awesome.

The book itself is pretty awesome, too.

We recently received an advanced review copy and let me tell you guys: what I’ve read so far is pretty great. When I was younger historical fiction was hands down my absolute favorite book genre and Passenger is a wonderful mix of science fiction, adventure, romance, and history. It’s kind of the perfect book for high school-age me.

In one devastating night, violin prodigy Etta Spencer loses everything she knows and loves. Thrust into an unfamiliar world by a stranger with a dangerous agenda, Etta is certain of only one thing: she has traveled not just miles, but years from home. And she’s inherited a legacy she knows nothing about from a family whose existence she’s never heard of. Until now.

Nicholas Carter is content with his life at sea, free from the Ironwoods–a powerful family in the Colonies–and the servitude he’s known at their hands. But with the arrival of an unusual passenger on his ship comes the insistent pull of the past that he can’t escape and the family that won’t let him go so easily. Now the Ironwoods are searching for a stolen object of untold value, one they believe only Etta, his passenger, can find. In order to protect her, Nick must ensure she brings it back to them–whether she wants to or not.

Together, Etta and Nicholas embark on a perilous journey across centuries and continents, piecing together clues left behind by the traveler who will do anything to keep the object out of the Ironwoods’ grasp. But as they get closer to the truth of their search, and the deadly game the Ironwoods are playing, treacherous forces threaten to separate Etta not only from Nicholas but from her path home… forever.

Check out Alexandra Bracken’s official website. While you’re there check out some of the other books she’s written, too. She’s the author of not only the stellar The Darkest Minds series which concluded last year but also The Princess, the Scoundrel, and the Farm Boy, a middle-grade retelling of Star Wars: A New Hope! Then look into pre-ordering Passenger which hits shelves January 5th!