“The Arab of the Future” Is A Profound Graphic Memoir

The Arab of the Future 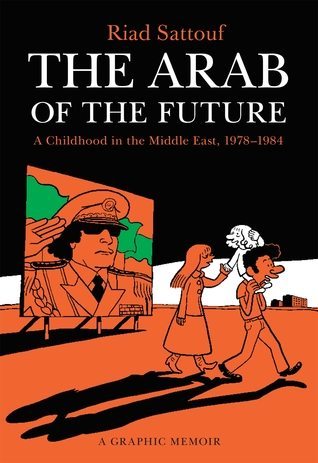 Sometimes it can be hard to find the right words to describe a book. Usually these are the books that have such a profound effect on me as a reader that it’s hard to explain the way I feel about them beyond telling people to just read them for themselves to find out. The Arab of the Future is one of those books.

It’s emotional. It’s thought provoking. It’s an experience in and of itself – and one that is very relevant to a lot of what is going on in global politics today.

A graphic memoir, The Arab of the Future tells the story of Riad Sattouf – a French-Syrian satirical cartoonist  – and his early childhood spent between France and the Middle East. The son of an idealistic Syrian with grand plans for the future of the Arab people and a French intellectual, Riad lived a unique childhood experiencing more in a few years than many of us will in our entire lives.

The book explores the first six years of Riad’s childhood ranging from 1978 to 1984. It’s a tumultuous time in the Middle East. Following his father first to Libya and then to his family’s home in Syria, Riad is exposed to a vastly different culture than the one he has known growing up partially in France. The contrasts are obvious and often shocking. Small children torture puppies in the street for fun. They run around with weapons and beat one another bloody for fun. Anti-semitism, racism, and mindless obedience to political regimes run rampant.

We see his father trying to make a place for his family while his mother goes silently along with it all. An educated man, even he cannot see past his own obsessions and his racist, sexist ideologies. Even he begins to fall into the fervor of extreme reverence for Islam after years of mocking religion.

And all the while we see a young Riad trying to make sense of it all.

It’s an incredible read and such a unique way of looking at this period of history in the Middle East. I was an international relations major in college and we spent a lot of time learning about various conflicts but never did we take the time to wonder what a five year old might think of things.

This is one of the reasons I love graphic novel memoirs and historical stories. I think that the medium is a fantastic way of telling impactful stories in a new, visual way that can appeal to a wide variety of readers. Sattouf is a very talented artist and so it makes sense that he decided to use his gift to tell his own story.

As an American comic book fan I wasn’t sure I would enjoy the distinct style of the book but I was instantly hooked. I love the way Sattouf depicts his world and his character. And I love the symbolism of changing the color shading to represent each country as we move along. His artistic choices really bring the whole story together.

The Arab of the Future is a very solid memoir that tells a unique story in a locale and time period that I don’t think have been very often explored. It really is a profound read and one I highly recommend. This isn’t just any graphic novel. This is the sort of book I wish I had been assigned to supplement my coursework in college. This is the sort of book that provides a unique perspective that readers will benefit from sharing. I honestly can’t wait to read the rest of the series when they come out. They’re going to be awesome.

A review copy of The Arab of the Future was provided by the publisher, Henry Holt & Co. in exchange for a fair and honest review. Nerdophiles was in no way compensated for this review. Our opinions are ours and ours alone.