Rockstar Book Tours: Liz Braswell Talks to Us About Her Relationship With Disney and “A Whole New World” 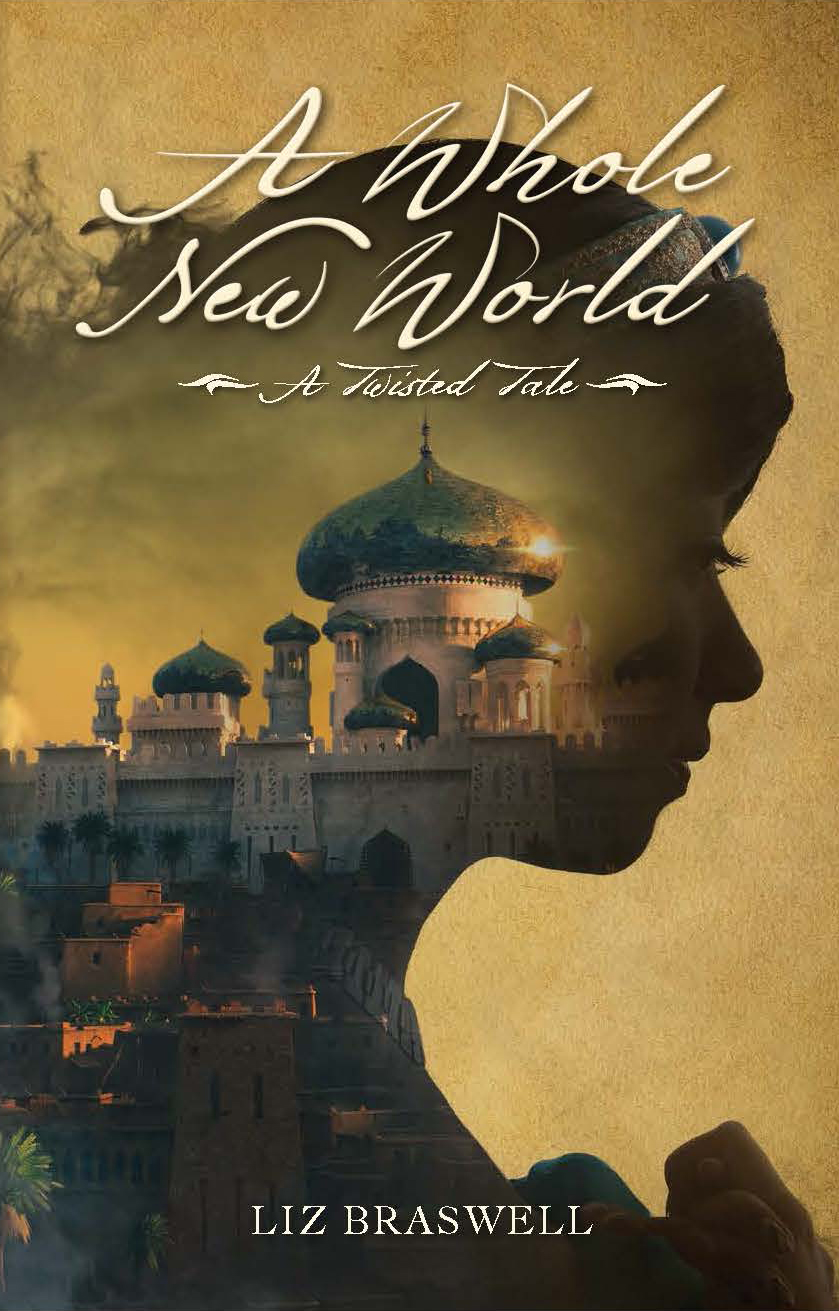 Most of us grew up on classic Disney movies. We rooted for Robin Hood in his fight against the cruel Prince John. We cried with Simba as Mufasa died. We wished our dinner plates would sing and dance and that birds came to us with just a song.

But what if those stories we know so well never happened? What if something else happened?

The Twisted Tales series from Disney aims to look at the classic stories of our childhood from a different, darker angle. The first in the series is A Whole New World which retells the story of Aladdin.

What if Aladdin had never found the lamp? This first book in the A Twisted Tale line will explore a dark and daring version of Disney’s Aladdin.

When Jafar steals the Genie’s lamp, he uses his first two wishes to become sultan and the most powerful sorcerer in the world. Agrabah lives in fear, waiting for his third and final wish.

To stop the power-mad ruler, Aladdin and the deposed princess Jasmine must unite the people of Agrabah in rebellion. But soon their fight for freedom threatens to tear the kingdom apart in a costly civil war.

What happens next? A Street Rat becomes a leader. A princess becomes a revolutionary. And readers will never look at the story of Aladdin in the same way again.

I don’t know about you guys but this synopsis is what makes me so excited about this series. As a huge comic book fan, I’m used to alternate universes and retellings of favorite origin stories. Fairy tale retellings aren’t new, of course. But the idea of seeing all these familiar Disney characters, stories, and settings twisted around just makes me giddy with excitement.

Want a chance to read A Brave New World yourself? Enter the giveaway below to be one of five people to win the book on this book tour!

Liz Braswell is the first author to tackle the Twisted Tales series and so we asked her to reflect on what Disney meant to her. Watching Disney movies has been a quintessential part of growing up for so many people. We wanted to know how much of an influence Disney had on her (especially since she’s now directly responsible for one of the greatest Disney properties of all time)!

As a child, I was madly deeply crazy in love with Disney movies. Please to remember these were in the days before laserdiscs or vhs or streaming or direct cranial connection video, so they were released to the big screen every seven years or so. Which is a looooong time to wait.

More than a lot of other things (but not being able to fly under my own power or visit New York City without my parents) I wanted to be able to animate stories just like Disney. I bought, borrowed, read and memorized every book on animation, tried drawing cel after cel on pieces of acetate, and even focused my first personal computer purchases based on their graphics capabilities’ specifically for animation.

I even coded my own drawing program because there wasn’t one out on the market that had all the features I wanted.

Here are two very important things you need to know about this process, and me:

(I can, however, sing Some Day My Prince Will Come in a style shockingly close to the original. When I was in high school my dark hair was shoulder length I would wear a bow in it, and, because of my fair skin and my insane addiction to old Disney movies, I tried to get people to call me Snow.)

When The Little Mermaid came out I was overjoyed that Disney was making new, high quality movies again. I loved the music, loved the animation (Under the Sea was a masterpiece of animated choreography back when it all had to be hand drawn)…but now that I was a little older, I wanted a little more from the plot.

When I was a junior in college, Beauty and the Beast came out—one of the first animated movies to have a real CGI scene in it (the ballroom). This was a huge deal. I was at Brown University–studying Egyptology–and a preview of the movie including some animated pencil sketches was shown at the Rhode Island School of Design. Everyone in Providence with the slightest interest in animation, art, or Disney was going mad for it. I had the luck of dating a nice fellow whose parents were fairly prominent RISD alumns so we got to go…but I remember seeing all sorts of artists and engineers on college hill trying to forge the carefully engraved tickets so they could get in.

And WOW! A female lead whose main accessory was a book? Now that’s a hero!

So long story short, Disney has been highly influential on my child and teenhood and young adulthood.

And adulthood! The first book I ever got published is called Snow (under the name Tracy Lynn), and it’s a retelling of the original tale.

I am thrilled to be working with Disney to twist their animated classics (which I had sort of been doing in my head my whole life anyway).

I think I get a discount at Disney World now…

After the sort of introverted childhood you would expect from a writer, Liz earned a degree in Egyptology at Brown University and then promptly spent the next ten years producing video games. Finally she caved into fate and wrote Snow and Rx under the name Tracy Lynn, followed by The Nine Lives of Chloe King series under her real name, because by then the assassins hunting her were all dead.  She lives in Brooklyn with a husband, two children, a cat, a part-time dog, three fish and five coffee trees she insists will start producing beans any day.  You can email her at me@lizbraswell.com or tweet @LizBraswell.