Welcome to the Dark House 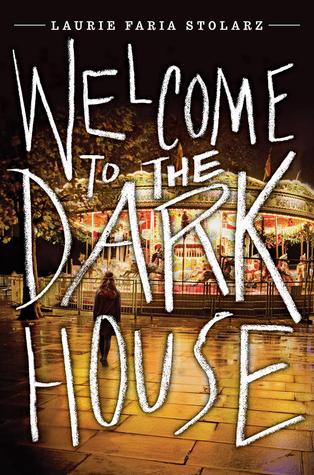 I’ve been a huge fan of slasher films since I was a little kid. I know, I know. Little kids probably shouldn’t be watching slasher films. But I loved Joe Bob Briggs and MonsterVision on late night TNT and so I got into all the horror movies you’d warn kids not to watch because they’d get nightmares or something.

Welcome to Dark House is classic horror at it’s finest.

Welcome to Dark House is a book. It’s actually a young adult book, though all of the characters are over eighteen years old so it probably classifies as part of the growing ‘new adult’ movement. (It’s not really cool to have children being murdered by some supernatural sociopath, you know?)

The story begins with a girl going by the name of Ivy writing in to a horror contest that asks participants to write about their worst nightmares. Hers is pretty terrifying – she writes about her reoccurring nightmares about the night her family was massacred and she was left alive by a serial killer who is still out there. She thinks he’s waiting for her so he can finish her off, too.

When Ivy wins the contest she’s invited on an all inclusive trip to meet a mysterious Sam Raimi/Wes Crave-esque director and see footage from his upcoming film. Except that’s not what’s going on at all. Once they arrive at the hotel they find that things aren’t necessarily as they seem. One of the winners is missing, there are strange warnings hidden in people’s rooms, and their chaperon disappears on them. Then they are taken to a creepy, horror-inspired amusement park that should probably have everyone shouting, “NOPE.”

And when your killer is something as sinister as ‘The Nightmare Elf’ you’ve got to wonder what you’re getting yourself into.

The book is told from the varying perspectives of the different contestants, though the primary focus is on Ivy. She begins the books, guides the reader through it, and ultimately wraps it up at the end. But you have to admit that without the alternating characters it’d be pretty dull. After all, when everyone starts to split up and die how could you really show any of that if you’re focusing solely on Ivy in the first person?

And let’s not have any delusions going into this book folks – it’s all about the slasher film style deaths.

Don’t get me wrong. This is an interesting read. But you’re not getting anything particularly new from it. The writing isn’t perfect and the set up with the alternating narrators can get confusing. Other than Ivy and her script writing (and talking) love interest, the other characters are largely two-dimensional and forgettable. But again – that’s just slasher horror in general.

This isn’t a book for people who aren’t already fans of the film genre. I’ll say that very seriously. But if you are and you want to mix things up a bit give reading your horror a try. This isn’t Stephen King by any means but if Wes Craven wrote YA books you’ve got to imagine they’d play out fairly similar to this.

It’s worth a read if you’re into the horror genre at all. (And it has a sequel coming out this July so you know it’s not that bad.) It’s also worth a read if just because it’s not at all what you’d expect from Disney as a publisher!