Rockstar Book Tours: Sabaa Tahir’s “An Ember in the Ashes” is Out Today!

An Ember in the Ashes 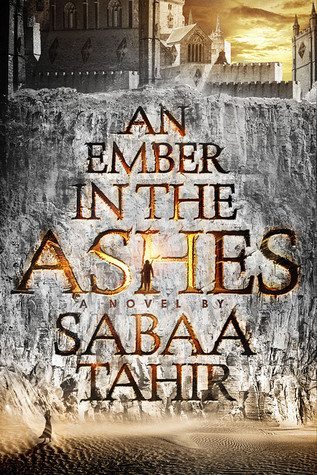 An Ember in the Ashes releases today and we’re helping to spread the word in conjunction with Razorbill and Rockstar Book Tours! This book has been on my to-read list pretty much ever since it was announced. It promises to be one of the coolest releases of the spring and I can’t wait to get my hands on it. But while I must wait, you won’t necessarily have to!

We’ve got an epic giveaway link a bit further on in this post along with some information about the book which releases TODAY. Find out what the book is about, watch an the awesome book trailer, read a letter from the author herself, and get in on that book giveaway!

We hope you’ll be as pumped as we are about Sabaa Tahir’s stunning debut!

Set in a terrifyingly brutal Rome-like world, An Ember in the Ashes is an epic fantasy debut about an orphan fighting for her family and a soldier fighting for his freedom. It’s a story that’s literally burning to be told.

LAIA is a Scholar living under the iron-fisted rule of the Martial Empire. When her brother is arrested for treason, Laia goes undercover as a slave at the empire’s greatest military academy in exchange for assistance from rebel Scholars who claim that they will help to save her brother from execution.

ELIAS is the academy’s finest soldier—and secretly, its most unwilling. Elias is considering deserting the military, but before he can, he’s ordered to participate in a ruthless contest to choose the next Martial emperor.

When Laia and Elias’s paths cross at the academy, they find that their destinies are more intertwined than either could have imagined and that their choices will change the future of the empire itself.

A Letter from the Author

Today, my “baby” AN EMBER IN THE ASHES is finally out in the world! From inception to pub date, this journey took eight years. And what a journey it was: writing, rewriting, revising, editing, querying, submitting; Meeting other debuts, bloggers, booksellers and librarians, and hearing their thoughts on EMBER. There aren’t enough superlatives to describe the radness.

And now, the book is here! I am so excited to see it in the hands of readers. I hope you enjoy reading it as much as I enjoyed writing it. To celebrate release day, I’m giving away two signed, first-edition hardcovers of the book. Details below!

All my best,
Sabaa

Excited about the book now?

Here’s your chance to win a copy of your very own!

Sabaa Tahir grew up in California’s Mojave Desert at her family’s 18-room motel. There, she spent her time devouring fantasy novels, raiding her brother’s comic book stash and playing guitar badly. She began writing An Ember in the Ashes while working nights as a newspaper editor. She likes thunderous indie rock, garish socks and all things nerd. Sabaa currently lives in the San Francisco Bay Area with her family.

This post was sponsored by Razorbill and Rockstar Book Tours. All materials were provided by the publisher and tour host. We are, however, genuinely excited about this book. It looks freakin’ awesome.