It seems pop culture news is moving faster and faster as the days go by. One minute you’re walking down the street thinking you’ve got all you want in your life, the next minute Marvel is announcing their movie schedule for the next three years, or Studio Ghibli announces they are stopping production, and suddenly you’re ready to cry. It’s hard not to mention all of the things that have happened in the last year, and there was a lot, but we managed to parse it down to just a few of our favorite headlines. What else do you think deserved a spot on the list? 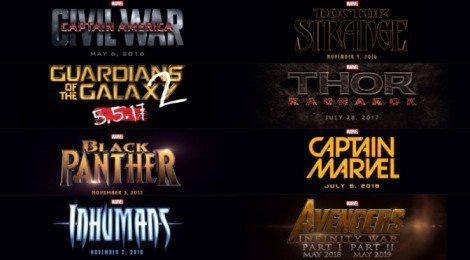 No matter where you fall on the age-old rivalry between comic book powerhouses DC and Marvel, no one can deny Marvel’s massive success this recent half-decade in bringing us fun, action packed comic book movies that will serve as an example for all future comic book movies. Gone are the days of wishing and hoping for crossovers when the Marvel Cinematic Universe seems to string everything together into a perfect little package. With its momentum going strong off of the commercial success of The Avengers, Marvel announced their next Phase of superhero movies in the fall of 2014, including new titles for fan favorites like Captain Marvel, Black Panther, Inhumans, and Doctor Strange. It’s hard not to get just a little (or a lot) excited seeing these long adored characters come to life on the silver screen. — Picked by Everyone

No matter what your thoughts are on the situation as a whole, it’s hard to deny that the Sony hack has been particularly illuminating. Leaked documents have given the world an incredibly unique insight into the previously private affairs of Hollywood. From the inward thoughts of high powered executives to the pay discrepancies between the sexes in ensemble film American Hustle, everything was laid bare by the ‘Guardians of Peace.’ Films with high earning potential that were still in theaters and films yet unreleased hit torrenting sites and were downloaded millions of times in just days. The economic damage done to Sony is only a part of it, though. The controversy surrounding the James Franco and Seth Rogen film The Interview, which was about assassinating Kim Jong-Un, and questions about whether or not the hack was perpetrated by North Korea added a new layer to the whole thing. What originally was just a Hollywood hack became a major international relations incident. Theaters – responding to threats of terrorism – refused to screen the film, causing Sony to cancel the film’s theatrical release while President Obama called them all out for being cowards. The kicker? It probably wasn’t North Korea after all. And yet, the political ramifcations are still being felt. So are the economic ones. It has been insane and fascinating watching this all unfold. But, hey, at least it wasn’t all bad. We did get this gem of an email from Channing Tatum.  And we did eventually see the release of The Interview, which is now available online through various VOD options. — Picked by Sam & Therese 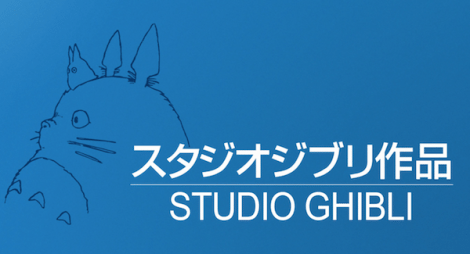 After Hayao Miyazaki released As the Wind Rises and proclaimed his retirement to be true to the world, many wondered how the infamous Japanese animation studio would be able to continue without its greatest talent. After a couple of months of rumors and some lack luster premieres for its latest films The Tale of the Princess Kaguya”and When Marnie Was There, the studio announced in July that it was going to restructure their company and they were stopping production on future films. While the world was initially shocked, the reassurance that the company would never stop working eased some fans minds, but the fact remains the same – the end of an era has come for Studio Ghibli and it might never return to its full glory. –Picked by Kathryn Loper 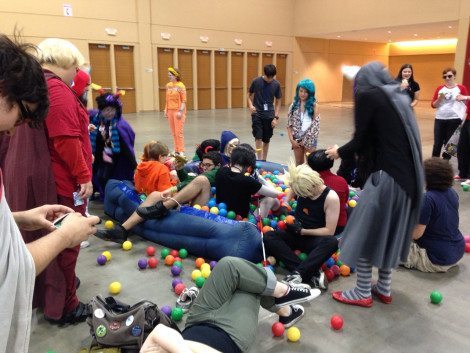 Oh the fun that was had this past July at DashCon. While the bitter taste of the con still lingers for some, the rest of us have had a great laugh and lesson about first run cons run by Tumblrites. As I watched all of the commotion go down on Tumblr and Twitter, my heart ached for all of the poor souls who were stuck with the sad compensation of an extra hour in the ball pit instead of listening to Night Vale. The whole affair just reeked of sketchy misdeeds, but hey! At least we got to see what it would look like if a bunch of Tumblr kids got together to have a fun weekend. –Picked by Rebecca 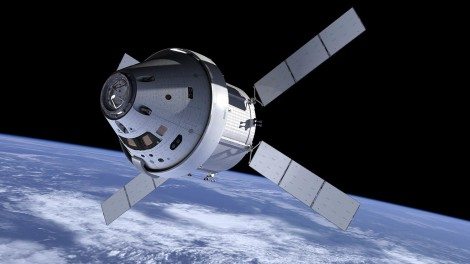 Ignoring Rebecca’s post about the con that haunts my dreams, let’s talk about something more exciting. Like the fact the United States is going back into space! After three years of work and a scrubbed launch date, NASA launched the first unmanned Orion spacecraft, which is set to replace the Space Shuttle. Even though they’re not expecting to put actual astronauts on Orion until 2021 at the earliest, it’s still exciting that we’re even getting back into space travel at all. Plus, the craft itself has total Apollo vibes with the water retrieval aspect and that makes my inner five year old NASA nerd so happy. — Picked by Ashley

DC is no Marvel, that is for sure. While Marvel announces its films with flash and spectacle at fan events like Comic Con, Warner announced its upcoming slate of DC comics films at an investor meeting. Despite the uneventful way they were revealed, the films were big enough to speak for themselves. Some things we already knew were confirmed (Justice League will be a thing), but there were also some big surprises (Suicide Squad!). The most exciting film? Wonder Woman in 2017. Wonder Woman is the most recognizable female superhero in the world, the likes of which Marvel really has no equal. I like Marvel just as much as the next guy, but that doesn’t mean I don’t want DC to make great films. This announcement forced Marvel to announce their full slate of movies (see above) and probably helped motivate them to get their female superhero flick, Captain Marvel (2018), into development even sooner. Competition breeds innovation and in this rivalry, it’s the fans that win. — Picked by Song & Therese

Humpty Dumpty had a Great Fall

Let me tell you something about my home state of Oregon: we lack in amusement parks. What we don’t lack are creepy attempts at amusement parks. One of those is called Enchanted Forest, located just south of Salem where I live. It is a park filled with all sorts of fairy-tale themed activities and “rides,” including a roller coaster and a log ride. It is a poor man’s attempt at Disneyland, and tucked away in a forest, provided a lot of fun times and nightmares for me as a child. Back in July, a story out of Enchanted Forest actually made national news when the giant, creepy statue of Humpty Dumpty (seated on a wall, of course) took a tumble to the ground and broke. That’s right folks, the fairy-tale story became true as the beloved statue gracing so many childhood memories crashed to the ground and crumbled. Only in Oregon, people. This definitely charmed its way into my heart as my favorite headline of 2014. Worry not, though, the story didn’t end there as someone was able to put Humpty Dumpty back together again. — Picked by Katie