Every year sees new TV series come and go, and we, here at Nerdophiles, are simply TV addicts. From network to premium cable to on-demand streams, we’ll watch it all. While we might not cover all of these shows weekly, but here is a list of our staff’s favorite newcomers of 2014! 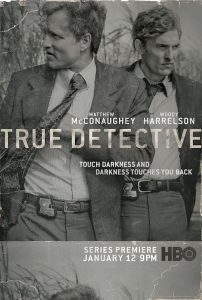 Not without its controversies, HBO’s True Detective still managed to capture the attention of critics and viewers alike. The southern gothic and neo-noir thematic elements of the show served to highlight a serial killer mystery told in two timelines through the eyes of the main protagonists. Matthew McConaughey and Woody Harrelson delivered award-winning performances to Nic Pizzolatto and Cary Joji Fukunaga’s riveting story. We were treated to the six minute single-take tracking shot heard ‘round the internet and a second season of the anthology series, starring Vince Vaughn and Colin Farrell, is set to debut in 2015. — Picked by Therese & Kylee, Kathryn, Cody 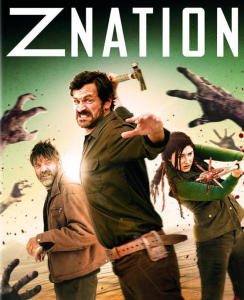 With The Walking Dead billed as the highest rated cable show in television history, Z Nation was always going to be fighting an up-hill battle of comparisons. Thankfully, the show is hilarious and unique enough to stand on its own zombie apocalypse ass-kicking legs. There’s a refreshing sense of humor involved with Z Nation (znado anyone?), as well as a cast of characters that are immediately endearing. Earlier this year, we spoke with creator Craig Engler and star Tom Everett Scott at New York Comic Con and can’t wait to see this show back in late 2015! In the meantime, check Z Nation out for yourself (or see our recaps). — Picked by Kylee

Admittedly I’m sort of the perfect audience for this show, as the show’s premise (a critic who reviews life experiences rather than media) is something I’ve seriously considered doing myself. But boy, this sure makes me realize I’ll never ever actually want to do that. Normally I have trouble watching cringe comedy, but Andy Daly’s great performance and his intense commitment to every extreme the show explores makes this a hilarious and consistently surprising show. — Picked by Steve 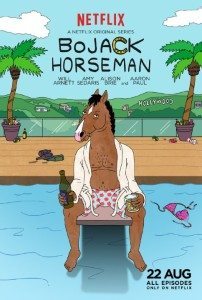 This series could have easily been something stupid and not worth the time. Hell, the first few episodes walked that line pretty well. However, a series about an anthropomorphic horse that’s also a washed up 90’s sitcom actor, voiced by Will Arnett, ends up being way more clever and insightful than it should be. I don’t know how a show that has Keith Olbermann making Beyonce puns in one episode, features the title character having ego death in another, and introduces a character named Vincent Adultman (that’s clearly three children in a trenchcoat) in between can be so enjoyable, but I’m not arguing. Especially when Aaron Paul’s character Todd is such a charming idiot. — Picked by Ashley 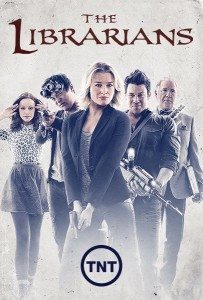 Based on a trio of made-for-tv movies, The Librarians is the next generation and its just as quirky as ever! Staying true to its roots, it’s a show based around finding magical objects and putting them where they cannot cause havoc anymore. The main difference now is, instead of one Librarian, it centers around three Librarians in training, their guardian, and a reluctant supervisor. Occasionally, the main Librarian pops his head in to keep everything in check. It’s a nice blend between Warehouse 13 and all the adorable shows like New Girl. As a fan of the movies, I am excited to see where this show goes in the future and hopefully it’ll become a new must-see for everyone. — Picked by Rebecca 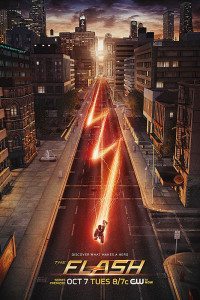 This year saw an influx of awesome comic book adaptations and, while I also love Gotham and Constantine, the clear winner was The Flash. Perfectly matched with fellow CW series Arrow, The Flash adds a sense of humor to the dark comic-based world we’ve only seen through Oliver Queen’s eyes. Though a bit formulaic and predictable at times, the real strength of The Flash is that the series doesn’t take itself too seriously. It’s fun. Even in its darker moments there’s a lightness that comes from the characters, their relationships, and the outlandish predicaments the influx of metahumans have caused in Central City. Supplemented by a number of nods and tie-ins with sibling series, Arrow, The Flash looks poised to stay strong and continue to thrill for a good time to come. — Picked by Sam & Therese 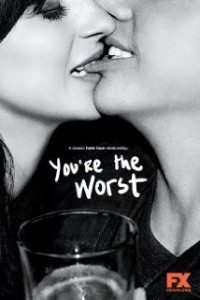 I binge-watched this 10-episode first season a few weeks ago because, as I told one of my friends, it matches the wallpaper of my soul. Like some of the darker or raunchier humor on the network (looking at you, Wilbur), You’re the Worst follows two self-involved, toxic people as they begin a relationship with each other after a one-night stand. Gretchen is a publicist for an up-and-coming rap artist (“Shitstain”), who meets and starts dating Jimmy, a washed-up, self important British novelist, after he ruins a mutual friend’s wedding. It’s a dark, subversive sitcom/rom-com that manages to be hilarious and dark and witty all while having moments of incredible emotional vulnerability at the same time.  The supporting cast is great, the main leads have awesome comedic timing, and the writing is sharp – check this one out before the second season premieres later this year. — Picked by Elise Kulik 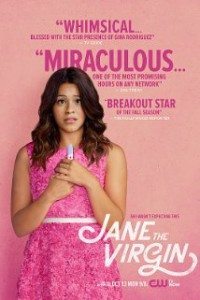 This series has been getting a lot of critical acclaim – and for good reason. I was hesitant to try it because the premise is so ridiculous – Jane, a waitress, closet romance novelist, virgin, and telenovela enthusiast, is the recipient of an accidental artificial insemination. The series follows her and her family as they try to cope with the reality that their lives – and their relationships – will never be the same. The show makes heavy use of the dramatics from telenovela plot devices, but in an ironic, self-aware way that makes the show really funny.  It’s light, enjoyable viewing where all of the characters, especially Jane’s grandmother (who only speaks in Spanish and reminds Jane of her cultural heritage), are magnetic onscreen. I can’t compare this show to any other on television because I’ve never seen anything quite like it – and that’s where Jane the Virgin succeeds. — Picked by Elise Kulik & Therese 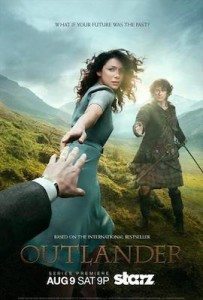 Based on the internationally successful novel by Diana Gabaldon, written in 1991, Outlander finally saw its adaptation to television this past year through the creative mind of Ronald D. Moore. Following the story of a British army nurse from 1945 who has fallen through time to find herself in 1743 Scotland, Outlander is a story that breaks the conventional boundaries of genre. Caitriona Balfe does a tremendous job as Claire Randall, the protagonist who is our guide through her own story as she travels through Scotland during a civil war. Starz does a wonderful job of not only adding to the immense canon of the existing series, but executing an impressive vision that has fans content. Outlander returns in April of 2015. — Picked by Therese