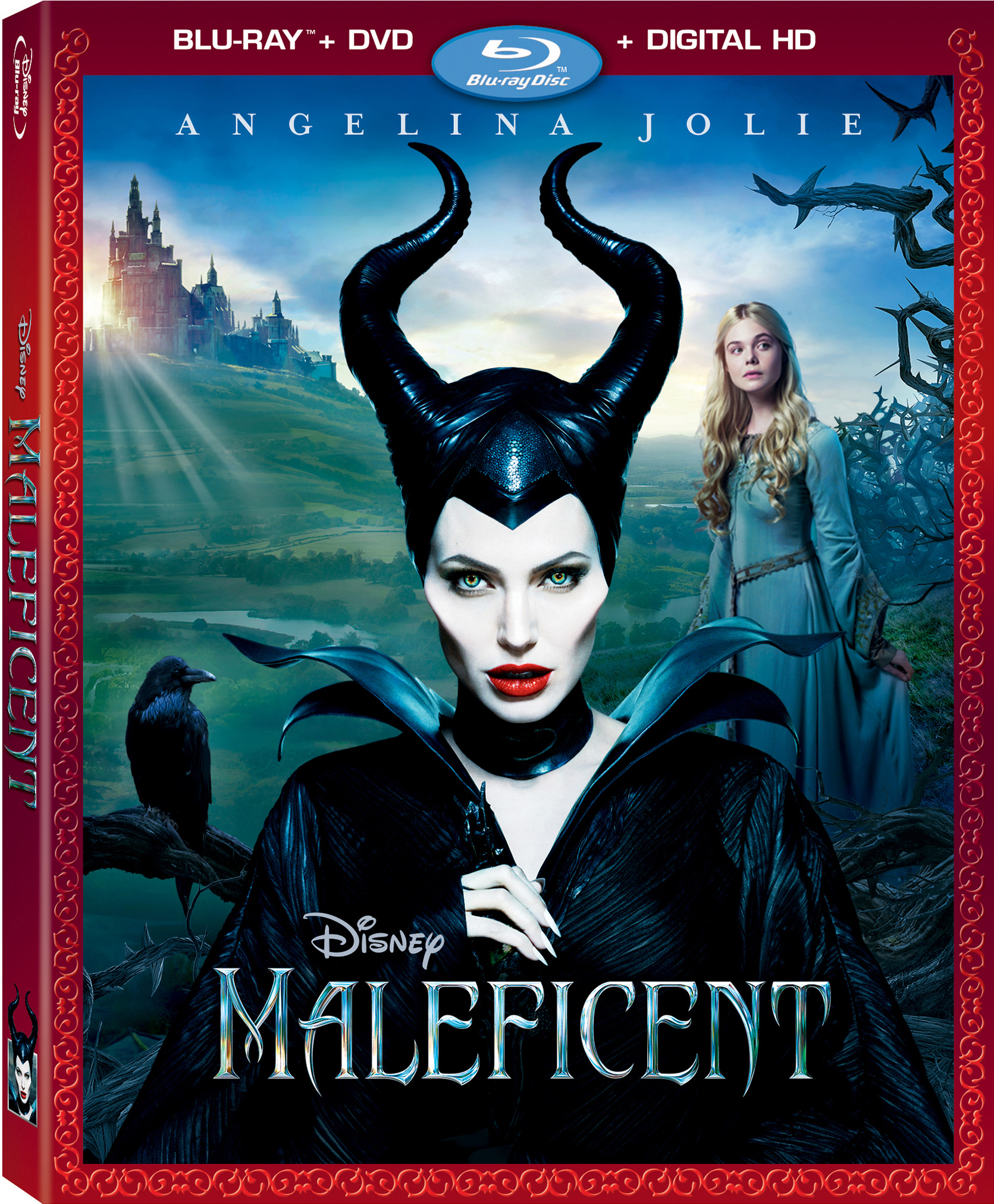 I’m not going to get too specific in my review of the actual film because Therese already did a very thorough (if spoiler-heavy) review back when it was first released in theaters. I will say, though, that I really enjoyed watching Maleficent so soon after Sleeping Beauty was re-released in Diamond Edition. Disney saw an opportunity there and they took it.

I’m so glad that they timed it so Sleeping Beauty came out a good month earlier so that I had that chance to relive the original story before seeing this particular re-telling. There are a significant number of differences between the story and a big part of Maleficent is recognizing the differences between the fairytale and this new reality.

For the most part I liked it. I’m kind of a sucker for good overcoming evil in stories so switching things around to make Maleficent a more sympathetic character? I was skeptical. I like my villains to be bad and my heroes to be good. This story, instead, was more about personal redemption and Maleficent’s history which was not at all pleasant. After watching this movie you really can’t blame Angelina Jolie’s Maleficent for the choices she made. I mean, King Stefan (played by Sharlto Copley) was a total jerk.

Maleficent is a very interesting, captivating take on a character that has fascinated Disney fans for generations. She’s iconic and always will be and this film let’s you imagine a different side to her. She becomes more than just a figurehead for evil and Disney villains in general.

But they are certainly enjoyable!

The first featurette on the blu-ray is all about Elle Fanning’s transformation into Princess Aurora. She is so bubbly and full of enthusiasm. It’s adorable how into the whole role and process she got. From basically day one she was Aurora. Her personality really shines through in the role and just seeing how happy working on the film made her had me smiling the whole time. It was great to see that she really enjoyed making the movie as much as so many people enjoyed watching it.

From Fairy Tale to Feature Film

While watching Elle Fanning fangirl over Aurora and Maleficent was adorable, watching Angelina Jolie’s transformation into Maleficent is something else entirely. Granted, it’s not entirely about Angelina Jolie alone. It’s about the character Maleficent and the entire world that she comes to inhabit. This featurette is probably the most substantial one on the disc because it really goes into how they developed the film and expanded upon the character to make her into what we see in Maleficent. They talk about researching the original fairy tale to find a reason to explain just how far someone can fall and become so evil. A big part about developing the story was turning her into a sympathetic character without losing her iconic vileness. It was cool to see how much influence Angelina had on the film, too, because she wanted that. She wanted to stay true to the character no matter what. The screenwriter talks about how she and Angelina worked really well together throughout rewrites as they both tried to find who their Maleficent was really going to be.

The cutest bit, though, is Sam Riley talking about how awkward it was becoming the various animals as Diaval. He was so embarrassed by the crazy things he did on set. It was adorable. It was also super cute seeing Jolie’s daughter, Vivienne, on set not just with her mother but with pretty much her entire family!

Always my favorite part of a home release, the deleted scenes from Maleficent do not disappointed. Some of them were short and pointless but a couple others added a lot to the story. One involved Stefan, still working as the king’s footman, coveting the crown while King Henry goes on about greed and desire. It says a lot not just about Stefan as a character but the hearts of men as portrayed in this film. It not only expands upon Stefan’s ambition but also on Maleficent’s reason to hate him and mankind so much. Another scene involves Diaval appealing to Maleficent’s better nature and it’s cute if short. The same can be said of most of the other scenes which generally feature the three fairies – or pixies as they seem to be called in this movie – doing silly things and the like.

One scene I’m glad they did cut? Apparently the pixies were supposed to have gone around the castle looking for young men and essentially force them to kiss the sleeping Aurora. At least the boy in the film – called ‘Squire John’ – didn’t want to do it. But still. Could have been a really weird scene…

There were a couple other special features in the disc. One is a six minute feature on the filming of the epic battle between King Henry’s men and the defenders of the Moors. It’s a really cool little look at the filmmaking process and people who like to see how those kinds of dynamic scenes are created should like it. Similarly, people who enjoy seeing how films go from filming to final product when it comes to CGI and digital editing will enjoy “Maleficent Revealed.” It goes through various scenes and overlays the initial film with the final product. It’s actually really cool and it’s displayed to the narration from the various parts of the film.

Maleficent is a really unique take on the classic story of Sleeping Beauty and it kind of makes me want to see what Disney could come up with for other well-known villains. Could other characters – for example, the Little Mermaid‘s Ursula – be due for a fairy tale re-telling? Once Upon A Time has done wonders for other fairy tale villains, after all. I think it’d be great to see more of them explored further!

Final Thoughts:
This is definitely a great release for what will likely become a new Disney classic. The special features are great if just because they show how excited everyone was to build upon the story of Sleeping Beauty and Maleficent. I think this would be a great holiday gift for any princess fan in your life. And it builds upon a great new trend in Disney story telling that recognizes that true love can be between anyone – family and friends. It’s not just princesses and princes. Definitely pick it up!

A REVIEW COPY OF MALEFICENT ON BLU-RAY WAS PROVIDED FOR THE PURPOSE OF THIS REVIEW. NERDOPHILES WAS NOT COMPENSATED FOR THE REVIEW AND THE OPINIONS HERE ARE OURS AND OURS ALONE.