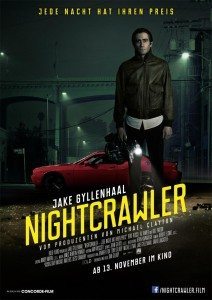 Louis Bloom (Jake Gyllenhaal) is a fascinating character in that he’s simultaneously a short-changed criminal and a highly professional businessman. He continuously speaks in corporate buzzwords while referencing unquestionably amoral activity; he hires his assistant Rick (Riz Ahmed) as an intern and rants to him about career ambitions, even though Rick is a homeless degenerate with no experience.

As Nightcrawler begins, Louis Bloom (Jake Gyllenhaal) is barely getting along, stealing chain-link fences for scrap money, but he clearly wants to find a job and work his way up. When he witnesses a car accident and sees freelance journalists appear with cameras, he realizes he can start his own business, so he buys a cheap camcorder and a police radio and starts filming. The practice quickly starts turning a profit, as Louis has the business know-how to work the beat efficiently, while also having no restraints about breaking into houses or altering crime scenes as long as it gets him a better camera shot.

The oxymoronic character manages to work only with a degree of psychopathy, which the script makes clear without overly drawing attention to it until late in the film.  Nightcrawler avoids otherizing Louis the way most movies would, instead portraying him as a simply unusual man who thus thinks of everyday activities in a somewhat different way. He explicitly manipulates others for sex, he breaks ethical boundaries without a second thought, and he rarely makes a move that doesn’t work in some way to benefit his company. 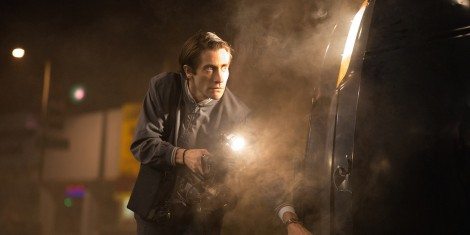 Nightcrawler doesn’t hide the fact that it’s mainly around as a vehicle for Jake Gyllenhaal (the film contains few shots without his face) so thankfully this is one of his best performances. He performs the bizarre protagonist remarkably fluently and comfortably, with results that range from unsettling to hilarious. Gyllenhaal’s portrayal is largely calm, light-hearted, and direct, which only serves to amplify the character’s creepiness and subdued intensity. The other actors complement him well; Riz Ahmed’s Rick is subtle but strong, much more toned-down than most characters of the same archetype, and Rene Russo’s more in-your-face, impassioned role as Nina the local news producer provides a needed contrast.

Unfortunately, the film’s most interesting characteristic is also its biggest disadvantage. Louis is unrelatable to the degree that it’s difficult to ever root for him, let alone become invested in his story. In fact, the stakes are never too high for him in the first place – yes, he’s clearly putting himself in danger, yes, his work his highly unethical, but he faces relatively little resistance anyways. The viewer realizes these issues, but the other characters rarely confront him on the matter, making the problems lose their immediacy. All this makes Nightcrawler a thriller relatively devoid of thrills. 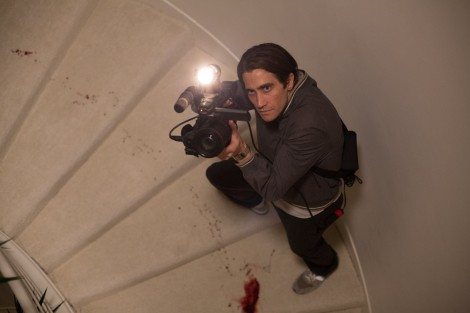 If it seems like I’ve talked almost entirely about Gyllenhaal’s character, it’s because there’s not much else there. The film poses a few questions about ethics in journalism and how modern television news focuses primarily on problems that exclusively concern rich white families, but it only brings these up in passing. None of the other characters have much of an arc, and the relationship between Louis and Nina only shows it’s buds before almost completely disappearing. If you see Nightcrawler, you get Louis Bloom. And for the most part, that’s plenty.

Final Thoughts:
Nightcrawler‘s poster and trailers sold it as a sleek, sexy thriller, and that it is not. But Gyllenhaal leads this still-fascinating profile of one of the more unique and fully-realized characters in recent film history.